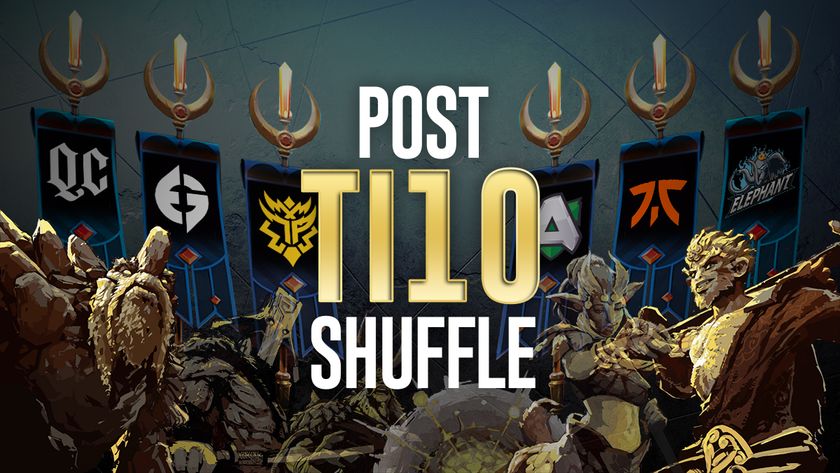 With the end of The International 10, the traditional post-TI shuffle period has begun.

Team Spirit pulled off the unthinkable when they took down the Chinese juggernaut, PSG.LGD, in the grand finals of The International 10. It was electrifying and left the entire Dota 2 scene buzzing.

Before the grand finals teams could catch even a wink of sleep, the traditional LFT tweets and team shuffle announcements started to appear.

So far there has been no information of what to expect going forward for the upcoming DPC 2021-2022 season, but teams and players are starting to look at their options before the leagues start expected to begin in approximately five weeks -- mid to end of November.

Here you can find all the confirmed changes for the upcoming season and ignore the trolls, rumors, and anxiety.

With a complete overhaul to the roster, OG's new lineup will be led by Mikhail "Misha" Agatov and includes Tommy 'Taiga' Le.

Invictus Gaming make just one roster change ahead of the next Doa Pro Circuit replacing their long standing captain , Hu "kaka" Liangzhi with Pan "Fade" Yi, who makes his return to the competitive scene under a new nickname.

Virtus.pro will fight in the upcoming Dota Pro Circuit with a 17 year old player, continuing their commitment to nurturing young talent.

Two time TI champion with OG, Jesse “JerAx” Vainikka makes a return to the competitive Dota by joining Evil Geniuses. The roster is rounded up by former Virts.pro carry, Egor “Nightfall” Grigorenko who will make a role chance and will play in the offlane for EG.

Fnatic have locked in their roster for the 2021-22 Dota Pro Circuit and will undergo a role adjustment to welcome a new support to their ranks. This time around Anucha "Jabz" Jirawong will be moving to the offlane and will continue to lead the team, while position five will be taken by the former OB.Neon support, Jaunuel "Jaunuel" Arcilla.

With the post TI10 shuffle window coming to a close this weekend, on the 21st of November, Royal Never Give Up will start the new DPC season from the lower division of the first China Tour with three of the TI8 grand finalists reuniting under their roof.

From the TI10 line-up, it’s only Yang "poyoyo" Shaohan who will continue in the next competitive year under the VG banner. He will be joined by up and coming players from the region, most of them with no big LAN experience in their hands.

After several years of a successful career under the OG banner,  Sebastien 'Ceb' Debs will be stepping away from playing competitive Dota 2.

Team Secret are ready to roll in the 2021-22 Dota Pro Circuit that is set to begin at the end of November, on the 29th.

After parting ways with zai and MATUMBAMAN, Team Secret swapped Nisha back to the carry role and welcomed the mid lane king into their ranks. Syed "SumaiL" Hassan is finally returning to the mid lane after playing for more than a year in the carry position.

Some of the finest CIS players will start the next Dota Pro Circuit unsponsored and will have to crawl their way into the upper division of regional leagues through open qualifiers and then lower division matches.

MATUMBAMAN and zai will continue to play together, but now they will wear the Team Liquid jersey.

Although ViCi Gaming did not make any official announcement yet regarding their roster and their plans for the next competitive year, two of their members will reunite with Zhang "Eurus" Chengjun, who has changed his nickname back to Paparazi.

TNC Predator reveals their new roster to be led by Kim "Febby" Yong-min.

Hong Kong-based organization Talon, enters into the Dota 2 scene for the upcoming DPC 2021-22 season with a full lineup. The addition of Tal "Fly" Aizik into the lineup signals big changes for the NA giants Evil Geniuses.

Two weeks after Team Secret bid farewell to Ludwig "zai" Wåhlbergs, the roster goes down to three members as Lasse "MATUMBAMAN" Urpalainen departs from the team.

In an official post made on their Weibo page, Elephant announced that while for Zhang "Eurus" Chengjun and coach Bai "rOtK" Fan the contract have naturally come to an end, the organization has also decided to terminate the contracts with Lu "Somnus" Yao, Zhou "Yang" Haiyang and Xu "fy" Linsen, who are now free agents and can look for other opportunities without having to deal with another transfer burden. At the same time, Xie "Super" Junhao, who joined the team ahead of the TI10 regional qualifiers on loan from Royal Never Give Up, will return to his organization.

After Rodrigo "Lelis" Santos was first to officially announce his departure from the team, Arif "MSS" Anwar was next to take his leave from Quincy Crew. Now the NA team has finalized their roster for the upcoming season with a mix of EU/SEA players

Hours after Ludwig "zai" Wåhlberg announced he was taking leave from Team Secret, Team Liquid reported him joining the team.

At this point, there is no official word on which player(s) are out of the team and what/if any role changes will be made.

Roster changes are now upon Team Secret, as zai departs from the organization to pursue new opportunities.

Filipino organization OB Esports x Neon shook up their roster entirely after the conclusion of the 2021 Dota Pro Circuit and will enter the next competitive year with a brand new squad.

BOOM Esports will enter the next Dota Pro Circuit with almost a full new roster, and while the final puzzle piece is yet to be revealed, the organization has acquired Chai "Mushi" Yee Fung to take the coaching role.

A week after ​​​​​​Rodrigo “Lelis” Santos left the team to pursue new opportunities, Arif "MSS" Anwar followed suit, announcing his interest in moving to Europe for the next competitive year. With his departure from the team, Quincy Crew is down to three members.

Alliance have made an additional announcement regarding their Dota 2 roster for the upcoming season.

Gustav "s4" Magnusson was one of the team members from the TI3 championship lineup for Alliance. He returned to Alliance after four years of playing for OG and Evil Geniuses and took the challenge of bringing Alliance to the highest ranks.

After placing 9th/12th at The International 10, the two latest additions to the Fnatic roster are first to depart from the team as their contracts with the organization have come to an end.

After Alliance took a disappointing 9-12th place finish and ahead of the DPC season 2021-2022, the team has announced changes to the roster as they bid farewell to Artsiom "fng" Barshak and Linus "Limmp" Blomdin.

After taking a disappointing 17-18th place finish at TI10, Brazilian team SG esports has announced they are parting ways with their TI10 roster and will have a new lineup for the upcoming DPC season.

The emerging European team led by Giorgos "SsaSpartan" Giannakopoulos has replaced their carry player Tasos "Focus" Michailidis with Dimitry "Nefrit" Tarasich from Ukraine according to the roster registration page. Focus is already searching for a new team for the upcoming season.

Shortly after  Jack "KBBQ" Chen hinted at major roster shake-ups, Rodrigo "Lelis" Santos is first to officially announce his departure from the team

A rather emotionally and mentally difficult road leading up to TI10 ended with the rising NA giants being knocked out in the second round of the lower brackets by OG. The result was a 9-12th place finish and some incoming roster changes.

After a disappointing finish in last place without securing a single win at The International 10, Thunder Predator have announced that the team and players have parted ways under amicable conditions.

Is this your favorite time of the year aside from TI itself?

Yes, I love the shuffle season
Thank you for voting!
No, I hate to see the rosters fall apart
Thank you for voting!
Cristy “Pandoradota2” Ramadani
Pandora is a behind the scenes Dota 2 professional Jack of All Trades. When not busy with Dota 2 work, she is out trying to save the world or baking cupcakes. Follow her on Twitter @pandoradota2
Share Tweet
1,163 people reacted to this post

PSG.LGD are the first grand finalists for TI10