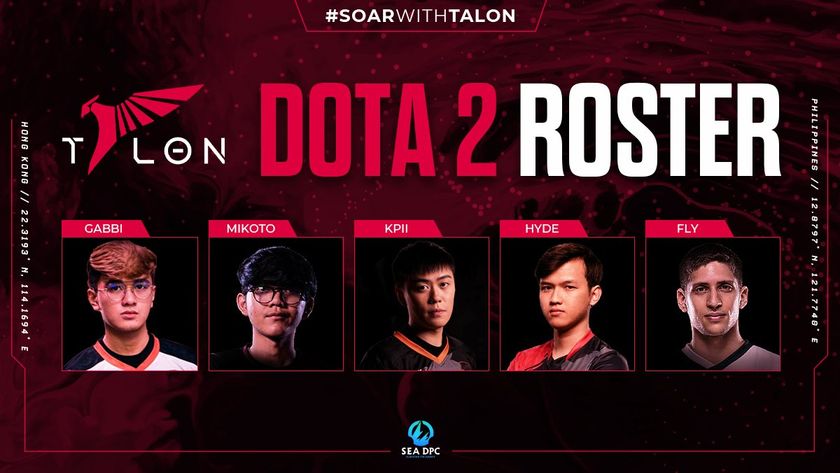 Hong Kong-based organization Talon, enters into the Dota 2 scene for the upcoming DPC 2021-22 season with a full lineup including Fly and kpii.

The roster lock period for the Dota 2 DPC 2021-22 'first tour' is less than a week away. Teams are making their finalized roster announcements and some big shifts seem to be happening around the globe.

Among them, is the entrance of Talon into the scene with a lineup that is certainly turning heads. 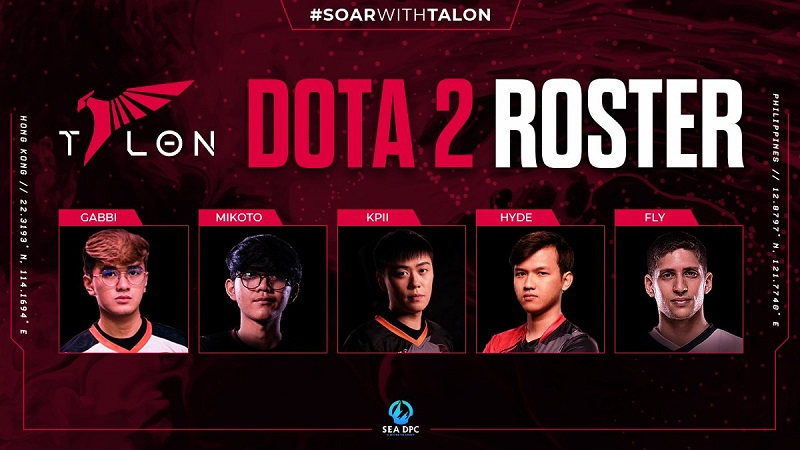 Talon is already active in the MOBA genre with multiple championships in League of Legends and Arena of Valor. The Dota 2 squad will be based out of the Philippines and will be competing for the SEA region.

DOTA 2 has been a game that we have long sought to enter and finally in 2021, we have arrived. The Philippines will be the home of our new squad and we look forward to embracing the passionate fan base of the country,” said Sean Zhang, CEO of Talon. “We have put together a supremely talented roster with the goal of contending for majors and of course the International next year. With a team of content creators and social media staff we will look to engage closely with the community so that all our fans can come with us on every step of this journey.

The addition of Tal "Fly" Aizik into the lineup signals big changes for the NA giants Evil Geniuses.

The Southeast Asian region has always held a special place in my heart, with its passionate fans and raw Dota power. It will be intense, yes, but I am looking forward to competing under a fresh banner and alongside this talented roster. I am excited for a new era of SEA Dota.

The team is a mix of veterans —fly, Damien "kpii" Chok and Kim "Gabbi" Villafuerte — and lesser-known (outside of SEA perhaps) players. Brizio Adi "Hyde" Putra Budiana and Rafli Fathur "Mikoto" Rahman both hail from Indonesia and previously played for BOOM Esports.

Do you think this lineup will create waves in SEA?

Yes for sure
Thank you for voting!
Nah, they will struggle to keep afloat
Thank you for voting!
Cristy “Pandoradota2” Ramadani
Pandora is a behind the scenes Dota 2 professional Jack of All Trades. When not busy with Dota 2 work, she is out trying to save the world or baking cupcakes. Follow her on Twitter @pandoradota2
Share Tweet
217 people reacted to this post