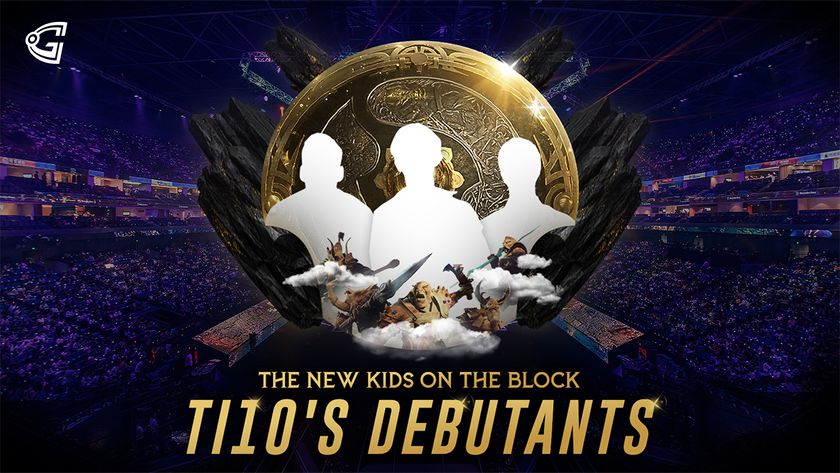 One of the highest honors for Dota 2 players is to compete at The International. Thirty-three players will grace the stage for the first time at TI10.

2021 was quite a whirlwind of a year. After more than a year of hiatus, LANs and the DPC were back on the menu. There were challenges and obstacles for players around the world, but also opportunities.

Break-out players made a splash on the international scene from around the world. This year 33 out of 90 players from across the four corners of the globe will make their International debut. Two full teams are full of new kids on the block and four more teams the majority of the players are making their maiden voyage to the stage. Twelve teams out of 18 have at least one debutant on the roster.

As prize pools continue to rise and esports draws more and more attention from investors, sponsors, mainstream media, and fans, more and more players are trying to get a piece of the pie. The industry, let alone on a professional level is a tough nut to crack – but these players have broken through to achieve greatness.

Without further ado, here are our TI10 debutants. Photo courtesy of ONE Esports

South America has had an absolute banger of a year in Dota 2. The once overlooked region has risen up to the top to become a true contender on the international circuit.

Three South American teams will be competing at The International this year. Peru will be represented by 10 players —11% of the total player pool and six players will come in from Brazil, which is the fourth most represented country.

Out of the 15 players from the three teams representing the region, NINE of them are appearing on the TI stage for the first time.

Thunder Predator's entire roster are newcomers. These underdogs stole the hearts of fans across the world in their ONE Esports Singapore Major run and earned a place at the TI10 table.

SG e-sports became the 14th team to claim a ticket to the most important tournament of the year after an impressive run through the upper bracket.

For them, four of their players are going to make their first appearances.

China has FIVE teams that are going to be competing in Romania at The International 10 in October. It has also been five years since the region last took home the Aegis of Champions. There is little doubt that the teams from this region are strong contenders and are expected to dominate the brackets.

Invictus Gaming has developed into quite the beast and has done so with young and fresh blood. They took the first DPC 2020-2021 title at ONE Esports Singapore Major and iG has all the promises to reclaim the Aegis eight years after the organization’s first victory at TI2 and they will be doing so with three new faces on the TI stage —two of which will bring even more pride to SEA as well.

PSG.LGD has struggled as a club since their loss to OG at TI8 and then third-place finish at TI9. They were in shambles mentally and needed to change things up. The revamped roster has been a breath of fresh air and the team has been a standout presence in the DPC.

Cheng "NothingToSay" Jin Xiang who actually hails from Malaysia is a force to be reckoned with. The 12K MMR mid laner will be making his TI debut this year and it will most likely be just the first of several in his career.

ViCi Gaming will be bringing Yang "poyoyo" Shaohan to TI10. This young carry player reached 10k MMR over the winter and boasts a record of 28 kills in a single game — achieved on Juggernaut in Game 2 of WePlay AniMajor against PSG.LGD

Team Aster secured their place in the DPC rankings at 9th. Their 9-12th place finishes at both ONE Esports Singapore Major and at WePlay AniMajor were disappointing, but the fact remains that they did qualify to participate in BOTH events this year. Since then they took first place at i-League (where they donated all of their winnings) and fourth at OGA Dota Pit. Their newcomer started playing with the team in August 2020 but only began playing Dota 2 in 2017! 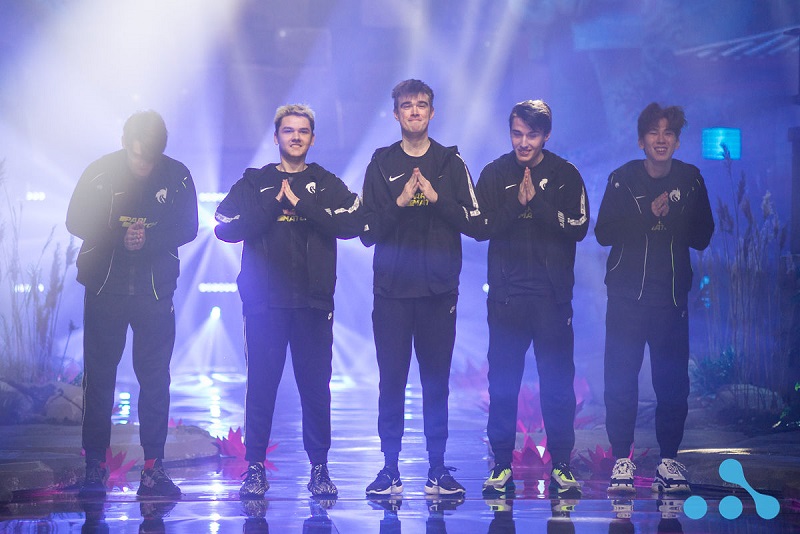 The CIS (or now more commonly known as the Eastern European) Region is beginning a new legacy of names in Dota 2.

Team Spirit has risen to the top of the CIS chain over the course of the last year. They grew into a true tier-one contender through the DPC 2020-2021 season. Even though they missed the first Major of the year, after the AniMajor it was already clear that they were the main favourites in the TI10 qualifiers. Their upper bracket run proved it even before clinching the highly coveted spot for the region. This roster is 4/5 newcomers to TI and fans are definitely excited to see what they will bring to the table.

Virtus.pro has brought forward an entirely new generation to the bears banner. Started as VP.Prodigy in April 2020, they outshined the main VP team and by mid-September 2020 they became the only lineup to represent the iconic organization. VP’s line-up is the youngest to have ever reached the TI stage, with all players being 19 to 20 years old.

It wasn't smooth sailing for Fnatic this year as they charted their course for TI. They took a disappointing 9-12th place finish at ONE Esports Singapore Major and then failed to qualify to compete at WePlay AniMajor. In order to set a new direction, the team welcomed on board Yang "Deth" Wu Heng, and moved Ng Kee "ChYuan" Chyuan back into his rightful position in the mid-lane. These two players must have been what the team needed. Fnatic's reverse sweep over TNC Predator in the TI10 qualifiers gave them the highly coveted spot in Romania.

T1 is the only team from SEA to have secured a spot at the biggest event of the year via Dota Pro Circuit points. The South Korean organization made their foray into Dota 2 in 2020. This is an organization that has won three World Championships, solidifying its reputation as the best LoL team of all time.

In an attempt to find their footing in the Dota 2 space, the team recruited young talent Nuengnara ‘23savage’ Teeramahanon. The teen holds the honour of becoming the second person to reach 11k MMR and now has over 12k MMR. Of course, he isn't the only youngster on the team. In fact, it is also a team that is 4/5 TI newcomers. Matthew "Whitemon" Filemon and Kenny "Xepher" Deo are the first two Indonesian players to qualify for The International. 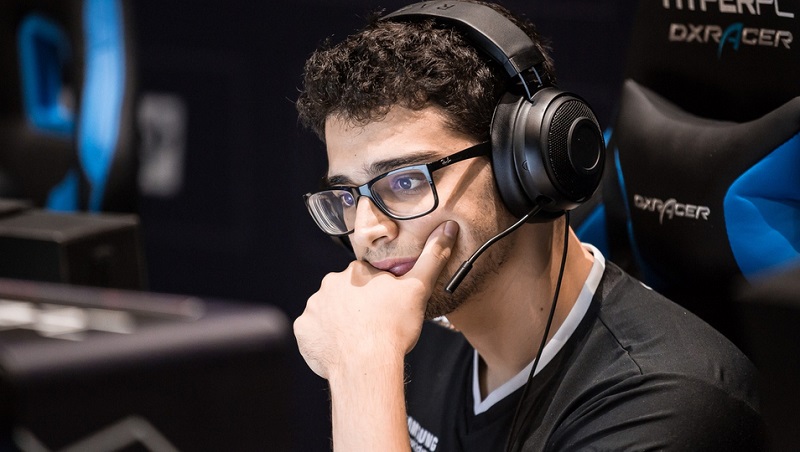 Quincy Crew became known as the North American team that threatens to dethrone Evil Geniuses' grasp on the region's monopoly. Their final form (lineup) when Rodrigo "Lelis" Santos joined in June 2020 had established themselves as the new Kings of NA. They dominated offline events and took home nine titles and one second-place medal in the ten events they participated in leading up to the DPC 2021 Season 1 league. Through thick and thin they have stayed their course and now give Lelis a chance to shine on the International stage for the first time.

Undying is the second team in NA that has decided to make a go of the International 10 without a sponsoring organization. Formed at the beginning of the year, Undying competed through the entire 2021 Dota Pro Circuit without an organization. They didn't compete in any of the Majors this year but were able to find their way to Bucharest via the regional qualifiers.

That means, two more players will get a chance to grace the International stage for the first time. Jonathan Bryle "Bryle" Santos De Guia's name has been circulating around the NA scene for quite some time, making a name for himself. He had the highest average kills per game (9.50) during Season 2 of the 2021 DPC NA upper Division. Jonáš "SabeRLight-" Volek will be playing for the NA team but fans from home in the Czech Republic will be rooting for him.

Did you realize that there were so many new faces at TI this year?

Yes, it was obvious that some regions were giving new blood more chances
Thank you for voting!
No, I was surprised to see this
Thank you for voting!
Cristy “Pandoradota2” Ramadani
Pandora is a behind the scenes Dota 2 professional Jack of All Trades. When not busy with Dota 2 work, she is out trying to save the world or baking cupcakes. Follow her on Twitter @pandoradota2
Share Tweet
140 people reacted to this post