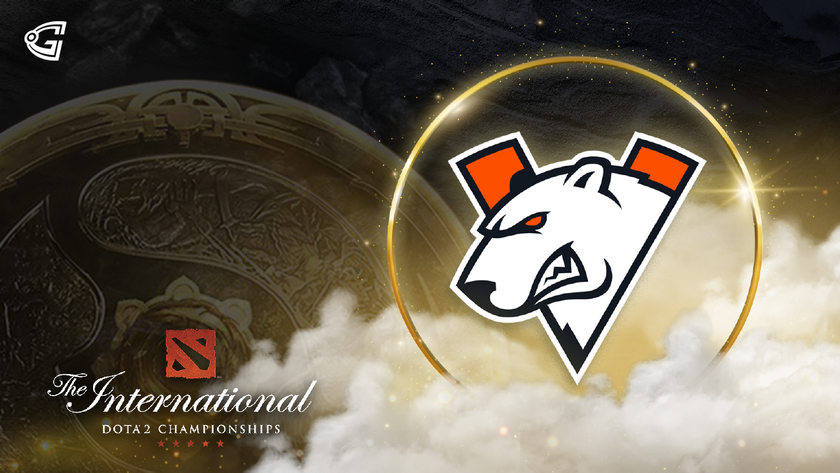 The International 10 is just a couple of months away from happening in Bucharest, Romania with a stunning $40,018,195 total prize pool, and a brand new Virtus.pro roster aiming to make history for the organization.

From TI5 to TI9, Virtus.pro have always been considered one of the top contenders at the Aegis and fans from all over the world had high expectations for the team which they dubbed “The Bears.” But what VP got famous for in regards to the TI performance was their tendency of getting stuck in the top six. They placed 5th-6th at three TIs, in 2015, 2017 and 2018. VP’s brilliant performance outside TI and the ability to constantly reach grand finals, claim trophies, sometimes with wacky challenges set for themselves, such as never repeat a pick through an entire tournament, made them not only the best CIS team but also a highly feared contender worldwide.

However, The international 2019 was a disaster of epic proportions for the bears, who got eliminated 9-12th after two consecutive losses in the main event. The result demanded drastic roster changes and in the post TI9 shuffle Roman "RAMZES666" Kushnarev and Pavel "9pasha" Khvastunov were dropped from the roster. By the end of the year, Vladimir "RodjER" Nikogosian was also released from the team and the two VP veterans Alexey "Solo" Berezin and Vladimir "No[o]ne" Minenko were tasked to nurture two promising talents with no competitive experience to their names.

A new generation has to take over

Egor "Nightfall" Grigorenko, back then playing under the epileptick1d tag, and Vitalie "Save-" Melnic joined in the carry and support four positions respectively, their addition marking a turnaround point for the organization. Ironically, the first big LAN they attended with the two youngsters, ONE Esports Dota 2 World Pro Invitational Singapore, brought another top 6 finish for Virtus.pro. Even so, the two new players were promoted from trials to full members after that tournament and VP seemed ready to work their way back to top contenders. Unfortunately, the 2020 year messed up everyone’s plans and VP made no exception.

Oftentimes it came into discussion the rather big 11-year difference between Solo and the two youngsters and how the age difference impacted their chemistry. After a disastrous run in the DreamLeague - Leipzig Major at the very beginning of 2020, where VP were eliminated bottom four with a 0-4 game score in the group stage, Nightfall and Save were removed from the team, but their undoubtedly high skills prompted the organization to kick-start an academy line-up, where they built a team around them.

VP.Prodigy was introduced on the first of April 2020 and through the first few months of online competitions, forced by the pandemic, the organization had to choose between which of the two teams would compete in which tournament. VP.Prodigy, although it featured a couple of roster changes before finding the perfect formula, outshined the main VP team and by mid-September 2020, all VP veterans were moved to an inactive status. In November of the same year the old guard was dropped by the organization, marking the end of an era for Solo and co, while VP.Prodigy was promoted as Virtus.pro’s main team. 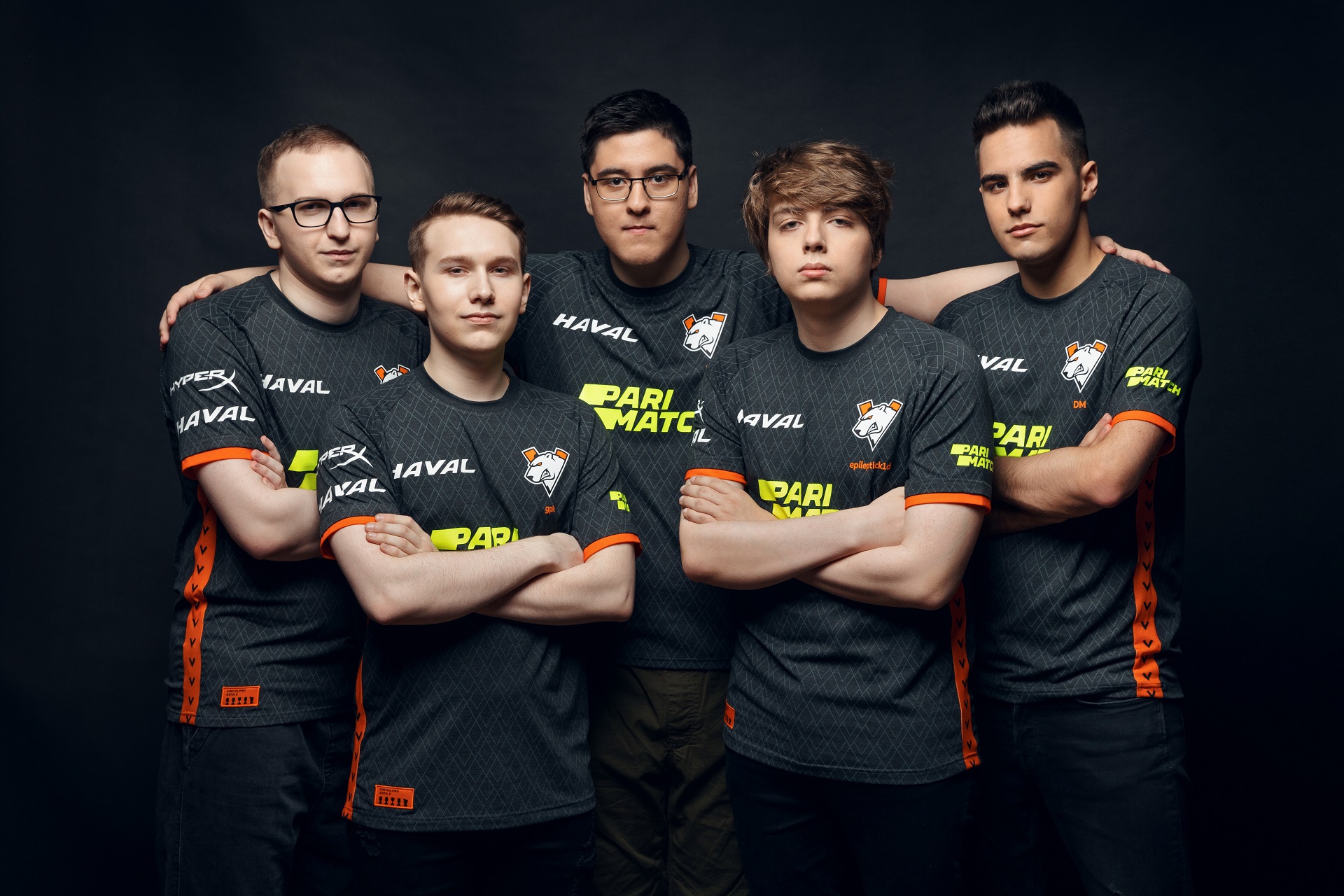 Much like in their time as VP.Prodigy, the newly promoted roster went on to dominate the Eastern Europe Regional Leagues of the 2021 Dota Pro Circuit. In fact, they were the only team across all regions to finish with a clean 7-0 series score in both seasons of Regional Leagues. The 1000 DPC points gathered by placing first in both league seasons secured them a spot at The International 10, and the flawless run they had in the online leagues emboldened VP captain, Save- to state in the winner interview at the end of the second season that he felt like “it was too easy.”

His words made total sense when watching the team performing on LAN. For most of the VP new roster, the Singapore Major marked only their second LAN appearance, and the lack of experience put them at a disadvantage in many aspects.

The Singapore Major forced Virtus.pro to adapt to their much more experienced opponents at a very fast pace. Coming to the Major without a coach or an analyst, pushed them into frantically swapping heroes from one match to another without perfectly recognizing what went wrong and how to improve on the mistakes. They ended up being eliminated in the second round of the lower bracket, with Gpk having played 7 different heroes in just as many games and Nightfall playing 6 different heroes in 7 matches.

AniMajor came with an even worse result. VP got knocked out of the tournament 9th-12th, after two consecutive losses, which opened the discussion about the DPC format and how beneficial it is or not for a team to be seeded straight into the Major playoffs.

While admitting that they made “a lot of macro errors that shouldn't have happened,” Save- stated in an official post event interview for the Virtus.pro official YouTube channel that in his opinion, “the DPC system is flawed,” and that Virtus.pro “would have been better off starting from the group, flaring up, playing official games and testing the meta, rather than starting from the playoffs.”

DM expressed a similar opinion saying “I think if we had started with the group stage, we would have performed much better. In this case, the team would not have felt such pressure.”

Bottom line is that Virtus.pro looked completely different in the LAN setup. They were nothing close to what fans expected them to be and heading into The International, a tournament hugely known for the type of pressure it applies even on the veterans of the scene, the team needs to find a way to deal with it.

In the aforementioned interview, Save- acknowledged that after the WePlay AniMajor, they “finally realized” that they need some kind of help from the outside. “We are at the final stage of finding a person who will help us solve all our problems with an outside opinion. Maybe it will not be a game coach, but a specialist in some other things, so that by The International 10 we have everything at the highest level,” he added.

VP’s claim at the Aegis

From a team stacked with veterans of the scene, Virtus.pro will step this year on The International 10 stage with a youth roster that they have invested all their resources into developing. VP’s line-up is the youngest to have ever reached the TI stage, all players being 19 to 20 years old. They are also all TI debutants and if we take into consideration only their performances at the Majors, their claim at the Aegis is really thin.

But, as The International proved many times before that this is the tournament were all dreams can become true, and if VP find the right person to guide them through what will be their most important matches to date, the energy they can bring to the games, the flawless execution they showed in so many online games and the elevated CIS aggressive style that they have displayed in the past, can make VP a champion team. It’s all in their power to keep the nerves in check, adapt to the tournament meta as it will develop through group stage matches and come into the playoffs ready to write history.

Will Virtus.pro have the power to push themselves into the TI10 grand finals?