Thunder Predator and Neon Esports stole the show at ONE Esports Singapore Major with their unexpected and dramatic runs.

It is said that every LAN event has its own Meta. But it is also true that each one has something that makes it stand out from the rest, defines it. Sometimes it isn't always a good thing  — Shanghai Major or Galaxy Battles ring a bell?. Other times it is sensational, such as OG taking the championship title at The International(s). Both times the storylines were captivating and intoxicating.

ONE Esports Singapore Major was the first LAN in over 14 months. It was the first real cross-regional affair of the year. It could be considered the Stand-in Major. But when the broadcasts started, it became all about the games.

And for many, the spotlight ended up being cast on two unlikely teams —Thunder Predator and OB.Neon Esports.

Both teams ended up with commendable, if not fantastic, 5/6 place finishes, $25,000, and 300 more DPC points. At the end of the first season, they are tied overall in 5th place of the DPC rankings worldwide.

OB.Neon Esports; Odds stacked against them 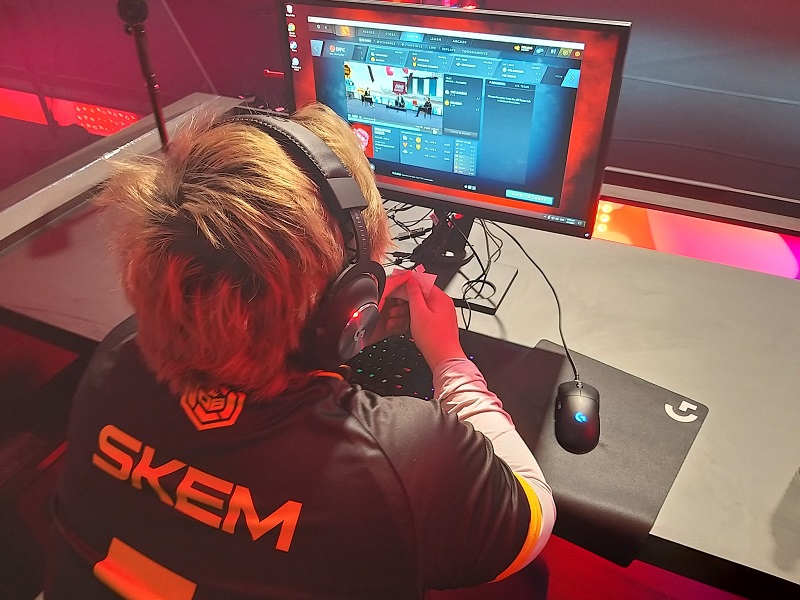 Neon Esports, the rising SEA force turned heads as their flourished in the round-robin league portion of the DPC 2021 Season 1. They came into the season looking fully prepared and methodically overpowered their opponents.

Neon delivered some of the biggest upsets and went undefeated for five weeks. Fans around the world couldn't wait to see them in action against the biggest international teams.

However, they were forced to arrive at the Major with a stand-in and a few role swaps inside the line-up in order to make room for Rappy. And then the stand-in needed a stand-in. Due to COVID contact, Rappy could no longer compete with the team needed to isolate. Local player Yang "Deth" Wu Heng stepped in for the team halfway through.

What could have turned out to be one disaster after another for Neon, turned lemons into lemonade. Neon's first day was disappointing, to say the least. In three series, they only took 1 win.

Enter Deth. The second day the team was able to turn things around and take a full series and tie up the other two —securing four wins and a place in the playoffs.

The success didn't stop there. Once in the playoffs (albeit in the lower brackets) they went on to overwhelm Fnatic 2:1and  ViCi Gaming 2:1 before being overpowered by Team Secret 2:1 in Round 3 of the lower brackets. A thrilling run that was completely unexpected and flipped most of the narratives and predictions on their heads. The Peru-based team had been steadily climbing the ranks in the region and was starting to look to be a real threat to beastcoast, who has previously held the region in the palm of their hands. At the start of the season, on January 1st they made a roster change, replacing two players and it was unclear how much it would benefit or hurt them.

The team was unassuming in the South American DPC 2021 Season 1 league play. They took a 0:2 loss in the first week, rose up again in week 2 before taking another 0:2 loss in week three. By halfway through not many had given them any real thought. And then they did it. They went the last three weeks dominating their opponents and rising up to a surprising second place in the group to finish with a 5:2 series record. It was enough to head to ONE Esports Singapore Major.

They crushed top European and Chinese squads and took down the NA second seed team to end the first day of matches with an incredible 8-0 score.

They continued their dominating streak on the second day, proving it wasn't just a fluke —taking first place in groups and advancing to the upper brackets in the playoffs.

Their reward was to face Team Secret right off the bat. Not completely unexpected, they fell to the EU giants 2:0 to the lower brackets.

From there though they made their way, eliminating two more teams —Team Aster and Virtus.pro before their time was up.

Are these the stories that make Dota 2 special and hype?

Yes, I absolutely love this
Thank you for voting!
Nah, Its only about the gameplay for me
Thank you for voting!
Cristy “Pandoradota2” Ramadani
Pandora is a behind the scenes Dota 2 professional Jack of All Trades. When not busy with Dota 2 work, she is out trying to save the world or baking cupcakes. Follow her on Twitter @pandoradota2
Share Tweet
45 people reacted to this post