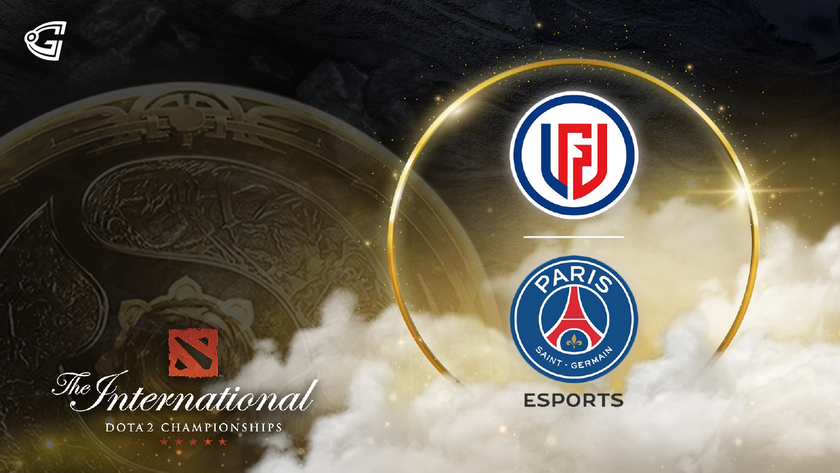 China will have five teams fighting this year on The international 10 stage for a shot at the most wanted trophy in the professional Dota 2 scene. One of the five squads is the reinvented PSG.LGD, who once again seem to be strong contenders to claim the Aegis.

PSG.LGD is coming to TI10 after a very turbulent period in which they underwent the biggest shuffle in the club's existence.

Defeated on all fronts

After being eliminated at TI9 in the lower bracket finals, and having to watch OG become back to back TI champions, PSG.LGD players had a very hard time coping with the defeat. Their mental state was in such poor condition that even the team general manager, Pan Fei, publicly stated that they felt “powerless and desperate.” “After TI concluded, we had some sort of mental turbulence,” he added, explaining the teams’ decision to actually skip the first Major of the 2019-2020 Dota Pro Circuit.

Internal conflicts were brought into the discussion more often than not and even confirmed by team members in the few interviews they gave in early 2020.

After skipping the first Major of the new season, PSG.LGD got bested in the open qualifiers for the second one and by the time the third Major qualifiers came around, the internal conflicts were so intense that they were “forced to make a roster change out of the blue,” xNova recounted in May 2020,  after PSG.LGD went through three different carry players in the span of three months.

Truth to be told, PSG.LGD were in such bad shape after TI9 that if the TI would have been held in 2020, they most likely would have either not been qualified for it or gotten eliminated extremely early in the competition. The solution to the obvious crisis came from the players themselves, who decided that they needed a fresh start elsewhere in order to be able to fully reset. As their contracts came to an end mid-2020, Lu "Somnus" Yao and Xu "fy" Linsen decided to stop their long tenure with PSG.LGD and chose to take a leap of faith with a new entry on the Dota 2 Chinese professional scene. Their departure triggered a domino effect and, just like that, the team that for many years rocked the Dota 2 world was no more.

Without many options at hand, PSG.LGD ended up doing basically a trade with EHOME and by the looks of it, now, two months before The International 10, they ended up on the better side of that bargain.

What looked like a desperate attempt at saving themselves from a very bad situation, turned out to be an absolutely winning move for PSG.LGD. Immediately after the team was announced, the new roster went on claiming the first trophy for the organization. Ironically, they did it by taking down 3-0 EHOME in the China Dota 2 Pro Cup Season 1 grand finals.

While the rest of the regions went through various challenges during the pandemic, and many teams and players outside China struggled to find the incentive for staying at the top of their form or even compete at all, the Chinese scene took the difficult times and the lockdown as the perfect opportunity to focus on their personal development. There were plenty of local online tournaments in China, which was also the first region to host competitions on LAN set-up as soon as the COVID-19 situation got better in their country. That kept the scene active and when the first Majors of the 2021 DPC arrived, the rest of the regions were demolished by the Chinese teams.

PSG.LGD started the DPC season searching for their identity. The Wings Gaming infusion they got by bringing both Faith_bian and y on their roster empowered Ame and helped him to leave behind all the OG nightmares. Perhaps the fact that he actually never got to play in the 2020-2021 year against his arch-rivals since 2018, also helped by a lot, but regardless of OG’s absence from both DPC Majors, Ame’s gameplay looks reinvigorated.

In what seems to be his own way of purging any fears he might have had in facing OG again, Ame went to the first Major of the year and played carry Io among 12 other heroes. He played Io three times and finished the event with 100% win rate on the hero.

PSG.LGD started the Singapore Major from the wild card stage, which gave them the space to test plenty of strategies within a meta focused on lane control, early aggression and fast paced five-man push. Their constant in the Singapore Major drafts was Elder Titan, which they picked 15 times, being the team with the most games on the hero in the tournament. And although ET was their key tool for team fights, Ame’s deep hero pool applied the mental pressure in the drafting stage, while Faith_bian tormented the opposition with his all time’s best and most played hero, Beastmaster. Singapore Major meta flavour was the mid BM, however, coach Xiao8 trusted Faith_bian to bring the same type of pressure with the hero via the offlane and while he was nearly unstoppable with it, Ame went 9-1 on Troll Warlord.

The team made an incredible tournament run from wild card stage to a third place finish. PSG.LGD was also the team with the most heroes played at that Major, 53 unique picks in 35 games played, which resembled a lot to the Wings Gaming story at TI6.

Headed into the second season of DPC leagues, PSG.LGD amped their game even more and secured a group stage start at the second Major of the year. They once again took this as an opportunity to develop their own game plan at the LAN and ended up by dismantling everyone in their path with a carry Axe. Interestingly enough, Ame, the only player left on the team from the TI8 and TI9 duels with OG, took this Major to perhaps exorcise the memories he has related to Sébastien "Ceb" Debs’s Axe in the TI8 grand finals.

PSG.LGD took the AniMajor trophy in style, besting Evil Geniuses 3-0 in the grand finals and went home once again as one of the teams with most heroes played.

Although he never was a part of the Wings Gaming, Zhao "XinQ" Zixing is a declared fan of that team, he himself stating at TI8 that he drew a lot of inspiration for his own playstyle from Wings. He now gets to play next to two of his idols and the fit is obvious. He will always bring the Techies threat to the drafts, besides being able to be a very aggressive four with a very generous hero pool.

At the same time, PSG.LGD’s 12K MMR mid laner, Cheng "NothingToSay" Jin Xiang is also capable to surprise with a Zeus last pick or to put any opponent in difficulty with his Magnus, Windrunner, Puck, Ember Spirit, Mars, etc., while he can also pop up a Tinker if the situation allows it and simply run over the enemy team.

PSG.LGD’s claim at the Aegis

Bringing four players from the same team along with their coach, xiao8, who is making a return to the LGD banner after five years, truly accomplished an excellent reboot for PSG.LGD.

Since 2012, when they first played on The International stage and placed third that year, LGD Gaming, now known as PSG.LGD, have always been a top contender at the Aegis. They are the most storied organization from China and the most successful too. Except for 2013 and 2016, they have always placed in the top six. In 2017, they even had two teams in the top 4, LFY in third place and LGD in fourth.

TI8 and TI9 will probably remain two of their most exciting runs at the pinnacle event for Dota2, but heading into TI10, they are undoubtedly a new beast, one that has a big chance to bring the Aegis back to China for the first time since 2016, when Faith_bian and y changed the way Dota 2 is played at professional level with their performance under the Wings Gaming banner at TI6.

Is this the year when PSG.LGD claims the Aegis?