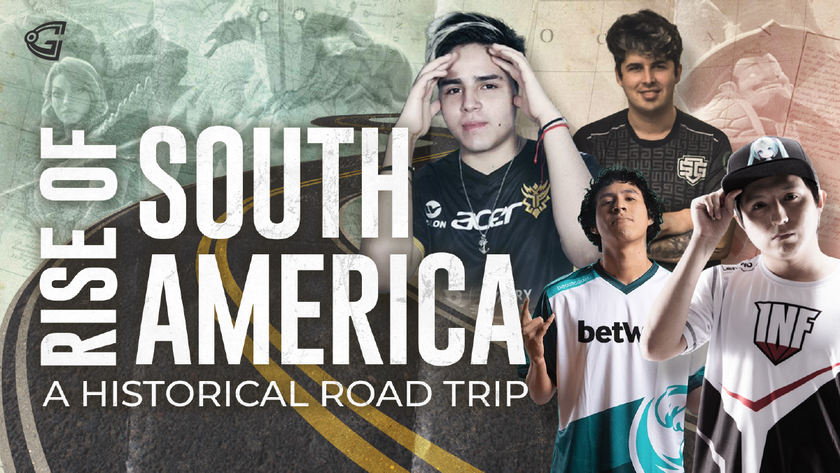 South America has risen up from an often neglected and overlooked region to a serious challenger on the international Dota 2 scene. We look at how it happened.

Someone coming into Dota 2 in 2021 might only know about how much passion can be found in the South American region for Dota2, or about how exciting and unpredictable their matches can be.

They might not give a second thought to the fact that there are three South American teams competing at The International this year. Or that the second most represented country at the pinnacle of all Dota 2 events is Peru with 10 players —11% of the total player pool. Or that six players hail from Brazil, which is the fourth most represented country.

But it wasn't always that way. Not too long ago South America, nor their players, were barely a blip on the radar.

Back in 2015, the first-ever Dota 2 Major was played. A small Peruvian team came from NA open qualifiers, and against all odds, they went all the way into the main event second round of the lower bracket matches. Their name was Team Unknown.

It was a monumental moment in Dota 2 and South American history. Unfortunately, it was also the last for almost two years.

Huge latency in gameplay, little to no sponsorships, and even less opportunities grounded the region and player's development.

It was still a few more years of hardship, struggle, and disappointment before the region was given a viable pipeline to compete in international events and gain traction.

Everything changed in 2017 with the addition of two regions to the Pro Circuit -- CIS and SA. Before the Kyiv Major, the SA teams always competed in the NA qualifiers with a huge server lag disadvantage.

The change was designed to help these regions grow and become more stable. The aim was to remove some of the entry barriers, give a platform for the untapped potential player base to play alongside the other talent around the globe, introduce more exposure enticing sponsorships, and allow for the region to thrive.

According to beastcoast manager, Vitória "Guashineen" Otero during the latest GosuGamers Unmuted podcast, it was giving the region its own qualifiers for Valve sponsored events in 2017 was a huge boost to the scene and eventually ecosystem.

The International 2017 marked the debut of a Peruvian team at the pinnacle of all Dota 2 events when Infamous was the first to qualify from the region.

With the advent of their own region in 2017, South American teams were able to begin making appearances at multiple Valve-sponsored events.

The road was still long and hard with teams and players having to prove themselves worthy of the spot that was allocated to them from Valve.

It took another two more years before all the questions about the SA slots were shut down and the criticism was quelled.

The professional Peruvian Dota 2 squad now known as beastcoast was created in May 2019. Just before TI9, they were signed by the South American organization Infamous and went on to perform something that will be remembered as one of the most impressive TI runs. They usurped prestigious teams and smashed the competition to seize a top 8 finish —a South American historical moment that captured the world.

In TI9 spectators around the world watched beastcoast push Puppey's prestigious squad to their limits in the lower bracket and reach the top 8 amongst the most elite Dota teams in the world ever —despite being the underdogs. Cheered on Hector's Wraith King destroying top enemy teams like he's done it forever.

A bump in the road

Due to the interruption in the DPC and lack of bigger online events being hosted for the South American region, Valve decided to step in and financially assist.

The hope was to keep the scene in the region intact and competitive as the region is often neglected by third-party organizers. It was an attempt to prevent the scene from stagnating or even worse —going backwards in timelines.

When the dust had settled and the DPC returned with the league play and LAN events, another Peru-based team, Thunder Predator, began to steadily climb the ranks in the region.

The team started to look to be a real threat to beastcoast, which had previously held the region in the palm of its hands. At the start of the season, on January 1st they made a roster change, replacing two players and it was unclear how much it would benefit or hurt them.

Thunder Predator was unassuming in the South American DPC 2021 Season 1 league play. They took a 0:2 loss in the first week, rose up again in week 2 before taking another 0:2 loss in week three. By halfway through not many had given them any real thought. And then they did it. They went the last three weeks dominating their opponents and rising up to a surprising second place in the group to finish with a 5:2 series record. It was enough to head to ONE Esports Singapore Major.

They crushed top European and Chinese squads and took down the NA second seed team to end the first day of matches with an incredible 8-0 score.

They continued their dominating streak on the second day, proving it wasn't just a fluke —taking first place in groups and advancing to the upper brackets in the playoffs.

Their reward was to face Team Secret right off the bat. Not completely unexpected, they fell to the EU giants 2:0 to the lower brackets.

From there though they made their way, eliminating two more teams —Team Aster and Virtus.pro before their time was up.

Their surprising run gave the team a total of 800 DPC points to that moment and hopes for a spot at TI10. 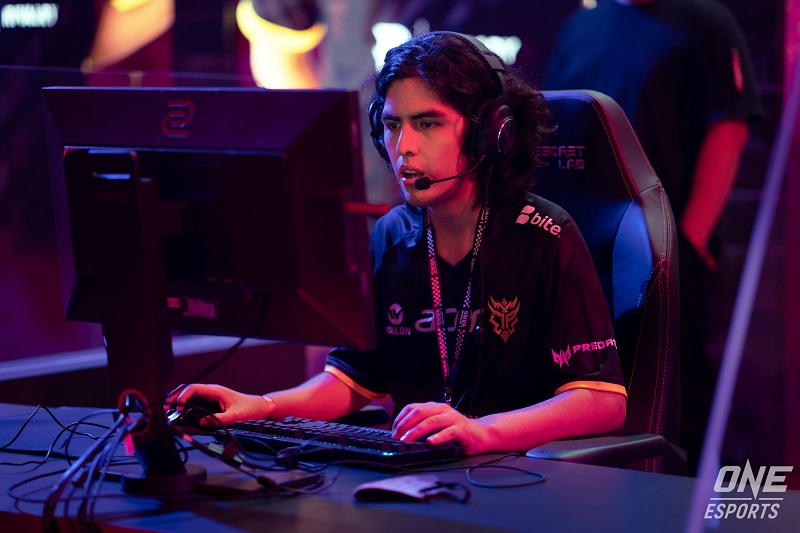 beastcoast, on the other hand, was still struggling to catch up from the COVID disruptions. The team was forced to withdraw from ONE Esports Singapore Major when they made the decision to prioritize the players’ safety, as well as everyone else’s attending the Singapore Major, after the team captain, Steven “StingeR” Vargas was exposed to COVID-19 over the last week and he might have infected the whole team.

They were not sitting on the edge with all hopes pinned on the one remaining major to earn DPC points.

beastcoast's celebration of the qualification to WePlay AniMajor was short-lived as they were eliminated after an underwhelming performance. They were unable to clinch any full series and three draw scores were not enough to save them from the early end.

They were now sitting with a total of 800 DPC points along with Thunder Predator.

Call it fate, luck, hard work or whatever, at the end of WePlay AniMajor both beastcoast and Thunder Predator would then find themselves as the last two teams to earn enough points to be directly invited to The International 10.

It was historic. Two South American teams heading to The International AND by earning enough points on the international circuit.

But that wasn't all.

With both teams taking the straight road to TI10, one more spot was still up for grabs via the South American TI qualifiers. SG e-sports became the 14th team to claim a ticket to the most important tournament of the year after an impressive run through the upper bracket.

Although history is being made this year, players and fans can only hope that this is still just a pitstop on their way upwards to the very top. There is still so much promise and potential in the region, there is no doubt that in the near future a South American player or team can lift the Aegis of Champions.

For more in depth insight and exploration of this infamous region, take a listen to the latest episode of GosuGamers unmuted podcast featuring beastcoast manager Vitória "Guashineen" Otero.

Do you expect to see South America rise up even more?

Yes of course!
Thank you for voting!
Probably need a bit more time
Thank you for voting!
Cristy “Pandoradota2” Ramadani
Pandora is a behind the scenes Dota 2 professional Jack of All Trades. When not busy with Dota 2 work, she is out trying to save the world or baking cupcakes. Follow her on Twitter @pandoradota2
Share Tweet
50 people reacted to this post

xNova ends his time with EHOME, the rest of the roster placed on an inactive status