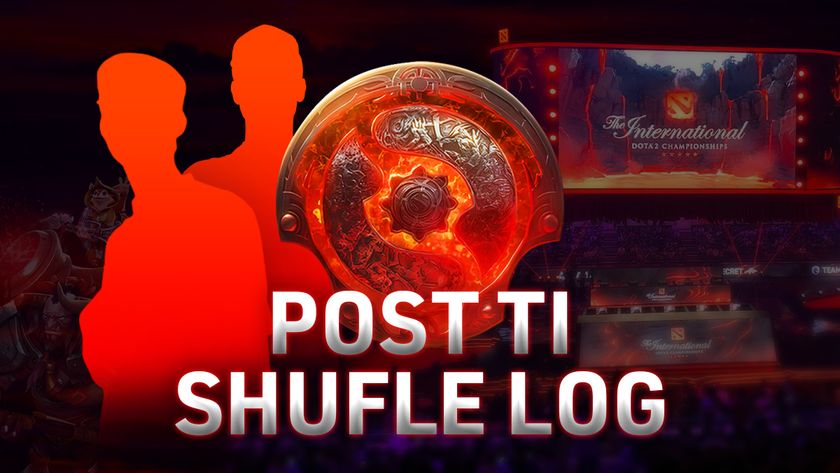 With the end of The International 11, the traditional post-TI shuffle period has begun.

The International 11 has come to an end with Tundra's impressive undefeated run culminating in a stunning 3:0 sweep through Team Secret.

Teams and players are starting to look at their options before the leagues start expected to begin just over a month with the following schedule:

Here you can find all the confirmed changes for the upcoming season and ignore the trolls, rumors, and anxiety.

SEA organization Blacklist will make its Dota 2 debut picking up a full Filipino squad. Rumor is they will be obtaining a Division 1 slot from an organization that is exiting the scene.

All rumors surrounding Evil Geniuses' line-up for the next Dota Pro Circuit season came true.Three of the TI11 Thunder Awaken players and two from beastcoast will now compete under the Evil Geniuses banner.

Ahead of the upcoming Dota 2 DPC 2023 Season, BOOM Esports and Timothy John "Tims" Randrup and Souliya "JaCkky" Khoomphetsavong have decided to part ways.

They had a promising season, eventually landing at The International 2022 with a 7th-place finish in the DPC rankings with 1482 points.

They survived a three-way tiebreaker to make it to TI11 playoffs and sent the defending champions packing at TI11, but their Cinderella story was cut short by PSG.LGD, with a clean 2-0 sweep. Their final result was 9-12th place.

Now, the organization announced they would release their full Dota 2 roster. Rumors are that T1 will exit the game completely.

Rumors of Evil Geniuses dropping the team started to circulate right after TI11 came to an end. This TI edition marked the second year in a row with EG having a devastating showing, exiting the tournament in 9th-12th place.

TI11 also marks the last tournament for some of the players, who over the past several years have become true ambassadors for the organization.

Team Aster has revealed its new roster for the 2023 Dota Pro Circuit season with slight adjustments to the line-up and Bai "rOtK" Fan joining in the coach position.

Great success and dazzling displays at TI, are usually followed by tempting offers in the tournament aftermath. After DarkMago and Sacred were officially announced to have joined beastcoast for the next competitive season, Thunder Awaken waved goodbye to the remaining players, having to start from scratch for the next DPC year.

Talon Esports has completed its lineup up for the start of the new DPC 2022-23 season with Malaysian player Chan "Oli" Chon Kien. Oli most recently competed in China with Invictus Gaming for the last four years, from 2018-present.

After a roller coaster of a DPC 2021-22 season and a disappointing finish at The International 2022, Fnatic looks for a change heading into the new season as they part ways with Anucha "Jabz" Jirawong and coach Lee "SunBhie" Jeong-jae

South America had its best TI till date, with a team finishing in the top 6 for the first time in the history of The International. But the top teams in the region will be undergoing some changes. Beastcoast made an official announcement that two of their players, Jean "C.Smile" Pierre Gonzales and Adrian "Wisper" Cespedes Dobles would be leaving the team, and that their replacements would be two former Thunder Awaken players, Herrera "DarkMago" Gonzalo and Rafael "Sacred" Yonatan.

Russian betting company BetBoom will no longer sponsor the Dota 2 line-up put together by Akbar "SoNNeikO" Butaev. The latter gets to retain the DivisionI in the EEU Dota Pro Circuit regional league for the next season.

According to the official announcement made by OG, the team is down to four players as Ammar "ATF" Al-Assaf has been moved to an inactive position and is free to look for new opportunities for the next Dota Pro Circuit season.

After a disappointing 17-18th place finish at The International 2022, Talon makes changes to its roster for the upcoming season, parting ways with Damien "kpii" Chok and Brizio "Hyde" Budiana.

After two years of pushing together through thick and thin, the TSM.FTX roster experiences its first change. Position 5 support, Kim "DuBu" Doo-young is the first to part ways with the team in the TI11 aftermath.

In one of the most predictable moves in the post-TI11 shuffle, Soniqs dropped the entire roster almost two months after entering the Dota 2 scene.
In their official announcement, Soniqs did not give any details regarding their commitment to the Dota 2 scene. It is unclear if the NA organization will sign another team for the 2023 competitive season.

Team SMG has parted ways with Daryl "iceiceice" Koh ahead of the upcoming season. According to the team, his contract ended and he is once again a free agent.

iceiceice was signed to the team just prior to The International 11 for SEA regional qualifiers but the team never got the chance to play.

Gaimin Gladiators surprised everyone when they finished the DPC 2021-22 season in 10th place and landed a spot at The International. They ended in the middle of the pack of the group stage and ultimately took 9-12th place at the main event. A few days later they announced parting ways with Miroslav "BOOM" Bičan.

Xepher made a post about looking for a new team, while kuku announced on his Facebook that his contract with the team has come to an end, and although he is still in negotiations he is open to other options.

In the Last Chance Qualifiers aftermath, VP announced that although Roman “RAMZES666” Kushnarev’s contract with the organization is valid until the end of TI11, which is until the end of October 2022, the two parts “came to a mutual decision to cease cooperation.”

After a racist effigy was displayed in the group stage elimination tie-breaker series at The Internaitonal 2022, Soniqs terminated their contract with Rodrigo “LESLÃO” Santos.

Soniqs struggled immensely in the group stage, securing only one series win, tying up three more, and losing the remaining nine series. Forced into tie-breakers, they lost against BOOM and were ultimately eliminated from the event.

Ahead of the Post TI shuffle, Na'Vi makes a change in their lineup, parting ways with Alexey "Solo" Berezin.

Nigma.Galaxy has parted ways with their SEA roster before the Post-TI shuffle after taking a disappointing, but not surprising, 9-12th place finish.

Just weeks before The International 2022 kicked off, Alliance released their full roster with plans to 'double down' their commitment to Dota 2 next season.

Are you hyped for this year's shuffle?

Yes, I think it will be huge
Thank you for voting!
No, I'm afraid my favorite team will be torn apart
Thank you for voting!
Cristy “Pandoradota2” Ramadani
Pandora is a behind the scenes Dota 2 professional Jack of All Trades. When not busy with Dota 2 work, she is out trying to save the world or baking cupcakes. Follow her on Twitter @pandoradota2
Share Tweet
457 people reacted to this post