The open qualifiers are completed and all teams are now set to begin the brutal battle in the TI9 closed qualifiers taking place between July 7-14th.

The stage is now set. Six teams - one per each designated region will earn the reward of a lifetime, securing a spot at The International 9 set to take place in Shanghai, China August 15-25th.

Ranging between three spots in CIS to a whopping six slots in SEA and EU, the open qualifier victors now join the TI9 close qualifier lineup. 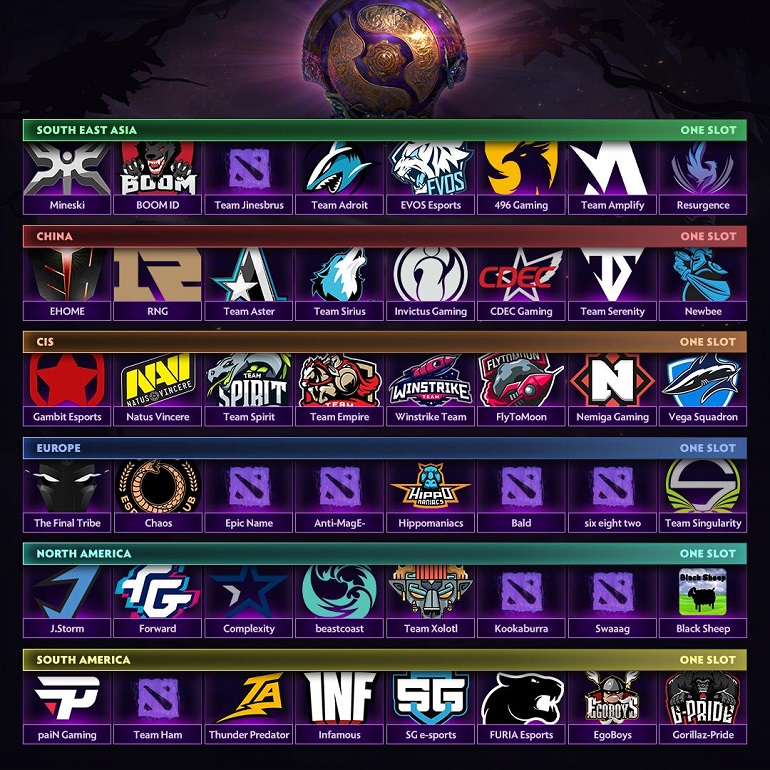 Will Mineski be able to secure their spot with their revamped roster, finalized with European player Nikolay "Nikobaby" Nikolov?

Will EHOME be able to reclaim the spot that slipped through their fingers during EPICENTER Major?

Can Gambit finally clinch that elusive spot that was barely out of reach at EPICENTER Major?

Will Lasse "MATUMBAMAN" Urpalainen be able to find his way to TI9 with Chaos E.C and exact his revenge on Team Liquid who benched him just days before EPICENTER Major and after playing with the team all season, earning a spot at TI9?

Will all of J.Storm's roster changes pay off for the team?

Will any of the full SA rosters be able to take the spot to represent their region at TI9 or will it fall to Team Ham, the 4/5 European team playing out of Brazil?

Are you hyped for the TI9 closed qualifiers to begin?

Yes, I can't wait
Thank you for voting!
Nah, I'm just here for the big event
Thank you for voting!
Cristy “Pandoradota2” Ramadani
Pandora is a behind the scenes Dota 2 professional Jack of All Trades. When not busy with Dota 2 work, she is out trying to save the world or baking cupcakes. Follow her on Twitter @pandoradota2
Share Tweet
237 people reacted to this post