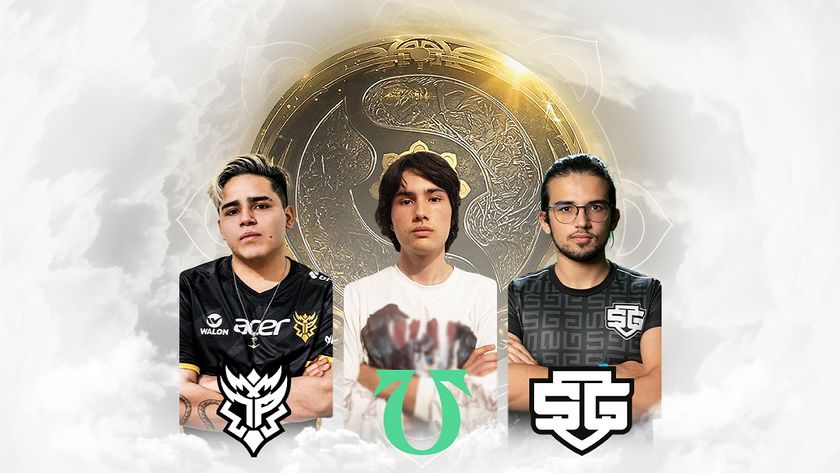 As the top Dota 2 teams from around the world gather to take home the Aegis, all should beware of these three underdogs.

A team, against all odds, unexpectedly wins and begins leaping from their chairs to embrace one another in pure jubilation after accomplishing an achievement that maybe even they did not believe could be pulled off. They’ve just eliminated a contender. These emotions trigger something within themselves. Questions start running wild through their minds: “Can we actually do this?” Maybe, just maybe, they can do it once more. They do it, and again until finally, they find themselves in the Grand Finals.

Each time the storylines are captivating and intoxicating. Anything is possible when the adrenaline is flowing and everything you’ve ever worked toward is on the line. Things suddenly become tangible and the emotions are glorious for players and fans alike.

Thunder Predator, Undying, and SG Esports are three teams that in their own rite have already proven they are more bite than bark and others need to take heed of their presence at The International 10. 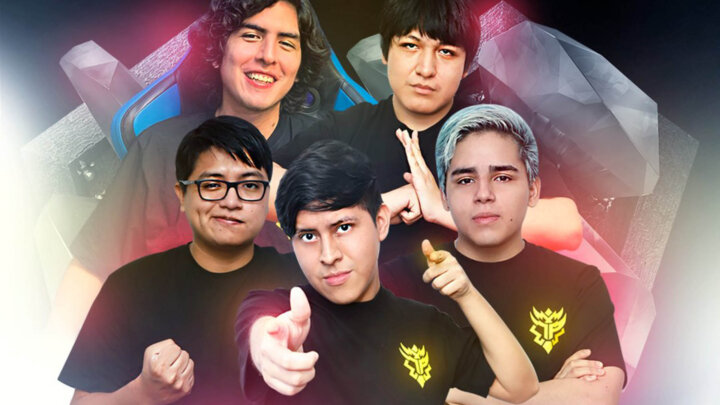 Due to SA's rise in general through 2020-2021, Thunder Predator’s growth and journey in the 2021 Dota Pro Circuit (DPC) has been an entertaining one to witness.

The fully Peruvian team finalized their roster only in January of 2021, about a month and a half before the start of the DPC. Their success in the regional league was enough to head to ONE Esports Singapore Major.

They crushed top European and Chinese squads and took down the NA second seed team to end the first day of matches with an incredible 8-0 score. They continued their dominating streak on the second day, proving it wasn't just a fluke —taking first place in groups and advancing to the upper brackets in the playoffs.

Their reward was to face Team Secret right off the bat. Not completely unexpected, they fell to the EU giants 2:0 to the lower brackets. From there though they made their way, eliminating two more teams —Team Aster and Virtus.pro before their time was up.

Unfortunately, the team struggled when the patch hit and was unable to adapt and find the same success. They finished the second season in third place and were unable to attend the WePlay AniMajor.

Forced to sit out the second major on the sidelines, they were able to secure enough points for a TI10 invite from their unexpected and thrilling run at ONE Esports Singapore Major. They clinched the 12th and last spot with 800 points.

In mid-June, they welcomed  Clinton "Fear" Loomis aboard to help them crack the meta and began the intense practice period for The International 10.

TP had a hard time when the patch changed and the heroes that brought them success were nerfed, but with Fear joining them more than three months ahead of TI10, they should have plenty of time to address some of these problems.

Formed at the beginning of the year, Undying competed through the entire 2021 Dota Pro Circuit without an organization to back up its efforts. Despite the lack of sponsors, they made no roster change through the whole year and although they didn’t clinch a ticket at any of the DPC Majors, they finished third in both seasonal leagues.

They smashed the competition in the TI10 qualifiers for North America claiming the final spot at the biggest event of the year with a stunning 9-0 performance in the upper bracket.

Despite not having the financial support of an organization to sort out a bootcamp ahead of TI10, Undying found the resources they needed through a crowdfunding campaign and then recruited seasoned Korean player Kim "Febby" Yong-min as their coach.

Undying will come armed with Dooyoung “DuBu” Kim and David “MoonMeander” Tan as duo of supports have previous experience playing under pressure on The International stage. Enzo "Timado" Gianoli O'Connor was one of the first South American's to grace The Interanational stage, playing at TI7 with Infamous. In their arsenal is another potentially deadly weapon.

I thought there would be a patch before the TI10 qualifiers and Dawnbreaker would be added to Captains Mode, so I played 20 pubs with her! If they do add her, it would make things interesting. I don’t think she is a good pub hero but would make a good pick in competitive games.

This North American team is one for the others to be wary of with a loud bark and potentially-deadly bite. 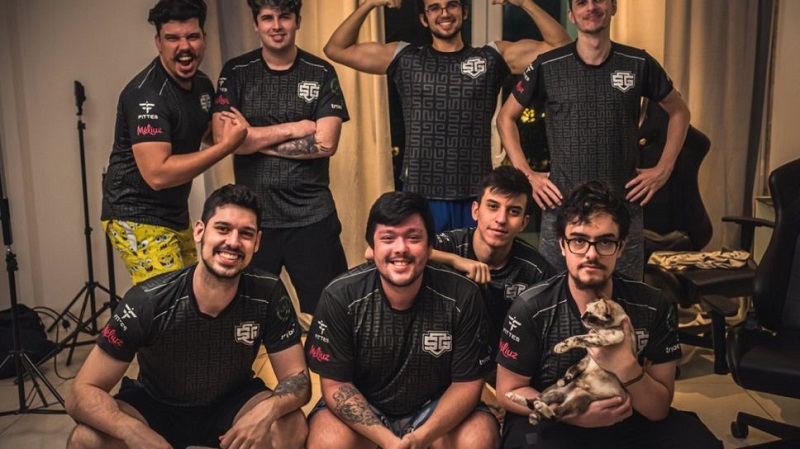 SG Esports had struggled through the seasonal Dota Pro Circuit leagues. They finished third in the first season, missing a shot at attending ONE esports Singapore Major.

Unsatisfied with the results, they then made a roster change. One that in the short-term seemed to be painful, but paid off in the long-term. You see, in the second DPC season, SG Esports ended up being one point away from relegation to the lower division, finishing in 6th place.

They then turned it all around in the TI10 regional qualifiers, delivering one of the biggest upsets. SG Esports made a nearly perfect upper bracket run, losing just a single game until the grand finals and ultimately secured the remaining sole qualifying spot for South America.

After clinching their spot at TI10 GosuGamers caught up with the team who told us:

First of all, we were quite confident in the first DPC Season but ended up not performing to our potential in the league games. After the roster change, bringing in Tavo for Danylo “Kingrd” Nascimento, the main issue was requiring time to adopt to a new style of playing, which we didn’t get for the second season of the DPC Leagues. But by the time the TI10 qualifier came along, all the team members were on the same page and had the same mindset.

Four of their players are going to make their first appearances — Otávio Gabriel “Tavo” Cerqueira Silva being the only 'veteran' TI player who competed at TI8 with Pain Gaming.

But that doesn't mean the team can't and won't deliver the upsets, after all, they already were the underdogs in the qualifiers when they claimed their spot.

In addition, the team is being fueled with a fighting spirit and 6th player. Former team member Anderson “444” Santos who passed away earlier this year from COVID has been adopted as the roster's 6th man. And they plan on giving him a nice tribute at TI10.

What more can than the raw emotion and personal motive can propel a team to victory? 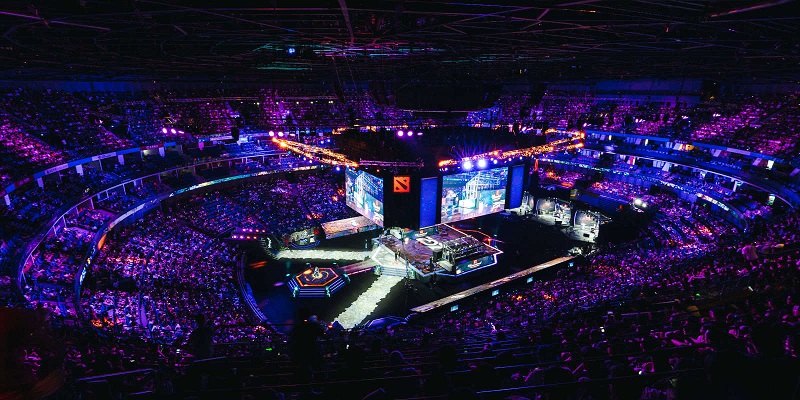 It will be held at the National Arena from Bucharest, Romania —the largest stadium in the capital city, with a capacity of 55,000 seats. TI10 will be held with a live audience as a fully masked, fully vaccinated event.

Can any of these underdogs make it to the grand finals?

Unlikely, but possible
Thank you for voting!
Nah, they might far but not THAT far
Thank you for voting!
Cristy “Pandoradota2” Ramadani
Pandora is a behind the scenes Dota 2 professional Jack of All Trades. When not busy with Dota 2 work, she is out trying to save the world or baking cupcakes. Follow her on Twitter @pandoradota2
Share Tweet
141 people reacted to this post