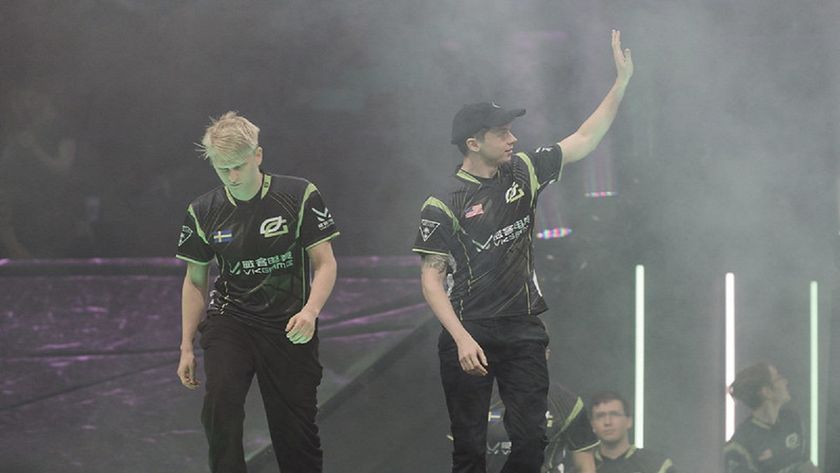 The DPC 2021 Season 1 divisions have been divided and teams are now ready to compete. How did it all sort out in the end?

The DPC 20201 Season 1 will make the beginning of a new year. Hopefully, a much better and FULL year of Dota 2 competitive play.

The season is about to kick off with the first phase finally complete.

Initially, four teams were directly invited to participate in the Upper Division.

Qualifiers were then held to sort out the remaining four teams and determine which teams were relegated to the lower division.

Without further ado, here is how the chips fell.

Europe was arguably the most stacked of the regions. Despite that fact, the four teams to advance to the upper brackets surprised no one. Viking.gg and Alliance who were snuffed a direct invite to the upper brackets made their way there easily, Vikin.gg being the first team to secure their place. They have been joined by Mudgolems and Chicken Fighters (formerly NiP who dropped their Dota 2 squad in November).

Fans of the (mostly) Greek boys Brame and of Misery and Ace's new team Hellbear Smashers will need to keep an eye on the lower division to see if they can rise into the upper-division for next season.

The CIS region was another hotly contested region with a few surprises up its sleeve. The newer faces making up Team Empire secured their spot among the elite names with Solo's new team No Techies and stacked roster of No Pangolier joining them. Extremum knocked Danil "Dendi" Ishutin's new team B8  into the lower brackets, forcing the SA/CIS/EU mix to play for a season in the lower brackets to refine their strategies and synergy. Surprisingly, the new HellRaisers roster which was expected to be a force in the region had a bit of lackluster performance and ultimately results.

Vietnam team 496 and two Filipino teams comprised of newer players - Execration and Vice Esports were able to advance into the upper-division, leaving some of the teams such as HOYO and Zero Two with more established and veteran players of the past to fight in the lower division.

Sadly, Motivate.Trust Gaming who held so much promise and potential and was rising through the SEA landscape, were not even competing. After losing Mascraso? to Fnatic and then Jaccky? to T1 shortly after, they weren't able to pull things together when it came down to the wire.

The Chinese region is often an enigma to many westerners. They compete often in their own regional events and seem to have a revolving door of shuffles and trade-offs between teams. The results of the upper-division have been no different. Team MagMa, a youth development program, and LBZS, consisting on various development roster players were able to overtake and surpass both RNG and CDEC for the upper division slots. RNG was neck and neck all season with those receiving the direct invites to the division and CDEC was easily holding their own.

The season will be interesting to see how both Team MagMa and LBZS will hold up in league play for DPC points and Major spots.

While there has been much development in the SA scene, the region is still small enough that the four teams to advance were not much of a surprise. Despite the growth in SA thanks to Valve putting in more attention and giving more opportunities, un-supported/un-sponsored teams and players still have trouble making big enough waves to compete against the more developed rosters. What will be most interesting is which teams from the lower division will swap places with which teams from the upper-division next season. This is where those newer players and rosters should experience their biggest growth spurts.

The last region to finalize their division placements was NA, thanks to a delay when Jimmy "DeMoN" Ho was banned from competing in the DPC and Team Aristotle had to find a new replacement in order to continue. Thankfully for the other members of the team, the disruption didn't interfere with their ability to take a spot in the upper division for the season.

No surprises for Arkosh Gaming to be in the lower division, but fans will still be able to see them clash and perhaps even rise into the upper brackets for next season.

Are there any surprises in the upper-division teams?

Yes
Thank you for voting!
Nope, all sorted as expected
Thank you for voting!
Cristy “Pandoradota2” Ramadani
Pandora is a behind the scenes Dota 2 professional Jack of All Trades. When not busy with Dota 2 work, she is out trying to save the world or baking cupcakes. Follow her on Twitter @pandoradota2
Share Tweet
50 people reacted to this post