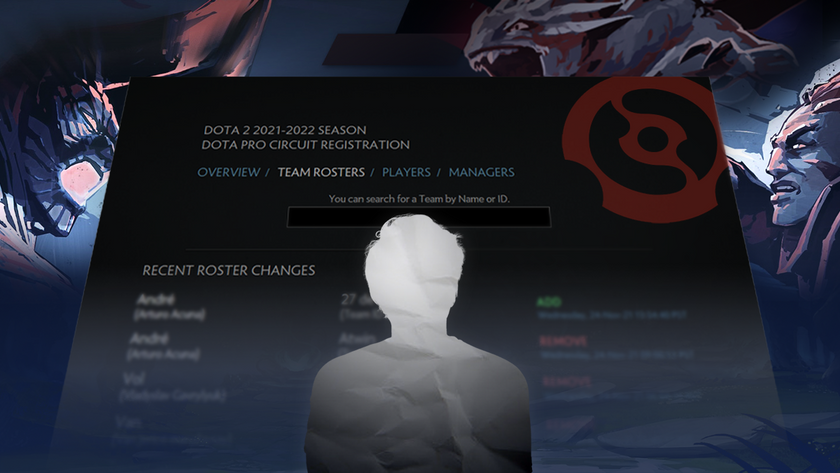 Does Valve need to revisit the DPC slot ownership rules?

The DPC slot ownership has been the subject of much debate and frustration once again this year, making us wonder what should Valve be doing about it.

Last year we took a look at some of the DPC rules that we didn't know needed. Now, it is time to take a look at an issue that Valve continues to be *mostly* hands-off about.

When Valve released the information about the new DPC 2021-22 season, there was nothing at all to address the problems that sprung about last year about post ownership.

Who owns a team slot?
The owner of the slot is the person who is registered as the admin of the team. In the case of a team organization, this generally is a manager or a person representing the organization. In other cases it can be the captain of a team, any specific player or a neutral third party.

Can a team change admin after creation?
Yes, an person that is an admin can transfer the admin to someone else at any point.

Can a team get acquired by an organization or a different organization?
Yes, a team roster can be transferred to a new team and a new admin.

This has led to talk and debate about highjacking, holding hostage, and/or selling spots as well as overall taking advantage of loopholes and chaos.

Many fans remember the debacle surrounding Eternal Envy and DPC ownership spot last season. For those that don't remember or the uninitiated, the TL;DR was that EE  accused Black N Yellow’s Daniel “zero” Yun of holding the DPC spot hostage even though EE's team had three of five members of BnY.

Zero maintained that EE kicked him and Andrew "Jubei" Evelyn from the team after THEY invited him and then attempted to highjack the spot.

Eventually, EE joined up with three remaining members of Sadboys for the TI10 qualifiers, who held an upper-division slot, changing the name to bumble bEE's.

This brings us to a whole debacle this season. (Yes, I know you are thinking this was a TL;DR ... trust me, it is).

This season, the bumble bEE's spot which was retained by the former manager was then given to a stack including four women and Hotaruz as a way slot way "to highlight the broken slot system as experienced by BnY last DPC". However, when Hotaruz's past experiences were brought to light and cast shade on the stack's integrity, he stepped away from the roster in an attempt to relieve some pressure.

Instead, it ended up the team dropped from the division and opened up the slot to a closed qualifier team because it left the roster incomplete and has been causing too much harassment for the players.

Dota 2 legend and co-owner of B8, Danil “Dendi” Ishutin got kicked from his own team on the official Dota Pro Circuit Registration page, which was seemingly going to force him and his team to go through open qualifiers for a lower division start.

When Dendi aimed to rebuild his team, he didn’t take into consideration that the DPC slot was actually owned by Aleksandr "Nofear" Churochkin who joined B8 after the first season of 2021 DPC regional leagues, when B8 merged with XactJlepbI to avoid open qualifiers.

The slot under which we played for the last six months is registered by someone who didn’t want to negotiate. Yes, this situation seems weird,” B8 said and added that they won’t argue with Nofear over the situation and instead will focus on rebuilding the team

This time there seemed to be a resolution to the situation with Valve stepping in and contracts being reviewed and enforced.

One by one the players from the TI10 lineup dropped from OG's roster. Some of them moved along to other opportunities and teams. Some of them stepped away from competitive gaming.

That meant an entirely new generation of OG players would be aiming to raise the organization's banner at the Majors and International now. The new squad is being led by the TI10 coach Mikhail "Misha" Agatov in the captain position and joined by none other than Tommy 'Taiga' Le.

Regardless of what anyone thinks of the new roster and their potential, it does raise some questions and eyebrows about an entirely new and nonproven team being able to compete directly in the Division 1 league. If at least three (or even two) players aren't maintained on the roster, should they even be allowed to assume the place held previously?

Probably Valve just assumed that everyone would play nice in the sandbox together and somehow coordinate and work out the DPC slots each time there was an issue.

Clearly, that isn't the case.

So instead of just rehashing all the same complaints and crying over spilled milk, how about, we make Valve's job a bit easier by providing some solutions to their problem?

For now, the DPC slot ownership remains a free-for-all with little to no guidance. Whether or not Valve steps in will not be seen until at least the next tour for the DPC 2021-22 season expected to start in March 2022.

Should Valve step in and take control of the slots?

Yes, for sure
Thank you for voting!
No, but there should be more or better rules at least
Thank you for voting!
Cristy “Pandoradota2” Ramadani
Pandora is a behind the scenes Dota 2 professional Jack of All Trades. When not busy with Dota 2 work, she is out trying to save the world or baking cupcakes. Follow her on Twitter @pandoradota2
Share Tweet
104 people reacted to this post