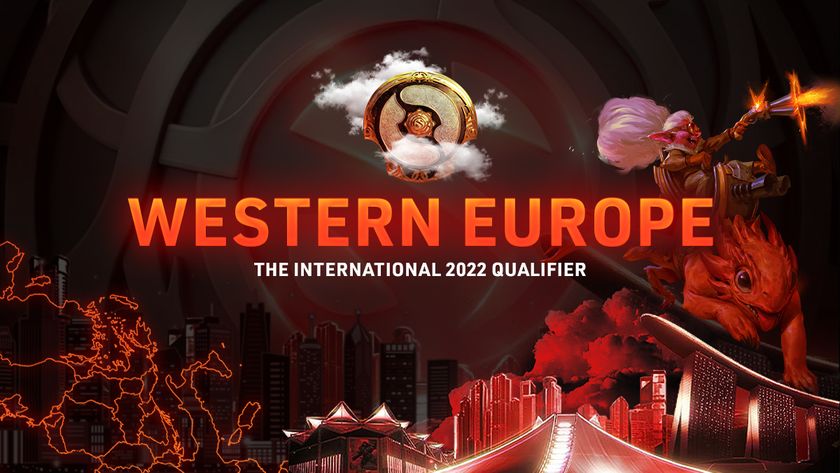 Perhaps the most highly contest of regions, the International 2022 qualifiers for Western Europe now begin.

Clement 'Puppey' Ivanov stands alone as the only player who has had the honor to compete at every International every year since its inception. And now he's staring down the barrel of a loaded gun.

This is a fully stacked qualifier overflowing with raw talent and charisma.

Team Secret and Team Liquid are two of the top noted teams that will have to engage in this bloody battle for to be the last team standing for the highly coveted ticket to Singapore.

Entity turned heads at Arlington Major with their standout run, and Nigma Galaxy is now boasting a roster with Syed "SumaiL" Hassan.

There has definitely been a shift in the Dota 2 landscape with younger, newer faces taking the mantle from the legendary pioneers.

And it wouldn't be unheard of if we see some upsets or don't see some of the famed teams waving their banners on the stage of The International this year.

12 teams will go head-to-head between September 8thd through September 12th. Only one will claim a spot in the main event to join OG, Tundra Esports, and Gaimin Gladiators. Two more teams will fly to Singapore for the offline Last Chance Qualifier.

Team Secret had a difficult go of things this year. They missed two Majors in a row by placing fifth in the Dota Pro Circuit Western Europe regional league in both Spring and Summer Tours.

After just one series in the six-week league summer schedule, Secret replaced Yazied "YapzOr" Jaradat, who is forced to an extended break due to health issues, with Baqyt "Zayac" Emiljanov.

Secret found their stride only towards the end of the league. But it wasn't until Riyadh Masters with Roman "Resolut1on" Fomynok in place of  Daryl "iceiceice" Xiang that the team began to really shine and turn heads again finally.

Team Liquid had an impressive run through all three tours of the DPC 2021-22 Season. They managed to take first, then third, and then second place in the league play, landing a spot in all of the Majors.

But things didn't go as planned or expected for the team at the Stockholm Major or the Arlington Major where they took a disappointing 9-12th place finish with no DPC points awarded both times.

They narrowly missed out on the invite, ending the season in 14th place.

International 2022 is expected to be held in Singapore from October 8th (starting with the offline/LAN last chance qualifiers) to October 30th with the grand finals.

Will Puppey miss his first TI?

yes, it might happen
Thank you for voting!
No way, they will he will compete
Thank you for voting!
Cristy “Pandoradota2” Ramadani
Pandora is a behind the scenes Dota 2 professional Jack of All Trades. When not busy with Dota 2 work, she is out trying to save the world or baking cupcakes. Follow her on Twitter @pandoradota2
Share Tweet
88 people reacted to this post