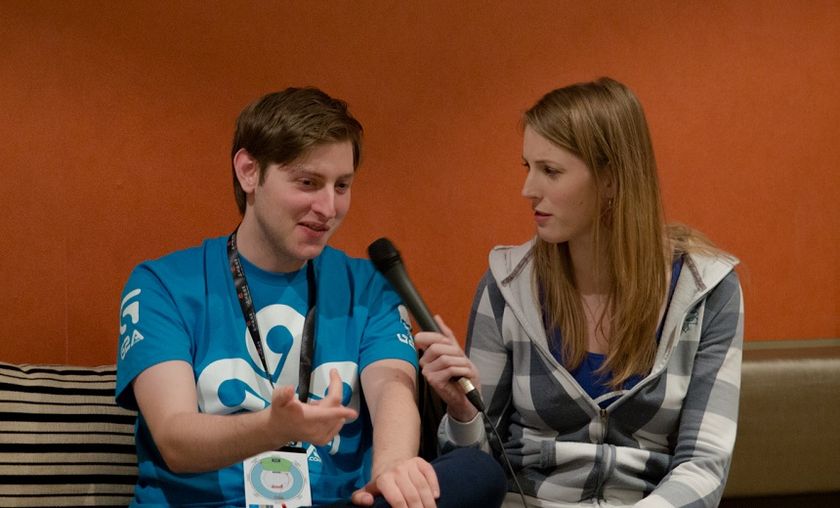 The interviews from DAC continue to drop, this time sitting down with Vici Gaming's carry player Black and Cloud 9's offlaner Bone7 for two interviews to discuss roster changes, life in China and their expectations for the tournament.

The group stage has now come to a close, but prior to the conclusion GosuGamers were able to sit down with two more players to talk about their progress in the Asia Championships. Vici Gaming's Dominik 'Black' Reitmeier sat down with Sheever fresh from his teams defeat to Big God, while Cloud 9's Armand 'Bone7' Pittner made room in his schedule for an interview to talk about everything Dota 2.

Vici Gaming's Black has had an interesting few months in the build up to the big roster shuffle due to begin after Chinese New Year, with almost everyone talking about his rumoured upcoming exit from the team. The German born carry has been in China since September 2013 and has featured for LGD.int and CIS before his Vici Gaming adventure. But could his stay in China be about to come to an abrupt end? In this exclusive interview Black talks about the issue and believes the results from this tournament should do the talking.

The interview is a very candid peek into Black's life in China, talking about language, food and showing glimpses of frustration with his team. Notably their recent loss against Big God in the group stages, a team he believes they shouldn't have lost to. Black also made a big statement as the team prepare for the playoff stage - anything other than first will be a huge disappointment.

"There's not much to learn from other people" - Bone7

Cloud 9's journey through the Asia Championships group stage was anything but smooth with a base race in their final game enough to secure their place within the top eight and that important spot in the winner bracket. But talking to the teams offlaner Bone7, he explains that the he feels the format was bad for the top teams. "Whether you place first or eighth doesn't really make a difference".

Both interview conducted by Sheever and camerawork by tniin