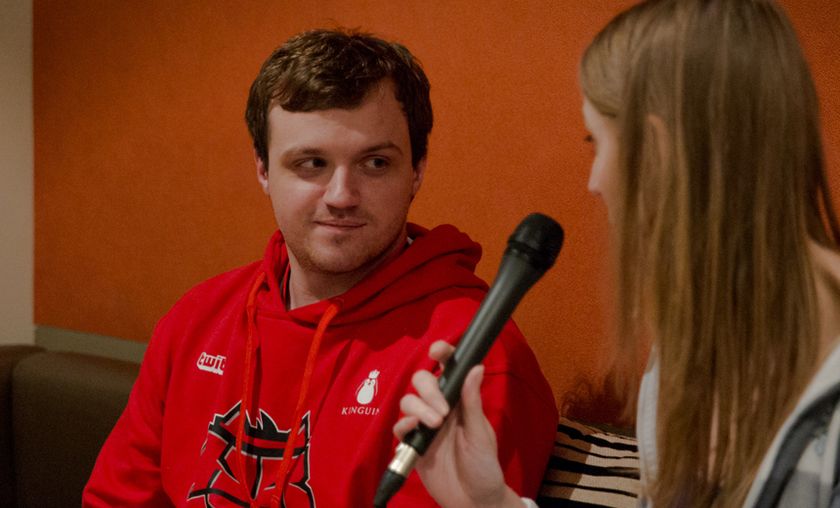 Dread: 'Gamewise, I think I am the youngest player in HR'

Dread of Hellraisers, being the veteran he is, shares his thoughts on what it is like coming back to competitive Dota with a team full of such young talent. He also talks about their shaky StarLadder performance and the ongoing DAC tournament.

"In 2009, you played the championships at a mall, in small place" reflects Andrey 'Dread' Golubev regarding what Dota was during his first wave of Esport. Golubev is a veteran in squad full of young talent, the rather fresh team of Hellraisers. It does not bother him though as he thinks age or fame has little do with success currently, it is just about how good you are. "Gamewise, I think I am the youngest player" Golubev continues on his lack of competitive Dota 2 experience where he focused on streaming thus far. Four out of five members of former Kompas Gaming moved over to Hellraisers and despite Golubev already being in the HR team, he became the new guy with the others already having their defined style.

"I knew that we were not going to do our best" says Golubev about the StarLadder playoffs earlier in January. It was their first LAN, they had a stand-in and Golubev himself was feeling sick. The team was not used to the crowd and got distracted, whereas at the Dota 2 Asia Championship the teams play in seperate rooms without audience. "The experience was still really nice for us, the guys could think about what to focus on". Being the well known CIS streamer that he is, he still aims to be streaming as much as possible but practice and competitive play takes priority as he finally found a team he really enjoys playing with and he feels the scene has grown so much lately.

The DAC tournament itself started out a bit rough for Hellraisers. They did not prepare overly much but they expected fierce competition in China. "It was really hard at first, the first three-four-five games against Chinese teams. They picked SF, went Mek and killed everything we had on the map." But he feels they adapted and stabilized and the results also do support him on that. They did not expect to qualify to begin with since the qualifier had a lot of experience teams but they were a bit fortunate and in the end only had to play three different teams. "We just played against PR a few times, beat Empire and first match versus Virtus Pro."

For those unfamiliar with Andrey 'Dread' Golubev, he reached a somewhat legendary status when he was part of DTS.Chatrix in 2010, the year which the team became the best western team of WarCraft 3 DotA. Other players of the team were NS, Dendi, LightofHeaven and ArtStyle. He's been to China twice before, once with DTS at the World Dota Championship 2010, where they took third place and before that at the Alienware Dota League 2009, where he finished second with RoX.KiS.