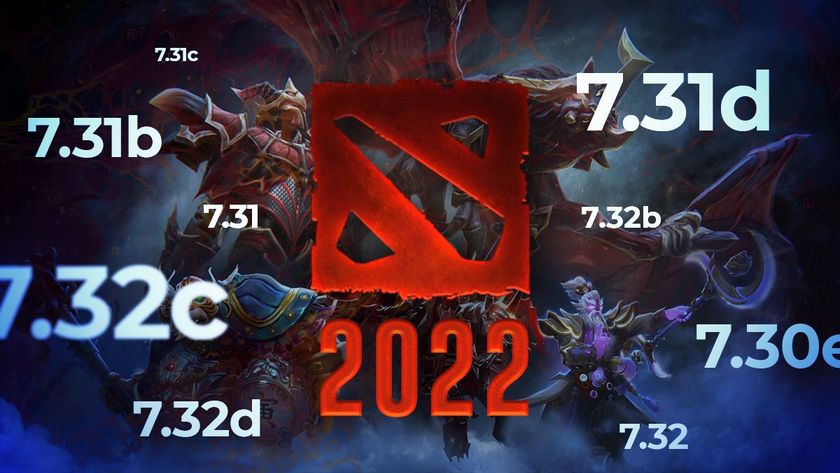 In the final week of 2022, we venture through all the Dota 2 patches to have embraced the game through the year.

The beauty of Dota 2 is such that you can end up with a particular kind of meta one day, and a new patch can completely flip that. This abrupt change makes it an interesting endeavor to take a journey through all the patches and metas that have embraced the game in a particular year.

For the year 2022 though, the story is not the same as a lot of other years. While the first patch of the new year is typically a big one, that wasn’t the case this year. The meta stayed very similar till the end of the final DPC Major of the 2021-2022 season. A total of eight patches were released in the year 2022, with two of them being major patches – patch 7.31 and patch 7.32. Let’s look at the prominent changes each patch brought to Dota 2.

We entered 2022 on Dota 2 patch 7.30e, which was released in October 2021. This was the standard post TI patch (post TI10, in this case), which nerfs the overpowered heroes that dominated The International. The hero and skill that were the talk of the town after the TI10 grand final – Magnus and Horn Toss – were nerfed in this patch.

The big change of this patch though, was that Marci was released into the game! Can you remember the game before this chaotic hero was released amidst it? The memory is fading. But it was nice to have a new hero right after TI ended to keep the dying spirits high, and to fill the void left by the sudden dearth of the highest level of professional Dota 2.

Dota 2 patch 7.31 was released in February 2022 after the first DPC season of the year, and it was the most disappointing patch in a long time. Typically, the first big patch post TI is the one that brings massive changes to the game play – things like neutral items, Aghanim’s Shard and the likes. But patch 7.31 had none of that.

The biggest change of Dota 2 patch 7.31 was probably the introduction of Primal Beast. While that was exciting, having had a new hero just over 3 months ago, the Dota 2 community would have appreciated some big changes to the gameplay more than a new hero.

Techies was reworked in this patch, to give us the less irritating version of the hero. Neutral creeps got their shiny new abilities in patch 7.31, which also saw the introduction of the Frostbitten Camp to Dota 2 after their stint in Aghanim’s Labyrinth: The Continuum Conumdrum.

While we didn’t know it back then, the most impactful item of 2022 was released in patch 7.31 – Wraith Pact. It almost seems like the birth of Lord Voldemort from Harry Potter, where no one could have predicted how devastating the item would be until things took off.

Patch 7.31b was a basic balance change, the type which always follows a big patch to rectify some of the things that either overpowered or really bad. For a short duration between the releases of patch 7.31 and 7.31b, Batrider was a right click carry. But that lasted as long as the hype around the old Spectre specialist, Badman. Anyone remember him? No? Same is the case with the right click Batrider.

Dota 2 patch 7.31c was another balance patch, this time before a DPC Major (ESL One Stockholm). This one put a stop to the antics of the Harpy Scout and the Dark Troll Summoner, who summons Skeleton Warriors.

Patch 7.31c also saw major buffs being give to Wraith Pact, because no was using it till then. Did IceFrog know what sort of monster he was creating back then? Probably not. But one can only speculate.

Patch 7.31d was bundled in with a lot of Dota Plus changes. There wasn’t anything too significant in it for the casual Dota 2 player, but for professional teams, it marked the introduction of Marci in Captains Mode.

It took a long time, but finally, the patch that would define TI11 was released late into the Dota 2 year in August 2022, less than two months before the start of The International 2022 (TI11). Dota 2 patch 7.32 brought some much needed changes to the game, including a plethora of general changes.

The first major change of the patch was that Primal Beast was introduced to Captains Mode. This was just a few weeks before the start of the TI11 qualifiers, so teams quickly had to adjust their strategies accordingly. In hindsight though, not a lot of teams made use of Primal Beast in the qualifiers.

The general changes introduced in patch 7.32 impacted gameplay significantly. There were no big map changes, but changes to gold and experience formulas, change in the streak gold, introduction of the Flagbearer Creep and removal of the small camp were some of the things that required teams to recalibrate their approach to the game. Hopefully when Dota 2 patch 7.33 arrives, there will be many more like them.

Patch 7.32b was a quick balance patch following patch 7.32. The one major change of the patch was an increase in the Soul Ring recipe cost from 245 to 400. Before that, offlaners like Mars and Underlord would get an early Soul Ring and would bully the hell out of the opposition carry. This change made the lane slightly easier for the position 1 heroes.

Patch 7.32c was the last change before TI11. The patch consisted of balance changes based on what was observed in the TI11 qualifiers. In terms of items, there were two important changes in this patch. Bloodstone’s health activation cost was removed, which lead to the Leshrac-Bloodstone terror combo in Singapore. Also, this was the patch were Refresher Orb and Refresher Shard were given shared cooldowns, preventing the use of an ability or item thrice in quick succession.

On the whole, 7.32 and the two balance patches leading up to TI11 were good patches, that gave us some intriguing games. 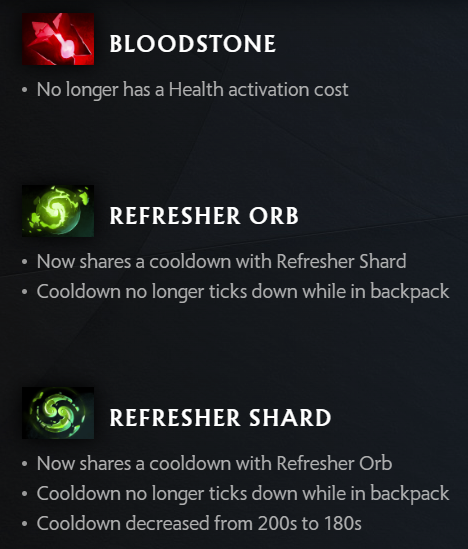 And with that, we come to the final patch of the year 2022 – patch 7.32d. After TI11, IceFrog finally realized it was time to take down Wraith Pact, which was done with a massive nerf hammer. The nerf has impacted the pic rate and win rate of the item quite a bit.

But alas, when a tyrant is taken down, another rises in the vacuum left by its demise. The new terror in pubs (perhaps more so than Wraith Pact) is Razor. Players saw the potential of Bloodstone on Leshrac at TI11, and buff to Razor’s Aghanim’s Shard in 7.32d was the push he needed to become the new Bloodstone lord. It doesn’t seem like that is bound to change before the start of the first DPC Season of 2022-2023, so it will be interesting to see if professional teams and players are able to exploit the Razor-Bloodstone build just as much as in pubs.

With that, we come to the end of the 2022 Dota 2 patches journey. As mentioned at the beginning, it was not an exciting year for Dota 2 patches. Besides patch 7.32, there was not a lot to write home about, and 7.32 only stood out because of the low bar set by the other patches. Hopefully, there will be a lot more to look forward to in the year 2023.

Yes, they were diverse enough
Thank you for voting!
No, we need more patches and uniqueness
Thank you for voting!
Siddharth “Gopya” Gopujkar
A Mechanical Engineer who is as interested in the mechanics of DotA 2 as every machine he studies. Pursuing his Master's at the Michigan Technological University.
Share Tweet

Yangon Galacticos have been disqualified, KSH banned due to allegations of scripting