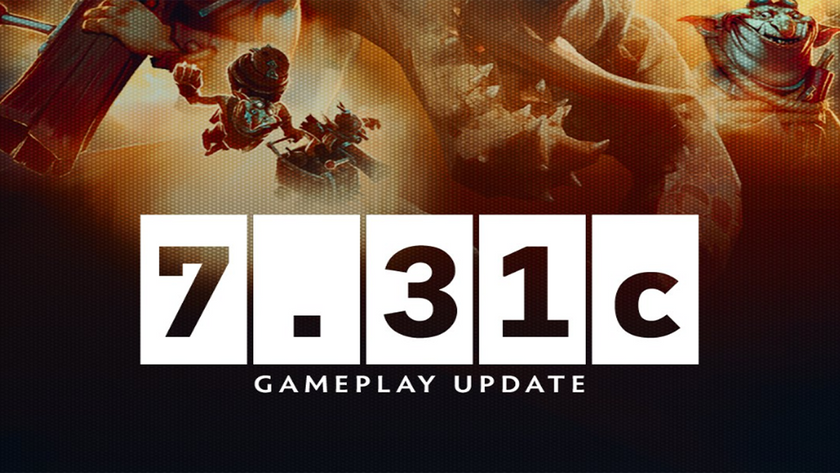 Dota 2 patch 7.31c brings nerfs to a lot of high riding heroes, with Death Prophet being hit the hardest right before the ESL One Stockholm Major.

The DPC Leagues for all regions are done and dusted, the teams for the upcoming Major have been decided, and with the Major just over a week away, IceFrog has dropped a new balance patch to make the tournament a bit spicier. Dota 2 patch 7.31c patch nerfs most of the heroes that reigned supreme in the DPC Leagues. A few heroes, like Death Prophet, have been dealt a massive blow. Teams will need to take that into consideration when they plan their strategies for the ESL One Stockholm Major. The entire set of changes can be found here. We will take a closer look at some of the prominent changes.

Both the broken neutral creeps, Harpy Scout and Dark Troll Summoner have been nerfed. 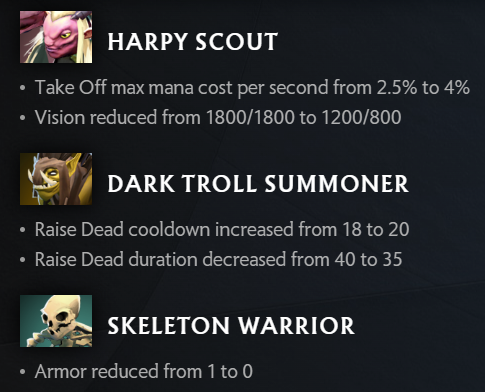 Harpy Scout provided 1800 unobstructed vision (flying vision) during day and night, and it gave the team having control over a Harpy Scout an insane advantage with vision in team fights. The vision was perhaps most useful during Roshan fights, as the Harpy Scout provided vision inside the Roshan pit and the enemy team had no way to take it down.

Dark Troll summoner was guilty of resurrecting Skeleton Warrior hordes that took down tier 1 towers as if they were made of candy. With the nerfs to Raise Dead as well as the Skeleton Warriors themselves, those shenanigans will probably reduce in effect and frequency.

With both broken neutral creeps nerfed, heroes like Chen and Enchantress will see their early game take a hit, and we could expect to see a drop in their pick rate at the Stockholm Major.

The Eye of Skadi slow has been skewed in favour of melee heroes. Now, the slow percentages will be-

Any natural melee Skadi builder, like Chaos Knight, who has a way to get onto enemy heroes (again, like Chaos Knight, who builds Blink Dagger a lot of times), can bring ranged heroes to a crawl. Not that it should deter ranged heroes like Medusa and Morphling from building Skadi, but it is bound to have an effect in the close call situations when a hero who wouldn’t have escaped before patch 7.31c will find a way out of the murky situation.

Wraith Pact was an item that was introduced to the game in Dota 2 patch 7.31. The item really hasn’t caught up, and with multiple buffs, the thought is to make it an item worth consideration at the Stockholm Major.

The item has received all round buffs, and does appear to be decent. But the question is, is the 4050 gold cost a bit too high for a support to build it? Offlaners of late have started going off team fight items like Vladimir’s Offering and Pipe and Guardian Greaves and now tend to go the damage route. In that scenario, it is up to the position 4 or position 5 heroes to get items like Wraith Pact, which they can’t really afford. It will be interesting to see if tempo controlling mids or offlaners go for Wraith Pact at the Major because of the buffs in patch 7.31c.

Although there are a few buffs in the hero changes in patch 7.31c, most changes are nerfs to the high flying heroes. Some received a tap on the wrist, while others had a baseball bat swung at their face. Let’s take a look at some of the latter ones

One of the reasons Chaos Knight is a popular pick is because of his Aghanim’s Shard upgrade. Having the bonus range decreased will hurt him. But more importantly, CK is a hero that peaks earlier than most heroes and depends on his earlier power spike to take control of the map and take the first and even second Aegis. With his ability to do so hampered because the bonus damage from Chaos Strike not applying to Roshan, it will put a chink in his armor.

Death Prophet was being played in every position from 2 to 5. Teams mostly played around her hitting level 6 to use that to pressure and get a tower, and get map control. With the new nerf, that part of her game will suffer monumentally, and there is strong chance we don’t get to see her at all at the Stockholm Major.

Necrophos has been a menace in the offlane in the DPC Leagues, and the new weapons he has working for him are the permanent HP and mana regen from a Reaper’s Scythe kills and his Aghanim’s Shard upgrade ability, Death Seeker. Both have been nerfed in patch 7.31c, which is bound to bring Rotund'jere down a notch. The HP regen nerf especially is a pretty significant one, lowered by 33% at each level. 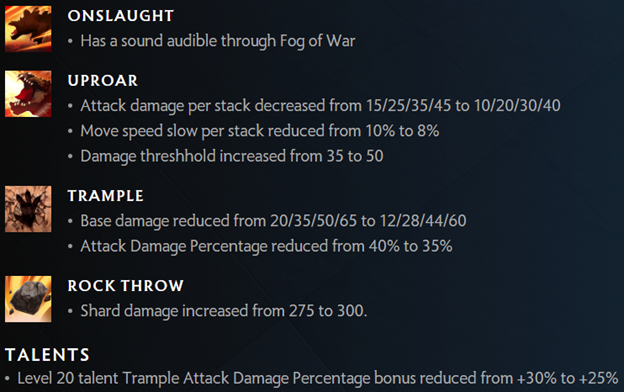 Primal Beast might have started off as a weak hero in Dota 2, but the buffs that came after along with the knowledge to play him correctly have made him a menance in high level pubs. He has been one of the best offlaners in top tier pubs since patch 7.31 rolled in. Primal Beast is an extremely strong hero at levels 2 and 3, when he has Onslaught and Trample. The hero has kill potential in lane and can also rotate to the mid lane for an early kill on the opposition mid. Onslaught being audible through the fog will make enemies aware a split second earlier, and Trample damage being nerfed will make it a lot harder to secure those early game kills (the nerf is the hardest at lower levels). He isn’t a part of Captains Mode yet, so it won’t on the minds of professional teams travelling to Sweden, but the nerfs will have an effect on pubs. 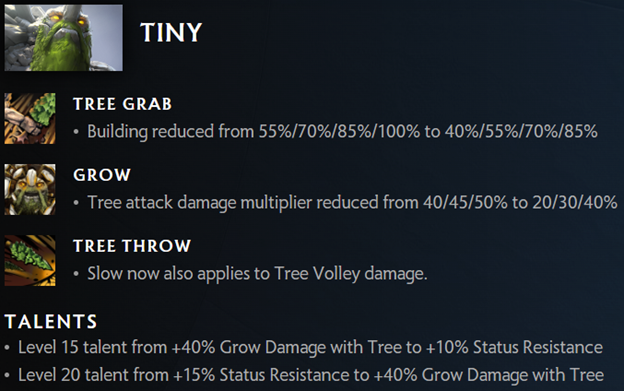 Tiny was a tyrant at TI10, and was rightfully nerfed after TI10. But the Aghanim’s Shard purchase time being brought down from 20 minutes to 15 minutes in Dota 2 patch 7.31 was all the Stone Giant needed to reign supreme again. His Shard gives him permanent Tree Grab, and having a 1400 gold Battlefury 5 minutes earlier is always a win! Tiny is one of the heroes who had the most popular Aghanim’s Shard in the DPC Spring Tour. The bonus damage Tree Grab does to building has been nerfed in patch 7.31c, and the right click damage has been pulled back through nerfs to Grow. This does not totally take Tiny out of the equation, but it does make it more of a level playing field when a team gets their hands on Tiny.

It's a bit too early to say how the professional players see this balance patch just before the ESL One Stockholm Major, but one person who has welcomed it is Tundra Esports’ carry, Oliver “Skiter” Lepko.

How much of a difference it will make at the event, we will have to wait and see when teams from all six regions begin their fight for the $500,00 prize pool on the 12th of May.

Do you like the balance changes in Dota 2 patch 7.31c?