Top 5 carries going to the International

The carry position is arguably the most important role in the game, a good carry gives you wins, that's all he does.

(Criterions are listed in order of priority) Artour ‘Arteezy’ Babeav is hands down the best carry in the world at this point. There isn’t even a discussion about it from a statistical perspective.

Team Secret plays around Artour, he is the center piece of the team and he is probably the best player to build a team around. He has always been a good carry player but 2015 has been a breakout year for him.

Arteezy’s in-game averages are the best; a GPM of 601, XPM of 600 and a KDA of 4.3. He usually gets the maximum amount of space on the map and he uses it to the maximum level possible. He sometimes plays the mid role as well on specific heroes such as the Shadow Fiend.

Mr. Baby Rage’s Shadow Fiend is the best in the world, he has played 32 games on the hero and has won 27 of them with an impressive win rate of 84.4%. His signature hero is Anti Mage, even though it has fallen out of favor Secret do run it from time to time to hard counter specific heroes and his averages are just off the charts. He is 4-0 with a KDA of 32 and boasts a XPM of 876 and a GPM of 777. 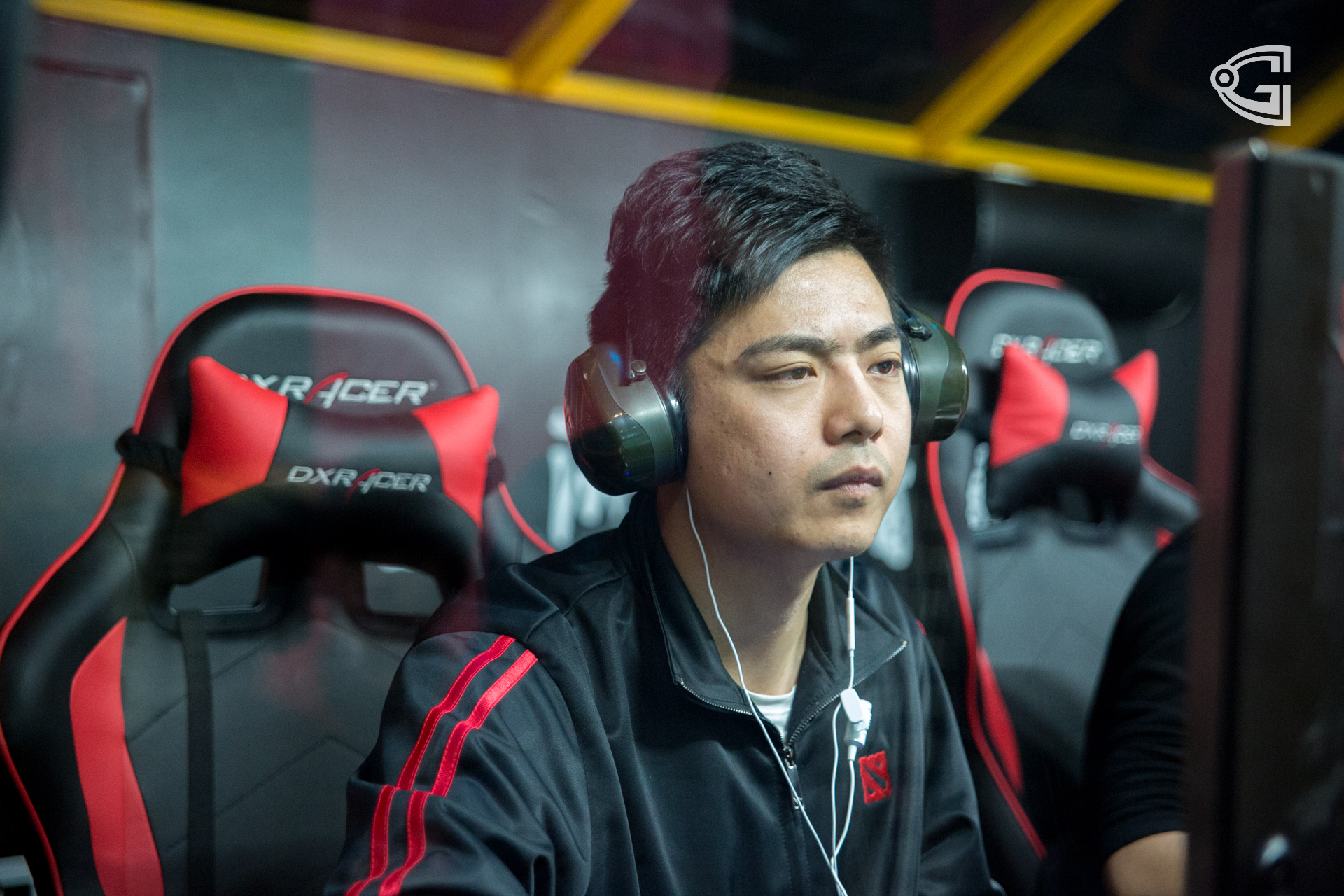 Xu ‘BurNIng’ Zhilei is the face of Chinese DotA, he is a true DotA2 legend and is the oldest player in the scene. This is his seventh year playing professional DotA, from CaNt in October 2008 to Invictus Gaming this year. He has been playing carry all his life and that experience shows.

Invictus Gaming acquired BurNIng earlier this year but they didn't perform as well as they would have liked. He might be old but he is still one of the best carries. Even though the meta isn't really helping his play style, he has managed to hold his own among the best in the world.

Xu’s in game averages are easily one of the best, he has an impressive KDA of 4.4, a GPM of 558 and XPM of 548. His most impressive hero is Morphling on which he has stats similar to Arteezy’s Anti Mage; a record of 16-4, GPM of 599 and XPM of 591. Morphling isn't really something we see a lot nowadays but it is a niche pick for iG.

A strong case can be easily made for Invictus Gaming as the best team in the east considering Vici Gaming’s recent woes. BurNIng is obviously a very important part of this iG roster. 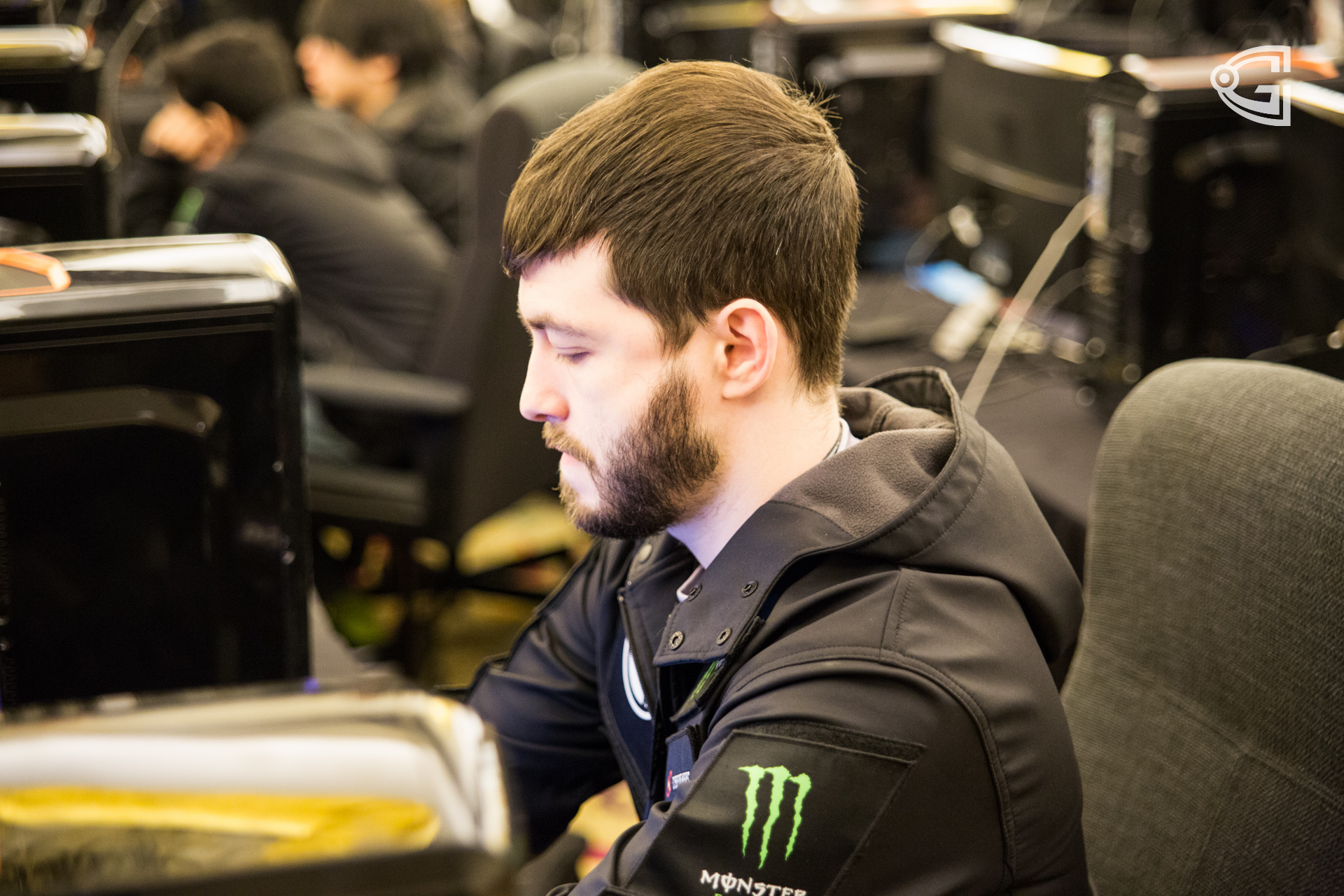 Clinton 'Fear' Loomis is the face of North American DotA, he is the oldest western player and has struggled with arm injuries in the past; it’s amazing how he still manages to play at such a high level.

Fear’s most impressive statistic is his KDA, an amazing 5.1; the KDA of a top tier carry floats around 4.1. His GPM and XPM are great as well, 557 and 589 respectively. He usually gives space to SumaiL and plays less farm dependent heroes such as Razer, Bristleback, Huskar and Clinkz.

His most impressive at this moment is Phantom Lancer on which he has a record of 7-0 with a KDA of 8.3, GPM of 648 and XPM of 663. Another great hero is Clinkz, EG is great at utilizing the hero and is a great counter to specific heroes and usually gives EG an insta-win.

This Evil Geniuses squad has achieved a lot, from DAC to the Summit 3 to ESL; they’ve had a plethora of top three finishes in big online tournaments. But the main goal for Fear is to capture that elusive title and this is his best shot, yet. 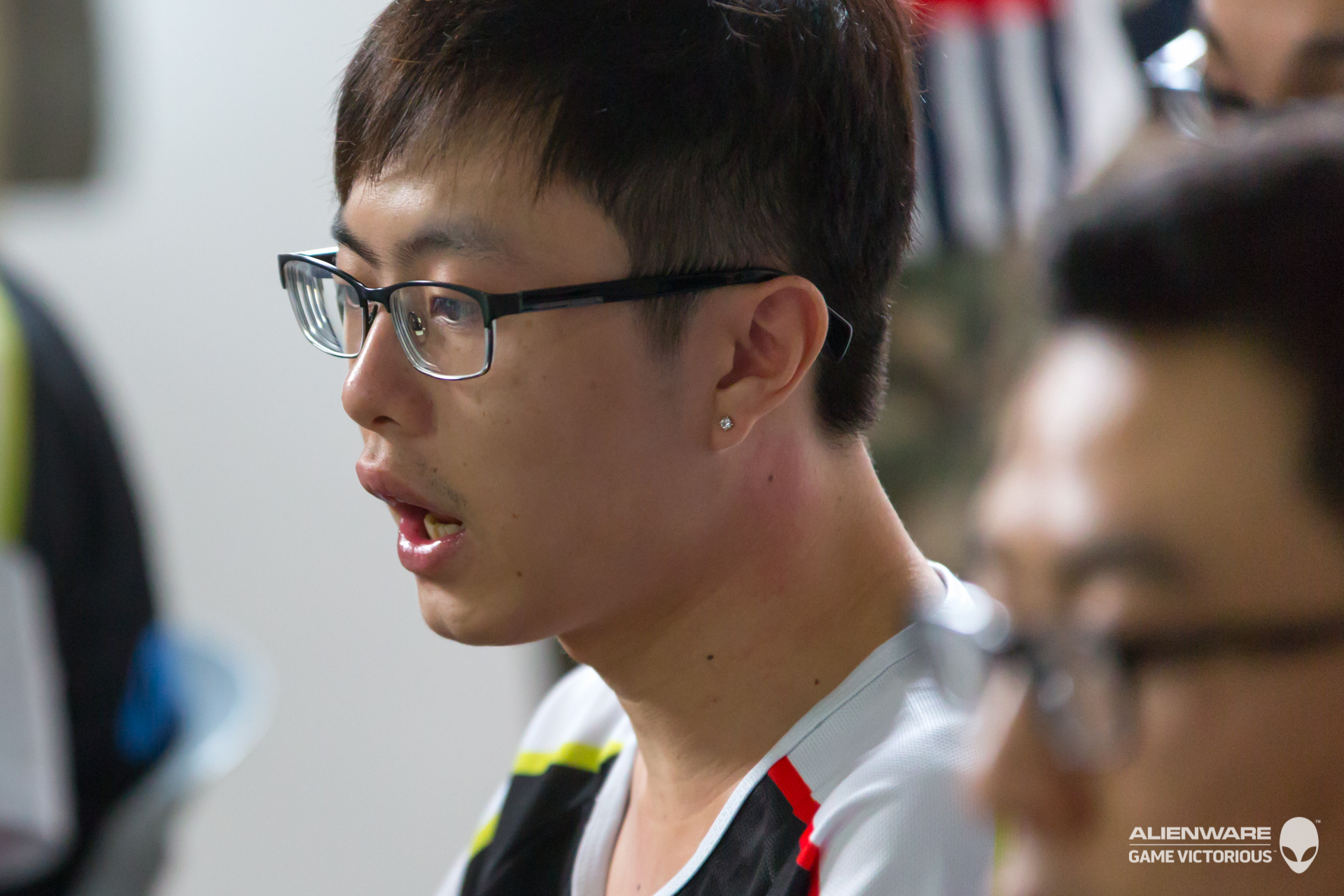 Zhi 'Hao' Chen is a very experienced player, he started his pro career with TongFu back in 2012 and has had a stellar career so far, including a TI title when he played for Newbee last year. He is one of the most aggressive players in the scene has well although he has toned it down a bit with VG.

Hao was the most dominant carry in 2014 and was a key part of NewBee’s TI victory; after a disappointing performance at DAC he switched to Vici Gaming, who have been consistently placing well throughout the year until their problems started this past month.

He is easily a top tier carry and his in game averages can vouch for that; a KDA of 4.0, GPM of 557 and XPM of 567. But statistics don’t define Hao, it’s his aggressiveness that does. He plays a very risky style but is mostly rewarded for it.

General Hao, a nick name given to him by the Chinese community has been performing really well on a variety of heroes. His Phantom Lancer is amazing, a win rate of 72%, KDA of 6.5, GPM of 558 and XPM of 590. He is also plays more finesse heroes such as Storm Spirit, Queen of Pain and Leshrac.

The International is the biggest stage for any DotA2 player, Hao has been there and his experience is invaluable. With TI5 approaching, it’ll be interesting to see how much VG have improved since ESL One Frankfurt and how much Hao is able to contribute to their possible success. 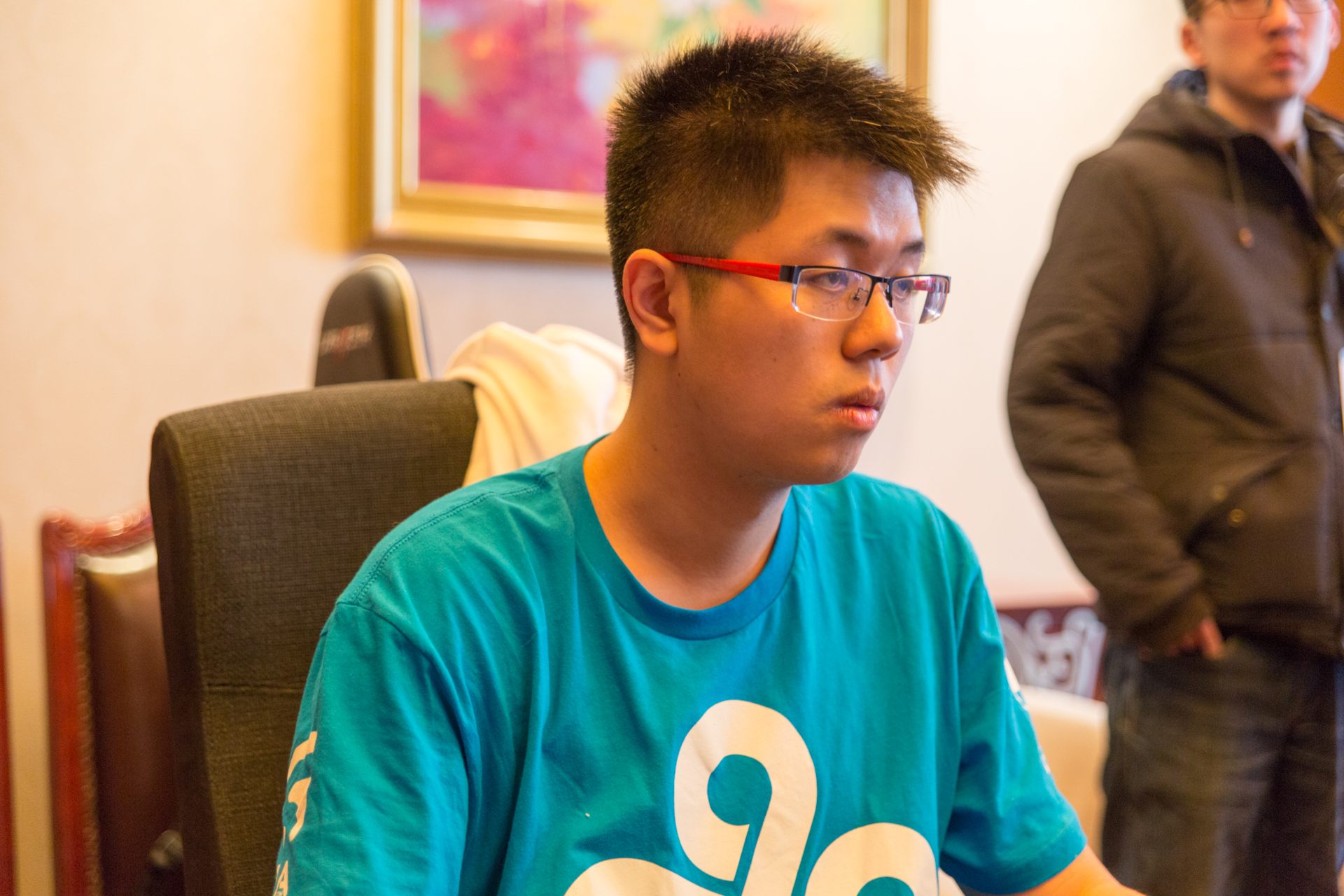 Jacky 'EternalEnvy' Mao is a polarizing personality, he is loved by some for his crazy farm and carry potential, attitude, work ethic and so on. He is also hated by a good portion of the DotA community and is a jerk according to them but EE-Sama is still one of the best carries in the world.

When the meta game was focused on farming, Cloud9 was built around EternalEnvy and he shined. They fought as four, leaving Jacky to farm and carry them late into the game. Since the meta has shifted and the teams are playing more fast paced DotA, Jacky has faded away a bit.

Even after falling down a tiny amount, his statistics are as good as anyone on this list; a KDA of 3.7, GPM of 551 and XPM of 533. Statistics are not the only measure though, he is the leader of this Cloud9 squad and has been one of the reasons for their recent success. Although he stood down form the drafter role, he controls in game decisions to some extent.

EE-Sama’s signature hero is Terrorblade but since Icefrog hates the hero and TB is irrelevant but Jacky still does well with his wide hero pool. His best hero is undoubtedly Tiny coupled with n0tail’s Wisp; a win rate of 76%, KDA of 4.4, GPM of 630 and XPM of 591. Other impressive heroes include Phantom Lancer, Gyrocopter, Naga Siren and Queen of Pain.

EternalEnvy and Cloud9 are still looking for a major title, their last victory was…..never. Second and Thirds places are a plenty though, their chances of winning TI are low but let’s see what they can accomplish.

Check out all of our The International 5 coverage here.