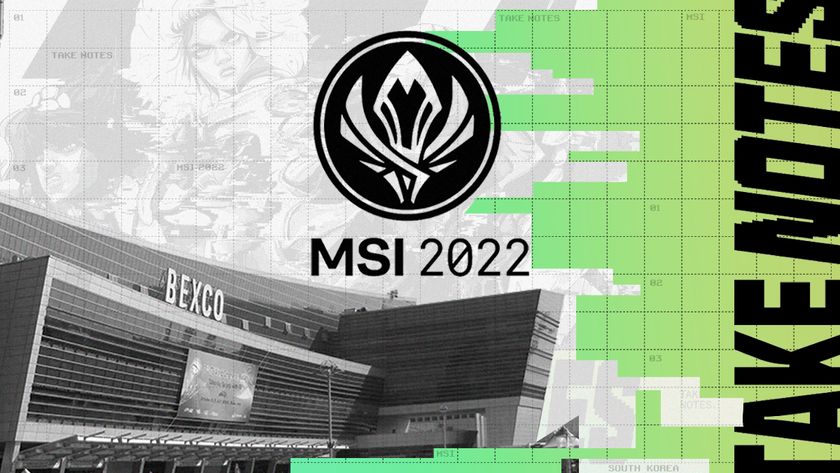 It's gearing up to be an exciting MSI.

The stage is now set in Busan, South Korea with all 11 teams having confirmed their slots at the Mid-Season Invitational 2022. It has been an exciting Spring Split for all the regions as we have seven new competitors for this year's edition of MSI with four returnees from last year. Royal Never Give Up makes their return as the reigning champions, hoping to make it back-to-back MSI titles whilst the likes of PSG Talon, Detonation FocusMe, and Istanbul Wildcats make up the rest of the teams that retained their slot.

Around the rest of the world, there was plenty of shock and awe, especially from the LCK, LEC, and LCS with plenty of new names on the board. G2 Esports are finally back at MSI after missing out last year, hoping to win their second title after their first in 2019. T1 is also back at MSI with the two-time winners within a good chance of claiming their third. Last but certainly not least is Evil Geniuses, who against all odds, took the LCS Spring Split title and knocked out the top three teams in NA.

With MSI set to start from May 10 - 29, the teams have already been divided into their respective groups. There will be two groups of four with a single group of three. With three former winners in our midst, it makes for great viewing to see who will lift the MSI title.

After winning MSI last year, Royal Never Give Up had a horrible Worlds campaign, ending their run prematurely in the quarterfinals against the eventual winners. However, they have made up significant ground this season, taking the LPL throne once more with a dominant display in the Spring Split. RNG returns as the reigning champions, looking to defend their MSI crown and prove that last year's win was no fluke. Making only one change and a role swap, RNG has shown that they could potentially be back to their very best.

Placed in Group B alongside PSG Talon, RED Canids, and Istanbul Wildcats, RNG will be facing the PCS champions for the third time in three international LANs. Having knocked out PSG Talon in last year's semifinals, RNG will have the upper hand heading into the tournament, knowing full well how to perform against them. However, having never played RED Canids or Istanbul Wildcats before, it will be interesting to see how the reigning champions will handle these wildcards.

Having home ground advantage, T1 makes the most sense in standing the best chance of winning their third MSI title. The LCK's most successful team has made the perfect start to their 2022 season, going undefeated throughout the entire group LCK group stage before steamrolling the competition with ease. The likes of Lee "Faker" Sang-hyeok and co. have been a revelation this season with the seasoned veteran hoping to lead a young squad full of talent and potential to the promised land.

T1 will have arguably the easiest group stage run, being paired with Detonation FocusMe, Team Aze, and Saigon Buffalo. Having faced DFM twice at last year's Worlds, T1 came out on top on both occasions so it's not hard to see them take the win once more. They also faced Saigon Buffalo twice in MSI 2019, also winning both matches. However, this will be their first time playing against Team Aze.

Having missed out on international competitions for the past two years, the VCS has been isolating itself from the rest of the world due to the ongoing pandemic that is plaguing the nation. Thankfully, Vietnam is now slowly recovering from the effects of Covid-19 and that also means that the VCS can finally make its return back to the international stage. The last team to make it to MSI was back in 2019, which also happened to be Saigon Buffalo, then known as Phong Vũ Buffalo.

Having missed out on the last two years, Saigon Buffalo will be heading into MSI 2022 as the literal dark horse of the tournament as teams will have very little information about them. It will be interesting to see how Saigon Buffalo stacks up to the rest of the competition as they've only had the chance to play teams from the VCS, limiting their range of teams to play against.

Nobody could have predicted that out of all the top teams in the LCS that it'd be Evil Geniuses that will be representing the region. Ever since making their return to League of Legends, EG had never found their groove in the LCS whilst the likes of Cloud9, Team Liquid, and 100 Thieves kept going on an upward trajectory. However, 2022 has been a different season for the boys in blue, especially during the playoffs. EG were seen as the underdogs of the LCS and boy did they live up to their expectations.

The team went 9-0 in the lower bracket, taking out the top three teams in the LCS without dropping a single match to claim their first LCS title as well as their first-ever trip to an international LAN. After coming close multiple times last year, the team is finally on the right track with a great team composition that is centred around youth, creativity, and seasoned leadership. Being in Group C alongside G2 Esports and ORDER, it will be interesting to see if EG can get the top two spots to move on to the next stage.

G2 Esports are finally back at MSI and will be looking to make the most of it. The 2019 champions missed out last year after a dismal season in which they did not make it to any of the two big tournaments. However, 2022 is starting to look like their year after a strong showing at the LEC Spring Split. G2 went 12-0 in their lower bracket run to claim their ninth LEC regional title, proving to the rest of the region and the world that they are back.

After making significant changes to their squad, G2's final test will be to see how well they perform in this year's 'group of death'. They have placed together with Evil Geniuses as well as ORDER, two underdogs that managed to turn their region over its head. G2 will have their work cut out for them but with the likes of Rasmus "Caps" Borregaard Winther and Marcin "Jankos" Jankowski, leading the charge, G2 can very well make it to the Rumble Stage, provided they don't slip up at all.

The group stage portion of MSI 2022 will be played at the Busan Esports Arena, except for Royal Never Give Up who will be playing remotely from China. The group stage will start on May 10 - 15 followed by a four-day break before the teams head to the Busan Exhibition & Convention Center to start the Rumble stage, which is scheduled to begin on May 20 - 24. There will then be another two-day break before the knockout stage begins, which is expected to happen from May 27 - 29.

The group stage will see the top two teams from each group playing a double round-robin, best-of-one series to determine who goes on to the next round. There, the six remaining teams will play in another double round-robin, best-of-one format to determine the top four teams that will be heading to the knockout stage. The first-placed team will get to choose who they will want to face between the third- and fourth-placed team. The knockout stage will be a single-elimination, best-of-five series bracket to determine the winner.

Which of these teams will be the standout performer of MSI?