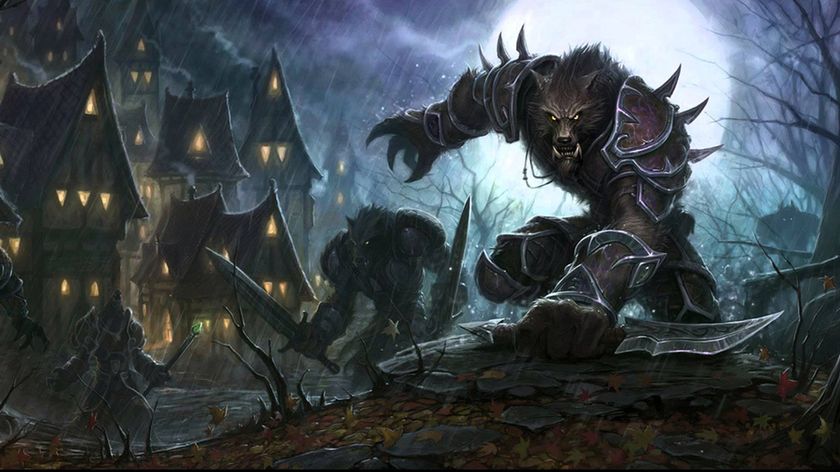 After a series of hard-hitting patches in 2016, Greymane did not have much going for him besides having trimmed claws. Recent buffs seem to have reawakened the inner beast in Greymane. But how to build the new Greymane?

The Curse Of Nerfs

Greymane's arrival into the Nexus brought us exploding bottles, devastating leaps, and swift takedowns. However, the competitive scene soon abandoned him, and with good reason. A quick recap of Greymane's volatile past shows us how a series of impactful patches, with the intention of balancing the Human and Worgen forms, instead contributed to the decline of Greymane's popularity.

Tracer patch (April 19, 2016) - Full Patch Notes
In his first rendition, Greymane became notorious for his Gilnean Cocktail (Q) ability and level 7 talent, Incendiary Elixir. The combination lent itself to nuking down enemies with a barrage of exploding bottles. However, the April 2016 patch threw a spanner in the works. Incendiary Elixir was redesigned into a tedious Quest Talent and the guaranteed explosion of Gilnean Cocktail (Q) was removed, severely nerfing Greymane's poke potential.

Gul'Dan patch (July 12, 2016) - Full Patch Notes
The second patch rectified some of Greymane's poke potential and ability to wave-clear. The damage numbers of his Worgen talents were increased and Gilnean Cocktail (Q) got buffed, trading damage for overall higher cooldown timers and lower human basic attack damage, going from 145 down to 140. His fragile nature and hard(er) to land abilities pushed him into the role of a glass cannon.

Balance patch (August 24, 2016) - Full Patch Notes
The last patch in The Curse Of Nerfs series could be considered as the final nail in the coffin. Greymane's last weapon, his burst damage, was dialed back. Razor Swipe (Q) and Go For The Throat (R) both got nerfed, without Greymane receiving any compensations that might help him survive longer in battle.

After this series of nerfs, Greymane lacked both the power and survivability that are needed to inflict serious damage. It's no wonder that professional teams began to avoid him. But is this image of a weak hero still accurate?

Has the curse been lifted?

Turns out, recent balance patches have lifted The Curse Of Nerfs and blew new life into our beloved Greymane, making both his Human and Worgen form viable.

Lucio patch (February 14, 2017) – Full Patch Notes
Greymane’s ultimate Marked For The Kill (R) has been renamed to Cursed Bullet (R) and now fires a bullet that hits the first Hero in its path, dealing 35% of their current Health as damage. The cooldown is a mere 30 seconds and using the ability only costs 50 mana.

Greymane's redesigned ultimate, Cursed Bullet (R), overhauls the way Greymane is played. Where the design of Going For The Throat (R) led Greymane players to use his ultimate as a finishing move, the new Cursed Bullet (R) instead allows him to open the fight. Likewise, Greymane can now enter the fray in a more reliable fashion, as the extra 10 Armor prevents him from being blown up at a moment's notice.

Does this mean that the curse is lifted? We cannot say for sure but, professional teams seem to believe in the power of Greymane once again, as his pickrate grew from 7 to 37 percent since the release of Lucio on February 14th.

Still not convinced that he is making a comeback? As I am writing this, the revitalized Gilnean king already made his first appearances at IEM Katowice. On the first day, Greymane saw action in the matches between Misfits and Nomia, in the tense series between Tempo Storm and Infamous, and in the battles between Tempo Storm and Team 8. That leads us to one final question: How should we build the new Greymane?

How to build the new Greymane?

In light of his recent changes, we might consider builds that professional teams have used since the Lucio patch. Our suggested Greymane build is based on the work of Misfits' Darkmok and Nurok, and Infamous' Unusual.

While Inner Beast (W) is active, each Basic Attack lowers its cooldown by 0.8 seconds.

! Reward: After hitting 15 Heroes, the cooldown is also reduced by 4 seconds.

Greymane shapeshifts into a Human and fires a bullet that hits the first enemy Hero in its path, dealing 35% of their current Health in damage.

Inner Beast increases Movement Speed by 30% once it has been active for 3 seconds.

Attacking a Hero that is slowed, rooted, or stunned increases your Basic Attack damage by 30% for 3 seconds.

Human Basic Attacks splash for 100% damage behind the target.

Greymane went from glass cannon to fearful monster with only a couple of small changes. It is easy to overlook the impact of 10 extra Armor and a redesigned ultimate. Like other heroes before Greymane, such as Medivh or the reworked Tassadar, it takes time for people to understand and capitalize on the unique kit that some heroes offer.

I am not certain if we will see Greymane being used with different talents in his current rendition but one thing is certain: he is potentially more fearsome than ever.

What side of Genn Greymane do you like most?