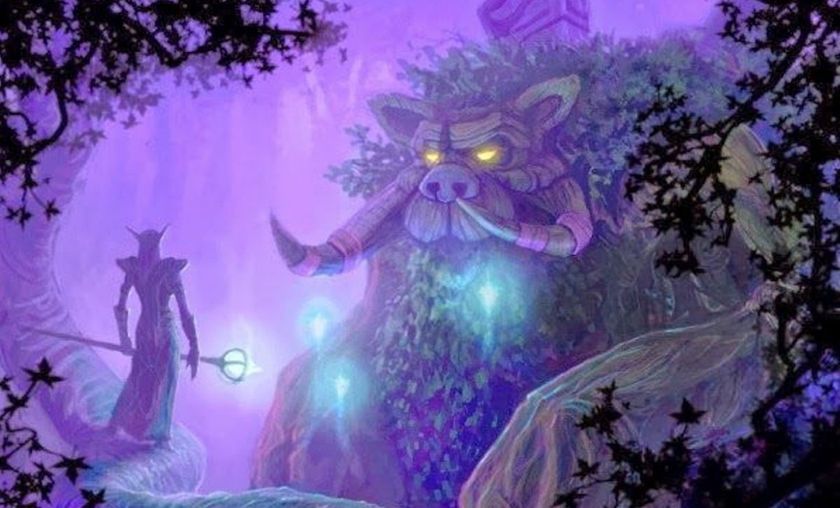 Ramp Druid does not seem to be a very popular build nowadays but with Zoo and Hunter being all over the place, there’s nothing wrong with good, old-fashioned taunting up.

Yes, fast Druid is, and has been for some time, all the rage when it comes to Malfurion builds. The [card]Force of Nature[/card] plus [card]Savage Roar[/card] combo is too powerful of a burst to be overlooked and is Druid’s most potent win condition, winning games even when behind on board.

But Druids, in the end, are all about board presence and tempo and the ramp archetypes is built exclusively on those two fundamentals. Initially popularized by players like Janne “Savjz” Mikkonen, Petar “Gaara” Stevanovic and David “Dog” Caero and beloved by Druid experts such as Chris “Logan” Boutakidis, the deck relies on dropping one big threat after another while accelerating mana through [card]Wild Growth[/card], [card]Nourish[/card] and, of course, [card]Innervate[/card].

Cloud 9’s Aleksandr “Kolento” Malsh has never been a bright member of the ramp club but a player of his caliber is capable of winning with everything and last week he blew the dust off of his [card]Ancient of War[/card]s, other big taunts and even bigger dragons and took the deck to ladder. It got him to top 50 of the legend rank.

One thing you will notice is the microchanges Kolento has done to the standard ramp list. He runs double [card]Nourish[/card] and one [card]Sunfury Protector[/card] and drops one [card]Ancient of Lore[/card] and [card]Druid of the Claw[/card]. While 1x Claw is not unseen in Druid decks, the 1x Lore is an interesting tech decision – Kolento values the ramping power of [card]Nourish[/card] more, apparently, and the card can always serve as card-draw mechanic when drawn late, filling up one of the functions of Ancient of Lore.

As every ramp Druid, you have to remember that this is a minion-based deck, meaning you will win games by trading and outvalueing your opponent. Druid has never been good in resetting the board state and the only way to deal with enemy’s board is to develop stronger, fatter board yourself.