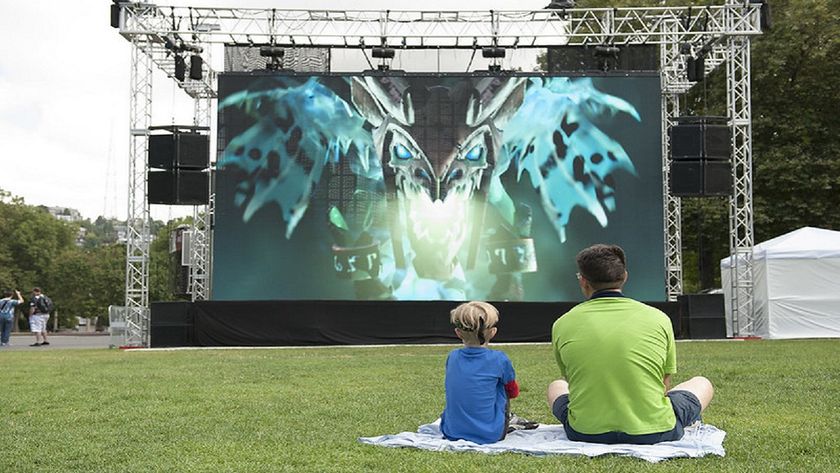 The future of esports relies on the impact from those in the industry now on those that are just entering into the fold. But are they in good hands?

The esports world as we know it is developing and growing at breakneck speed. According to Esports Charts 2019 report

Esports has set an all-time record in 2019 - 1.8 Billion Hours Watched. But the sky is the limit. The viewers peak on G2 Esports match against SK Telecom T1 at Worlds 2019 semifinals reached nearly 4 million viewers. This is 145% more than at the LoL Worlds 2018 and it's another achievement for the industry.

That's quite a multitude of eyes on the esports industry, paying attention to what players and teams are doing and saying.

With a huge influx of youngsters (read teenagers 15 and 16 years old) coming into competitive esports and even younger fan bases watching from the sidelines, what happens now will be reflected later.

The future is now and the window of opportunity is closing fast for being able to achieve sustainable development that is reflective of what we want esports to be.

That includes which principles are embraced and how the next generation entering into the industry are shaped and developed. The tone, culture, and values are being molded right now.

So, are the next generation in good hands? Or are we setting esports up to continue being a toxic, crude, or antagonistic industry?

Social Media; Free for all

Just like social media, esports is a platform for all. Everyone is entitled to their opinion, expression, and style.

So how do we show a good example to the younger generation, because the world they perceive is just going to be what we see today?

If a player takes to social media making accusations or slinging insults to others from an emotional standpoint it sends the message to the fans and brands that is not as inclusive or welcoming.

There is a fine line created between style vs toxicity.

Further, to neglect to address or correct it after shows an unapologetic nature ripe with entitlement and brazen tendencies.

The same goes for teams engaged in trash talk post or pre-game with opponents. Many times it can be friendly banter but often things can become cringeworthy or cross a line. In esports this is all too often the case and sets the tone for what is considered acceptable behavior on how to treat each other.

When fans see teams engage in such on a social platform reaching millions, we can't be surprised when we see it being emulated in-game. What is accepted in one area will be assumed to be acceptable in another. And don't we already have enough problems with in-game toxicity? Perhaps we can not completely remove toxicity from a gamer's nature, but we can certainly not condone or model it.

In fact, all of these social media accounts, whether players, teams, managers, or organizations are forgetting that they have a responsibility to lead and guide the future generation.

Do we want our future esports generation to be this self-centered and lack empathy? It is sports, it is competition, but it doesn't make us less human.

Social Media creates a great opportunity for teams, organizations, and players to leverage their influence and reach to enhance engagement, establish one-to-one relationships, tell the stories of the team, and pass on their ideals as well as their credo.

It is a chance to create and shape the culture of esports into something that reflects the passion and competitive spirit as well as establishing a community and place of belonging.

Development programs; Where are they?

Just three weeks ago the Esports Certification Institute was introduced —and it wasn't well-received.

What was meant to create a merit-based examination and certification program fell under heavy criticism as putting success behind a paywall and continuing the 'tradition' of gatekeeping.

What esports does need are programs and projects that would mentor and nurture aspiring candidates and the next generation. These could include but are not limited to internships, online courses, coordination, mentorships, and workshops.

Projects where diversity and inclusion are embraced, creativity is cultivated and nurtured and success is celebrated as something that can belong to everyone and anyone.

As the veterans and those with established platforms move forward trying to further their careers and brands in esports, it would be in everyone's best interest to take a moment to reflect on the messages that are being sent out in interactions and what statements are being made that others will latch on to.

Sitting in the spotlight of social media there are opportunities to foster development and create rewarding programs, which should be done with great tact and great care.

While striving to be the best version of oneself, it can not be forgetten that not everything can be achieved alone. Only when someone opens up to understand and embrace help/ opinions, wonders will be created and actualized.

We at GosuGamers are committed to championing the future generations of esports in a healthy manner that will foster the development of the future esports generations we can all be proud of.

Keep your eyes peeled for some upcoming projects that will be open to the community and aspiring esports professionals.

Is the future esports generation in good hands?

We could do better
Thank you for voting!
We NEED to do better
Thank you for voting!
Cristy “Pandoradota2” Ramadani
Pandora is a behind the scenes Dota 2 professional Jack of All Trades. When not busy with Dota 2 work, she is out trying to save the world or baking cupcakes. Follow her on Twitter @pandoradota2
Share Tweet
79 people reacted to this post