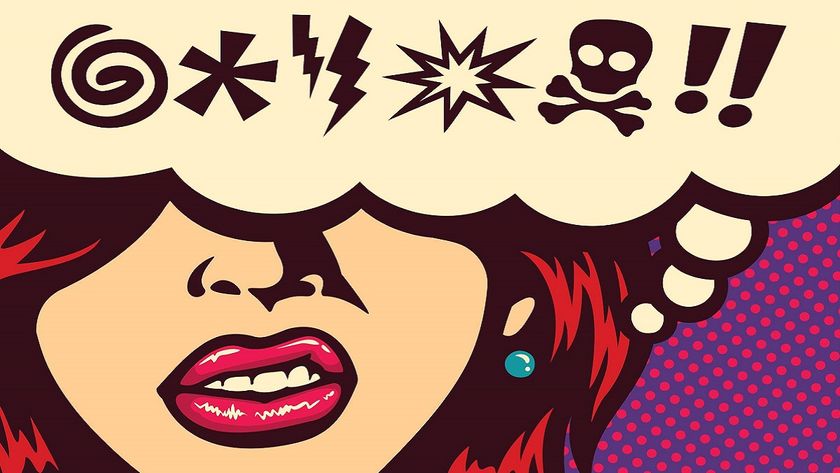 Its been long known that Dota 2 has a problem with toxicity in games, but things have seemed to reach a boiling point and no one is turning the heat down.

Valve is infamously known to be hands-off when it comes to Dota 2. It takes a great deal of backlash and negative reactions from a small circle of professional players and personalities vocalizing their discontent before the software development company steps in to address concerns.

Toxicity in both pubs and even officials has been going on for some time. It isn't a new issue, and often when brought to the forefront, is met with responses and statements such as "Trash Talk is fine", "All competitive sports engage in some negative and insulting banter or trash talking", "Its part of the sport/game/experience".

It is akin to the adage "boys will be boys" to excuse any aggressive behaviors or reactions - a rallying cry that has started to be challenged by the public and giants such as Gillette as a negative concept that only serves to promote inappropriate conduct.

Two years ago, following TI7, Valve introduced the Magical Mute Button. Much of the communication in Dota 2 has been identified as players flaming each other--telling how bad others are, how hard they owned the enemy and random sexual encounters with your birth giver.

The option was originally added in order to mute all chat from enemies but later was adapted to be able to even include your own teammates - just a sign of how low things had gotten within the gaming experience.

Chat Wheels, pinging and taunts have all since become a way to both communicate and also irritate your teammate or enemy. Don't believe it? Surely PSG.LGD can confirm that.

Sure, that is all fun and games, but how normalized should such insulting behavior become? And where is the line drawn in the sand regarding, if any at all, punishment to be handed out and to whom?

Over the course of the last year, the toxicity has reached new levels. It has now started to include using slurs and other racially motivated insults. Things have moved on beyond wishing some incurable and horrific disease on others or questioning the relation of another to certain animals. Insults and flames have become significantly personal, discriminatory and intolerant against certain groups of people.

Racial discrimination legislation usually defines certain harassing behaviors as ‘offensive behaviors’ and as being unlawful. Under the legislation, offensive behavior is doing an act in public because of the race, color or national or ethnic origin of a person or group of people that is reasonably likely to offend insult, humiliate another person or a group of people. Racial vilification could incite others to hate, threaten, ridicule, insult or show contempt towards another person on the basis of that person’s race, religion, color, descent or national or ethnic origin.

Eleven months ago Ivan Borislavov "Mind Control" Ivanov lost his temper in a pub game, lashing out with xenophobic comments, drawing ire from the Russian community. He and Team Liquid later apologized for his behavior and was fined for the incident.

Early in November, during the DreamLeague Season 10 Minor Andrei 'Skem' Gabriel Ong made a racial slur in the chat before an official match verses RNG. Around the same time, Kuku "Kuku" Palad had also made a similar remark in pubs, further fueling the fire. The Chinese community was upset by the lack of response or punishment from Valve regarding the incidents, although compLexity Gaming did report giving Skem a fine and having him issue an apology.

The local government and tournament organizers then decided to take matters into their own hands and issued both TNC and compLexity potential consequences for participation in Chongqing Major.

Valve only stepped in after TNC had continued to push the envelope regarding the situation and not because of the initial incident stating:

Our view on the situation is that responsibility resides with teams to handle these types of issues professionally. When they fail to do so, we will step in. While it is one thing to make a mistake and apologize, it is quite another thing for the team to lie about it or try to create cover for an individual player. TNC has mishandled the situation on multiple occasions, making the situation much worse than it needed to be.

Although Valve has stated that racism is not tolerated, their lack of action in regards to the actual matter of racism and slurs, has caused things only to fester.

The latest event involved OG's longtime coach-then-TI8 championship player Sébastien "7ckngMad/Ceb" Debs. The French player and famed personality came under fire for comments in a recent pub game where he was documented to be using xenophobic insults against Russians.

Federal laws exist to protect people against racial discrimination in all areas of life, including sport and aims to ensure that people are treated equally, regardless of their race, color, national and ethnic origin, descent, ethnic or ethno-religious background.

As a result, business, including sports clubs, have incorporated their own rulesets with a range of anti-racism strategies and initiatives to address the issue. Sporting organizations usually take reasonable steps to prevent the incident with codes of conduct, policies, and procedures built into contracts and provide education and training to their members to avoid liability.

Typically individual sports organizations may also be held vicariously liable by federal laws or governing agencies if people representing the organization behave unlawfully in the course of their duties - same as Team Liquid, TNC and compLexity had taken responsibilities in the past.

In Dota 2 things are no different. The professional players have stepped, perhaps unwillingly, into the spotlight on this stage. With all eyes on them as public figures and role models, reports of such behavior and insults have surfaced with increasing frequency. One member of the community has gone as far as to generate 25GB of data which was scoured through for instances of 'trash talk' from just players attending EPICENTER Major from their pub-games. It is an eye-opening document about some of the choice words and abuse some players use in pub games.

Alexei "Solo" Berezin is the latest speaking up about the incidents as he called out Ceb's behavior and Valve for not addressing the issue, going so far as to threaten boycotting EPICENTER Major.

Just yesterday the Russian player issued a statement that he, Ceb and Valve had been working on a resolution to the situation.

Over the last 48 hours we’ve had detailed discussions with Seb and Valve about this whole situation. We’re working on a long-term solution together but it’ll obviously take some time. All I can say now is that I’m glad that everyone is on the same page about what we need to do, how we need to do it, and having support from Valve makes me optimistic about our ability to tackle racism. Right now we all need to calm down and focus on the new patch, upcoming tournaments and game we all love. We’ll update you when we finalize the solution for this.

In many cases following a racist incident at a youth sporting event, the school or organization issues a punishment or engages in some level of community outreach or education.

What that will happen next and how much Valve will get involved is anyone's guess.  In the coming days or weeks, changes may be made and put into place with a public statement from Valve. For now, it is safe to say that there is and should be no room for such destructive and degrading behavior to take place in our beloved game.

Dota 2 is competitive and players are passionate. Emotions ride high and it is easy to get caught up in the heat of the moment. It is important to remember though there is a line between trash talking or spamming the chat wheel and hateful speech that will only incite discrimination and further hate. There are certainly more creative ways to express anger or frustration. Take a page from some Scottish insults that are quite colorful and unique like "Bolt, ya mangled fud". Or maybe it is time to revisit some wholesome Yo' Mamma jokes.

Do you think Valve needs to put some rules in place?

Yes of course
Thank you for voting!
No, its near impossible to regulate
Thank you for voting!
Cristy “Pandoradota2” Ramadani
Pandora is a behind the scenes Dota 2 professional Jack of All Trades. When not busy with Dota 2 work, she is out trying to save the world or baking cupcakes. Follow her on Twitter @pandoradota2
Share Tweet
850 people reacted to this post