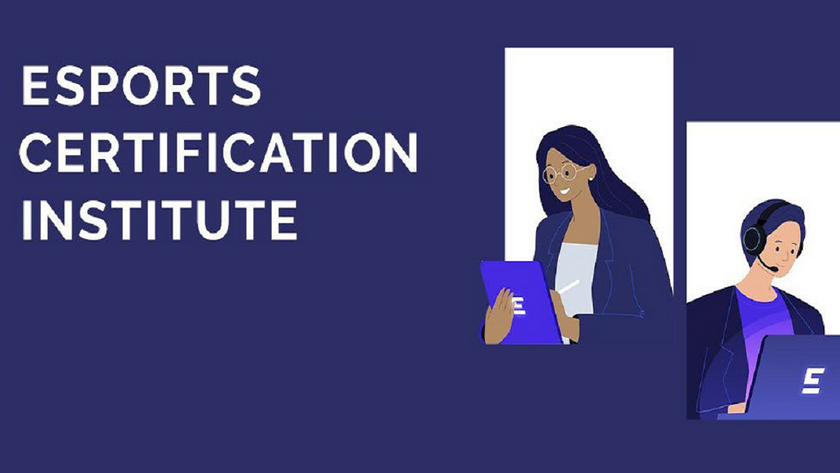 The esports certificate was meant to create a merit-based examination and certification program but fell under heavy criticism. What does esports really need?

On April 27th, the esports industry was set ablaze with a single tweet.

According to the release the idea was to set standards in esports hiring process and development of aspiring professionals. ECI's goal aimed at promoting ‘meritocracy, fostering professionalism, and increasing diversity and inclusion in esports’.

Anyone who has been a part of the esports industry or been trying to break into it knows full well that the hiring pipeline is quite broken. The scene is bursting with nepotism, prioritizing relationships and status over skills and ethics. Diversity is severely lacking. The same folks get recycled even after incompetence is apparent over bringing in new blood and fresh ideas.

Then once in the space, there are almost no resources or avenues for professional growth other than 'grinding' it out or trial and error. And for many an error can mean a sinking ship beyond repair.

ECI attempted to repair the pipeline. The ECI would administer exams featuring multiple-choice questions and an essay across three main areas: esports knowledge, problem-solving, and statistics. Those who pass the exam will receive the ECI certification, plus access to a membership program that includes networking, discussions with ECI advisers, and other career advancement opportunities.

But critics (read: the community majority) believed it was anything but and took to Twitter to express their concerns and share their memes about the program.

Co-founder and Houston Rockets’ ex-VP of Esports Sebastian Park ran a PR campaign, appearing on various esports talk shows, podcasts, and website interviews to talk about ECI's good intentions, their failed execution, and the raised concerns from the community.

Less than 48 hours later the program was put on hold to head back to the drawing board. esportsci.org is now offline. No new applications will be accepted and refunds have been issued for anyone that had already paid for the program.

The road to hell is paved with good intentions. And it certainly was hell for founders and advisers of the program for a few days.

The ECI program was initially presented with a $400 price tag, although almost as an afterthought information was provided that scholarships and a fee waiver would be available for those in financial need. To many, this just signaled another group of veterans turning gatekeepers into the industry and discouraged diversity. What it was supposedly seeking to circumvent in terms of nepotism, was just replaced with a new guard.

Another point of criticism was that it was an overarching exam and certificate in a field that has many different facets and requirements of expertise. If someone was to be hired in a tech-related role it would be a very different set of skills and training that should be measured than someone that is looking to getting into casting or talent end of things. According to reports, this was a 'mistake' in the communication of launch and it was never meant for all aspects or generalized esports careers but those looking for business entry positions. Unfortunately, that means it just fails to address the bulk of esports avenues available and affected by lack of industry standards or pathing.

The overall effectiveness was called into question as the community picked apart one sample question after another. With very SATesque questions, the exam was math-heavy and seemed to bear little relevance on... quite anything related to esports. Certainly, we don't need a nonsensical $400 Buzzfeed quiz to prove our worth to work in esports.

What esports does need instead?

In lieu of a one-size-fits-all approach that charges a fee for participants to prove their knowledge to enter the door, how about focusing on programs and projects that would mentor and nurture aspiring candidates.

Internships are a fantastic way to empower the next generation of competent and confident esports personnel. A proper internship would not only give aspiring employees a look into the realities of the industry and help them develop the appropriate skill set in an individualized manner, but it will also help with creating contacts and networking as well as having proved your worth upon completion.

Online courses and programs such as Enlight.gg where a full library of diverse content is available, with lectures provided by experts within the industry. It's basically Master Class for esports. They also provide coaching kits.

Coordination between experts and veterans in the industry and collegiate programs would be a fantastic way to enhance the content and knowledge for those that are currently enrolled in a program. Working together would be a rewarding experience for all parties involved and open up many opportunities for growth and diversity.

Mentorship programs are an ideal way of getting individualized attention and preparation for particular areas of employment.

Mentorships aren't anything new and in fact, have a proven track record of effectiveness.

The future of esports

The future of esports is reliant on those entering the workforce and space now. As the industry ages and advances, it will only survive if new, fresh ideas, diversity, strong skills, ethics, and talent are fostered. Each of us already in the field has a responsibility to ensure that passion and knowledge live on instead of guarding the gates or quelling the candidates.

Would you be interested in other types of mentorship, internship or course programs?

yes, those ideas are what we really need
Thank you for voting!
Nah, I just watch esports
Thank you for voting!
Cristy “Pandoradota2” Ramadani
Pandora is a behind the scenes Dota 2 professional Jack of All Trades. When not busy with Dota 2 work, she is out trying to save the world or baking cupcakes. Follow her on Twitter @pandoradota2
Share Tweet
42 people reacted to this post