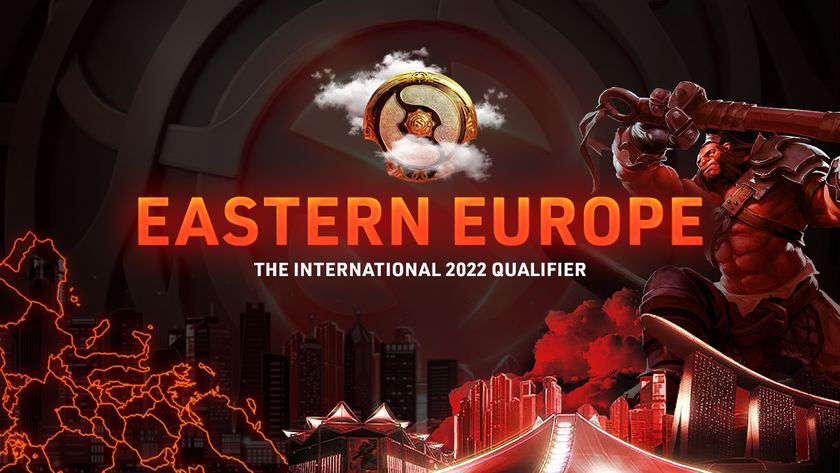 The International 2022 qualifiers are about to commence as Eastern Europe will be the first region to compete. Here's all you need to know.

The first region is getting ready to engage in an all-out battle to determine the final team(s) that will represent the Eastern European region at The International 2022.

14 teams will go head-to-head between September 3rd through September 7th. Only one will claim a spot in the main event. Two more teams will fly to Singapore for the offline Last Chance Qualifier.

This year's road to TI has been a rocky and rough one for the formerly-known-as CIS region.

After the first major being canceled across the board, the Eastern European region Tour 2 was put on a season hiatus after Valve had postponed the DPC for the region due to the war in Ukraine. It returned just prior to ESL One Stockholm Major 2022 with a shortened format and fast-paced, high-stakes action with three Major slots up for grabs for the Eastern Europe region.

The Virtus.pro line-up playing under the Outsiders tag got disqualified in the ad-hoc league play by Valve after Ivan “Pure” Moskalenko drew the militarist symbol “Z” on the minimap. Their disqualification gave a second chance to Mind Games, which Outsiders initially defeated.

However, Mind Games was not able to secure their visas in time to travel or participate in the event and after receiving a forfeit loss on day one, was then disqualified from the event on day 2.

Things didn't get much better for the Outsiders or the region at PGL Arlington Major.

When Fnatic lost to beastcoast, it not only solidified Evil Geniuses' place in The International but also crushed their own dreams, losing out on the invite to Outsiders by .05 points — or so everyone thought.

But according to Valve's official DPC website with the point distribution and rankings, there was a different story to tell, one that placed Outsiders in rank 13 and not 12th place to secure the invite.

In the end, it was determined that Outsiders did not, in fact, secure their invite and narrowly missed the mark.

Outsiders aren't the only contenders for the regional slot.

Now with Vladimir "RodjER" Nikogosian replacing Maksim "Forcemajor" Meretskii in BetBoom, formerly known as Winstrike, this team will no doubt be a contender for the regional spot.

At the halfway point in the third and final tour of the 2022 DPC, NAVI is sitting at the top of Division 1 in the Eastern European league and is definitely a challenger in the qualifiers for at least one of the three slots.

They may not have gained more than a handful of points during the season but Pari Parni featuring Gleb "depressed kid" Zyryanov and Pavel "9pasha" Khvastunov shouldn't be discounted at all.

Of course, there is a new, game-changing patch and that means anything goes and it's anyone's game.

Will outsiders claim their spot at The International 2022?

Yes for sure
Thank you for voting!
I'm not really sure about that
Thank you for voting!
Cristy “Pandoradota2” Ramadani
Pandora is a behind the scenes Dota 2 professional Jack of All Trades. When not busy with Dota 2 work, she is out trying to save the world or baking cupcakes. Follow her on Twitter @pandoradota2
Share Tweet
48 people reacted to this post

MinD_ContRoL interview: “I like when they change the heroes majorly”