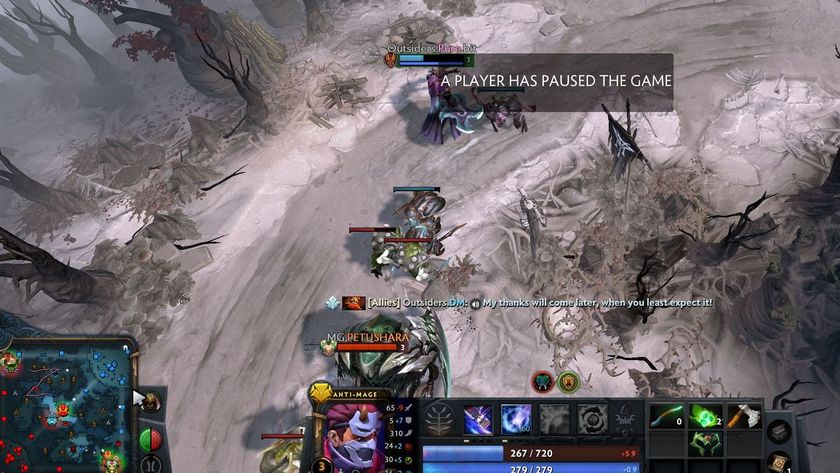 Dota 2 community waits for Valve to react after Virtus.pro carry player competing with the team in the Eastern Europe Dota Pro Circuit under the Outsiders tag drew the “Z” symbol on the minimap.

Ivan “Pure” Moskalenko drew the pro-Russian war symbol and then tried to cover it up, later on issuing a statement saying that he did it while team was talking during a pause. No apology was issued, as the Z letter came out as an “accident” and that he “didn’t mean to offend anyone.”

Beyond the Summit, who are the EEU DPC organizers, have already contacted Valve regarding the issue and are currently discussing how to proceed.

[update]: Following the incident that occurred during the first match between Outsiders and Mind Games, the Russian lineup has been disqualified from Eastern Europe Dota Pro Circuit. Mind Games will receive a default win for the series. According to an announcement made by Beyond the Summit, an updated schedule for the rest of the event will be released soon.

Since mid-March, the letter” Z” became a symbol used in Russian propaganda and by Russian civilians to show support of the ongoing invasion of Ukraine.

Over the past month, since Russia started the invasion of Ukraine, all esports organizations that have ties with the Russian government fell under the EU sanctions applied to the Kremlin regime. Virtus.pro is one of the orgs banned from playing in most of the esports tournaments, however, their players have been allowed to compete under a neutral tag.

Eastern Europe DPC Spring Tour league season was indefinitely suspended by Valve when Russia started the war in Ukraine, but as we draw closer to the Major, a solution was found for the teams to be able to play for a shot at making it to the major and earn the Spring Tour DPC points that would help them qualify for The International 11.

Are you expecting Valve to take a decision on this matter?