Mineski and LGD prevail at DAC 2018; Liquid and VG fall to the lower bracket 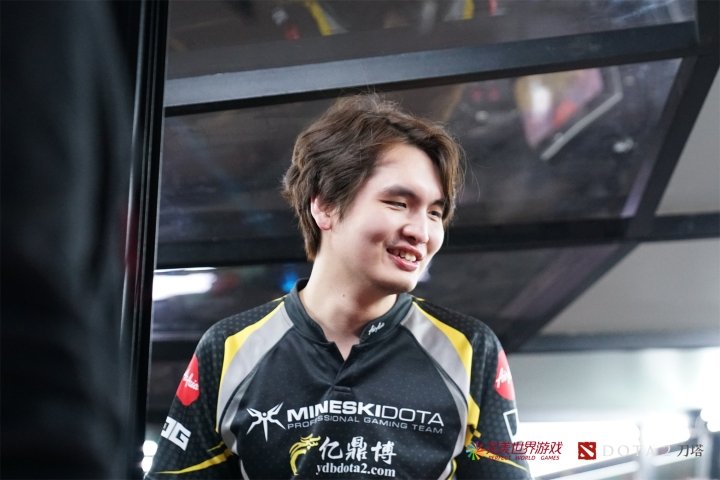 The SEA team secured a top 4 finish at a DPC LAN for the first time in two months while the last Chinese representatives in the Upper Bracket advanced by defeating the TI7 Champions.

It was a good day for LGD Gaming, as the only survivor of the region in the upper bracket wreaked havoc on the favorites of the tournament. Mineski, on the other hand, has already moved into the top 8 of the DPC rankings, however, this may change in the following days. The Round 2 matches of the upper bracket were a clear indication that the competition is getting closer and the teams are getting hungrier and more resilient. Contrary to the first day which mostly saw clear 2-0 victories by most teams, both the series in the upper bracket today went to a game 3. In a strange, unpredictable turn of events, the top two teams in the DPC rankings are left to slog it out in the lower bracket.

Team Liquid clearly looked like the stronger team coming into this series, after defeating Virtus.pro in a decisive 2:0 in the first round. And it did seem they would achieve similar results today against LGD. With a signature IO on support Maroun "gh" Merhej and a Viper for carry Lasse "Matumbaman" Urpalainen which countered many of LGD's cores, Liquid made quick work of them in a short Game 1.

The Chinese squad, widely considered the best of the region at the moment, proved they would not go down easy and pushed the series into a rare Game 3. With the exception of Faceless Void and Witch Doctor which they picked a second time in Game 2, the team did not repeat a single hero in the series. While Team Liquid stuck to their preferred comfort picks and signature heroes, LGD Gaming gave us a top-tier display of their ability to adapt. In two games that were just as fast and one-sided as the first one, they sent another TI-winning team after Evil Geniuses to the lower bracket.

One of the two SEA teams at the tournament, Mineski have looked extremely strong right from the group stages. Finishing second place in Group B in contrast to Vici Gaming, who barely advanced to the main event after a single tiebreaker, they were the clear favorites to take the series. However, to everyone's surprise, fans got the longest and most back-and-forth games of the tournament in the last series of the day. Mineski took Game 1, although it was anything but easy. With a networth deficit for half the game, they had to struggle hard and turn it around by sustaining and kiting all the damage coming out of VG.

Trusting Chai "Mushi" Yee Fung's Gyrocopter a second time, Mineski entered Game 2 with no clue that it would turn out to be an unprecedented 66-minute nail-biter. As is expected of such long games with the rocket man on a team, a Divine Rapier purchase on the hero made things even tenser. It all fell apart as VG managed to steal it with a game-winning Chronosphere in the deciding teamfight. Both teams entered Game 3 desperate for the victory, but Mineski were clearly ahead for a major part of it and secured the win with multiple teamfights around the Roshan area.

It remains to be seen whether any Chinese team will be able to advance to the Grand Finals of the tournament. LGD Gaming will have to go through Mineski, who has looked extremely strong, while Vici Gaming will have to survive through the lower bracket against the top 2 finishers of last year's International.

The event continues today with the Solo 1v1 tournament between Zhang "Paparazi" Chengjun, defending champion of the DAC 2017 Solo Tournament, and 7 other top voted players.

The lower brackets will kick off tomorrow at 10:00 local time/04:00 CEST with the elimination series between Virtus.pro and Vici Gaming. This will be followed by the upper bracket finals between LGD Gaming and Mineski at 13:00 local time/07:00 CEST.

Who will win the Upper Bracket Finals and advance to the Grand Finals of the tournament?