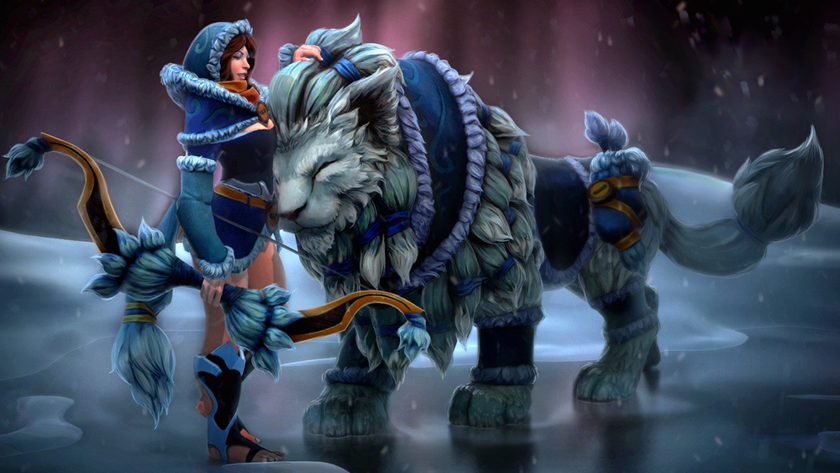 Towards the tail end of the meta that developed around Dota 2 patch 7.30, we take a look at the top 5 position four support heroes in pubs right now.

In our exploration of the strong pub heroes of the current Dota 2 meta, we come to the last position to investigate, which is position four support. Here, we take a look at the five best position five supports from the past month of high tier pubs (Divine and Immortal brackets) played on Dota 2 patch 7.30e. When it comes to position four supports, there are more than a few heroes that have made a mark in both support positions, so there are some overlaps with the top 5 hard supports from Dota 2 patch 7.30e. The difference between the two in most cases will be farm priority and itemization.

There isn’t a clear date in sight for the release of patch 7.31, and from what the past has shown, the first DPC season might be played on patch 7.30e (or the next balance patches), which means there is still some time to take a look at which position four supports are the top performers in the current meta. The heroes have been picked as the best performing ones from the Divine and Immortal brackets. This data is as per Dotabuff and has been analyzed for the past month, so it contains data from patch 7.30e (released on the 28th of October). The choice of heroes has been made from a combination of high pick rate and high win rate heroes.

Weaver was the surprise position four hero that made it big at TI10, that too without any buffs that pushed the hero in that direction. Patch 7.30 is a major flex patch with many heroes being played in multiple locations, and that served perfectly for Weaver, who’s more often than not been played as a carry. But the ability to be disruptive in lane, reduce armor and keep waves pushed out from a range with The Swarm and the ability to save heroes with Time Lapse after he gets an Aghanim’s Scepter makes him a strong position 4 support.

There’s another reason Weaver makes a great support in pubs – everyone wants to play core! So you can start off as a support and eventually transition to a core, blaming the cores for being inept (please do not actually do this in ranked and ruin the game for others).

Weaver’s Scepter upgrade did receive a nerf after TI10 in Dota 2 patch 7.30e, but that hasn’t stopped players from picking him up in the top tier of pubs and have an above-average win rate.

IceFrog and Valve have tried to push Mirana back to a core position in the last few patches, especially with her Aghanim’s Shard upgrade, but as it turns out, the players at the top of the rank pyramid (and in professional teams) prefer the Priestess of the Moon in a position four role as compared to a core role. First off, Sacred Arrow is a great tool to one-shot the range creep in the first few waves and put pressure on the opposition carry. It used to be a lot better earlier when players got to level 2 earlier, so that Mirana and her ally got level 2 before and had the level advantage. But even though that isn’t the case anymore, the tactic can still be used effectively, depending on the other heroes in the lane.

The ability to kill a neutral creep in the blink of an eye also helps in having control over the pulling game in lane, and Starstrom and Leap are great tools to show up, push out a lane, and go back in the shadows. Sacre Arrow and Starstrom help her farm faster than most other position four heroes and get items like Eul’s Scepter of Divinity and Guardian Greaves faster than the average support time. Two new tools Mirana has are through her talents – the -2 second Sacred Arrow cooldown at level 10, and the 20% Evasion during Moonlight Shadow at level 15. It will take something drastic to make players see her in a core light and forget about her as a support.

Io was one of the top 5 hard supports as well. It is one of the heroes that can be played in a position 4 or position 5 role. Io’s support credentials were buffed before TI10, which ended up making it one of the most contested heroes at TI10 (88.50% contest rate), although its win rate wasn’t too high (38.33% win rate). That doesn’t stop the Wisp from being a strong hero in pubs, though. The meta is a strong meta for healing supports, and there are few better at it than Io. Holy Locket has been a popular item for supports, and Io is one of the best candidates for the item. The meta also has position 5 supports continuously spamming Healing Salves on position 1 heroes in lane, and Io makes the most efficient use of all healing consumables, affecting itself and the carry. The hero has been nerfed in Dota 2 patch 7.30e, but not enough to dissuade players from picking it.

Nyx Assassin has only seen nerfs hurled at him in the last few patches but still continues to be a popular hero. His Aghanim’s Scepter and Aghanim’s Shard upgrades are some of the best ones position four heroes can get, and with some farm priority and good pickoff potential, are gettable items. A major factor for picking Nyx is the other heroes who are making waves in the meta. Nyx, thanks to his Mana Burn, is excellent against intelligence heroes. As it so happens, four of the five best mid heroes this meta are intelligence heroes, which makes an additional case for Nyx to be picked.

Treant, like Io, is one of the heroes that can be played in both support roles. He is another healing support who makes good use of Holy Locket. Living Armor is a heal of 180 every 14 seconds, which can be increased to 216 with the level 10 talent (which has a 60.3% pick rate, according to Dotabuff), and can be further increased to 281 with Holy Locket. So it’s essentially 75% of a Healing Salve, which can be used every 14 seconds on allied units and buildings, and can be globally cast! Io has been nerfed in patch 7.30e, but even with those nerfs, continues to be a successful hero in pubs. Treant has two other Living Armor talents at levels 20 and 25, which can make the skill extremely strong. According to Dotabuff, of the most popular skill builds for Treant, the one with the highest win rate maxes out Living Armor first.

A position 4 Treant also gets his hands on a Meteor Hammer in good time (only two heroes that currently make good use of the item are Treant Protector and Outworld Destroyer), which further accelerates his farm with the ability to push out creep waves and take towers when the enemy team is dealing with issues on the other side of the map. Getting an Aghanim’s Scepter at a decent time and basically activating map hack with the Eyes In The Forest is something only a position 4 Treant can dream of.

Does Dota 2 patch 7.30 still seem exciting or is it time to get a new patch with new heroes?

7.30 doesn't seem too bad
Thank you for voting!
Let's jump to patch 7.31 please
Thank you for voting!
Siddharth “Gopya” Gopujkar
A Mechanical Engineer who is as interested in the mechanics of DotA 2 as every machine he studies. Pursuing his Master's at the Michigan Technological University.
Share Tweet
59 people reacted to this post