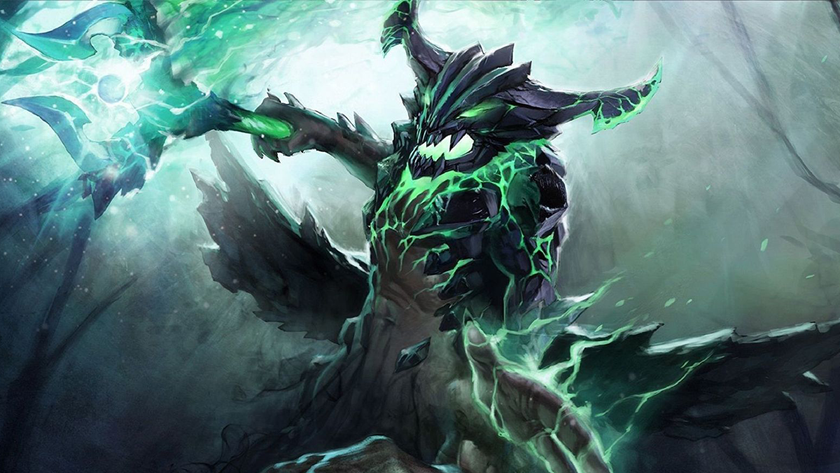 Towards a tail end of the meta that developed around Dota 2 patch 7.30, we take a look at the five best mid heroes in pubs right now.

Dota 2 patch 7.30 has been a versatile patch for Dota 2, on which TI10 saw a total of 113 heroes picked (out of 121). The meta that has developed around it has brought us some enthralling games, and the day isn’t too far away when the curtains are drawn on the patch and it is retired in the archives.

But there isn’t a clear date in sight for the release of patch 7.31, which means there is still some time to take a look at what heroes are the top performers in the mid lane in the current meta. The heroes have been picked as the best performing ones from the Divine and Immortal brackets. This data is as per Dotabuff and has been analyzed for the past one month, so it contains data from a combination of patches 7.30d and 7.30e. The choice of heroes has been made from a combination of high pick rate and high win rate heroes.

Tinker is a hero who was missing from the professional scene for a long time before TI10. That got IceFrog to have sympathy on Boush and he was blessed with built in Boots of Travel. That has made Tinker a strong hero, not just in pubs, but in professional games as well. Even though March of Machines is now a Aghanim’s Shard ability, the new Laser (especially with the Aghanim’s Scepter) is quite effective in clearing out waves. Additionally, Defense Matrix serves as a useful tool in fights for Tinker himself as well as his teammates.

He played a crucial part in a number of games at TI10, which got him nerfed in Dota 2 patch 7.30e. But his pub win rate hasn’t taken a big hit with those nerfs, and Tinker continues to be a strong hero who can irritate the living hell out of opponents. There is just one thing stopping players in lower brackets from gaining MMR with Tinker – you need to know how to play the hero properly!

When Dota 2 patch 7.30 was released, Batrider got a lease of life in the mid lane because of the buffs. But the nerfs in patches 7.30c and 7.30d were enough to dissuade teams from using the hero extensively at TI10, with the hero featuring only 6 times, and losing 5 of those games. But there is a huge difference between professional games and top tier pub games, and Batrider’s stats are testimony to that. The hero has a win rate of nearly 56% in the Divine and Immortal brackets, and it is possibly because of the buff to Sticky Napalm in patch 7.30, which allows him to clear huge stacks with a lot of ease very early on in the game. Now granted, it isn’t as easy as it was at the start of patch 7.29, where the hero could clear quadruple ancient stacks before the 10 minute mark, something not too many heroes can boast about. But with that portion of his skill set nerfed, he has to stick to non-ancient neutrals, which can still be a pretty hefty bounty. Stacks did get slightly nerfed in patch 7.30c, but the meta still favors stacking and farming heaps of neutral creeps (not that that would be bad in any meta!). Once Batrider hits early game timings, he can be a handful to deal with, and is possibly one of the best tempo controlling mids in the game, making space for his carry to farm.

Templar Assassin shares one of the same strengths as Batrider – ability to decimate neutral camp stacks! TA though, is probably a tad bit better at it as the game progresses. She did get nerfed in the past few patches, but Lanaya has shown in the right lineup, she can still be a disastrous force. If TA has a good start to the game and gets a good timing on her Desolator and Blink, there is that sweet spot in the game where she can literally one or two shot enemy supports. Again, that has always been on TA’s resume. The variable factor is that this is a meta that favors stacking, and TA is at the top of the line to be taking advantage of that.

Outworld Destroyer’s Dota 2 has probably been the weirdest one for the past two years. But the hero is at a positive juncture with buffs in patch 7.30 and 7.30e. He was one of the eight unpicked heroes at TI10, but at least OD is doing well in pubs.

OD’s win rate and pick rate in pubs has shot up after the buffs he received in Dota 2 patch 7.30e. OD had one of the worst Aghanim’s Shard upgrade in the game, but his new Shard makes it worth the 1400 gold investment. The mana steal from enemies is good, but the best part about it is helping allies to walk to safety in the guise of Astral Imprisonment. The increased Essence Flux mana restore ensures there’s hardly any times when he runs out of mana, and he is able to keep dishing out huge chunks of damage through Arcane Orb (which now, by the way, affects Roshan as well). OD is one of those odd heroes that even though he isn’t doing too poorly in pubs is bound to get a massive buff because of being completely ignored at TI10. Nothing bad in learning a strong hero that is bound to get stronger, eh?!

Queen of Pain was buffed in Dota 2 patch 7.30, after which she has not had any minor changes in the five balance patches that followed. QoP has traditionally been a lane dominator (well, she is a dominatrix after all), but the 50% built in heal on Shadow Strike has made life in the mid lane even better for Akasha. She can sustain herself while harassing the opposition mid, forcing the enemy to spend more in consumables while reducing her need to do so. It also helps her easily farm the neutral camps near the mid lane, and by any and all means, come out of the mid lane significantly stronger than her counterpart.

QoP thrives from winning the lane, snowballing and rotating to help other lanes, and the new tools in her arsenal help her to do so. According to Dotabuff, the most popular build on QoP right now is maxing out Shadow Strike, which wasn’t the case in previous patches. It was always getting one or two points in Shadow Strike and then maxing out Scream of Pain, but that has changed with the buff to Shadow Strike.

Mid heroes aren’t typically picked early on in a game just based on how good a hero is, because in a 1v1, the matchup makes a huge difference. While the heroes mentioned above are good, it is always prudent to look at what heroes the enemy has and even better if you are aware of the mid matchup before picking your hero. As dominant as they can be, picking a Tinker into a Spectre or a Templar Assassin into a Viper is an easy way to lose MMR and get reported. So while you take note of these heroes, also be aware of the circumstances before finalizing your pick for a game.

Do you like the mid hero pool in the current meta?