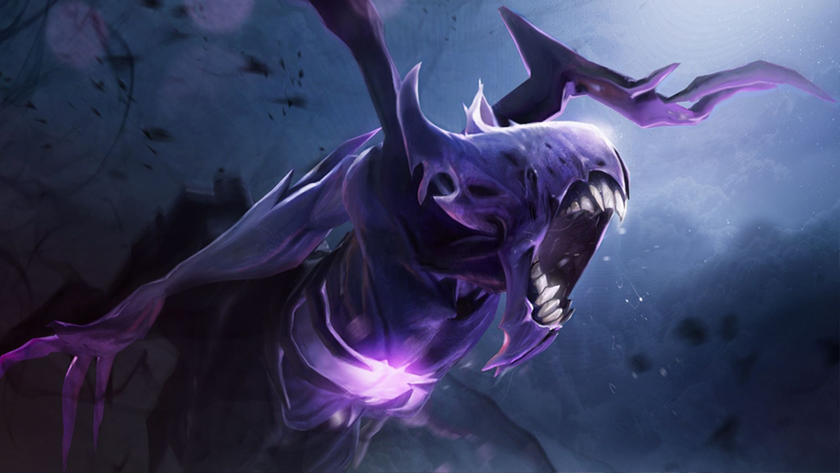 Towards the tail end of the meta that developed around Dota 2 patch 7.30, we take a look at the five best hard supports heroes in pubs right now.

In our exploration of the strong pub heroes of the current Dota 2 meta, our journey has brought us to hard supports. Here, we take a look at the five best position five supports from the past month of high tier pubs (Divine and Immortal brackets) played on Dota 2 patch 7.30e.

There isn’t a clear date in sight for the release of patch 7.31, and from what the past has shown, the first DPC season might be played on patch 7.30e (or the next balance patches), which means there is still some time to take a look at which hard supports are the top performers in the current meta. The heroes have been picked as the best performing ones from the Divine and Immortal brackets. This data is as per Dotabuff and has been analyzed for the past one month, so it contains data from patch 7.30e (released on the 28th of October). The choice of heroes has been made from a combination of high pick rate and high win rate heroes.

Bane had a mixed bag of buffs and nerfs before TI10, and a few nerfs after TI10. Seeing his success at TI10  (32 picks, 78.12% win rate), a few more nerfs were hurled at him. Bane is a hero that can harass the opposition in lane a lot with Brain Sap and Nightmare, both of which were buffed in the last few patches. Additionally, players have begun to see the benefits of building Aghanim’s Scepter on him, which reduced Fiend’s Grip cooldown to 45 seconds. Fiend’s Grip is one of the best single target lockdowns in the game, and having the cooldown reduced by more than 50% (from 100 seconds) is a massive arrow in the hero’s quiver. Bane is the highest-picked position 5 support in top tier pubs in the last month, with a pick rate of nearly 13%.

Like Bane, Ogre Magi’s lane harassment tools – Fireblast and Ignite – got a buff in Dota 2 patch 7.30, which has brought the hero to the fore. Ogre can keep the opposition heroes occupied while securing the lane for his carry, and as the game advances, he ends up being a Bloodlust machine. Ogre is a hero that does not need too much farm to be effective as a position 5, so even while spending a lot of gold on support items, he can save up for an Aghanim’s Shard, which was also buffed to ignore non-hero damage. So other than just being a Bloodlust machine, the new Ogre adds an additional layer of protection with Fire Shield. And with Multicast, the Fire Shield ends up being applied to multiple allies in a team fight (higher benefit if there aren’t any allied creeps around).

Io’s support credentials were buffed before TI10, which ended up making him one of the most contested heroes at TI10 (88.50% contest rate), although its win rate wasn’t too high (38.33% win rate). That doesn’t stop him from being a strong hero in pubs, though. The meta is a strong meta for healing supports, and there are few better at it than Io. Holy Locket has been a popular item for supports, and Io is one of the best candidates for the item. The meta also has position 5 supports continuously spamming Healing Salves on position 1 heroes in lane, and Io makes the most efficient use of all healing consumables, affecting itself and the carry.

Treant Protector is another healing support who makes good use of Holy Locket. Living Armor is a heal of 180 every 14 seconds, which can be increased to 216 with the level 10 talent (which has a 60.3% pick rate, according to Dotabuff), and can be further increased to 281 with Holy Locket. So it’s essentially 75% of a Healing Salve, which can be used every 14 seconds on allied units and buildings, and can be globally cast! Io has been nerfed in patch 7.30e, but even with those nerfs, continues to be a successful hero in pubs. Treant has two other Living Armor talents at levels 20 and 25, which can make the skill extremely strong. According to Dotabuff, of the most popular skill builds for Treant, the one with the highest win rate maxes out Living Armor first.

Jakiro isn’t the typical safe lane support, but buffs to Liquid Fire and Dual Breath have made him one. In a lane where the carry plans on being aggressive, the Twin Head Dragon can shine with his early game damage potential. He is a hero that thrives with good positioning, and doesn’t require too many items, which works in favor of position 5 supports, who spend a lot of gold on support items. Jakiro also has two tower taking weapons in his arsenal with Liquid Fire and Liquid Frost (the Aghanim’s Shard ability). With the +325 attack range talent which he gets at level 10 (62.5% pick rate according to Dotabuff), which enables him to stay afar and keep chipping away at towers or barracks, again, without the need to have any specific items other than the Shard.

Is the hard support role in a good place in this meta?