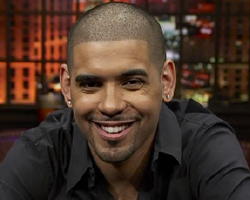 David Williams is a professional poker player who has also excelled playing Magic: The Gathering. His original poker success was finishing second at the 2004 World Series of Poker main event to Greg Raymer and collecting $3.5 million in the process. Four months later, he finished second at the WPT Borgata Open for $573k. Williams won his sole WSOP bracelet at the 2006 WSOP in a $1,500 Seven-card stud event, finishing second in a No-limit 2-7 Draw Lowball event soon after. He also made another WPT final tables in 2006, before winning the WPT World Championship in 2010 winning over $1.5 million. Williams has over $7.9 million in live tournament winnings. He is a Team PokerStars sponsored pro. Williams was born June 9, 1980 in Dallas, Texas and currently resides in Las Vegas, Nevada.

David Williams has a style and flair all his own. He is known to enjoy both the ladies and nightlife in Las Vegas while pursuing his poker career.

Williams video of a cash game hand against Dan Harrington, and a two part interview: