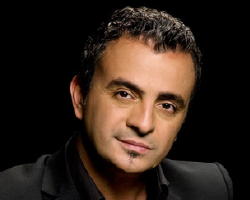 Joe Hachem will be forever known as the first Australian to win the World Series of Poker main event in 2005 for $7.5 million. He has since become a respected Team PokerStars pro. In 2006, he won a World Poker Tour title at the Bellagio Five Diamonds Poker Classic for $2.2 million. He also placed second and fourth in $2,500 WSOP events. He has live tournament winnings that exceed $10.85 million, which puts him as the fifth highest ranked player ever. Hachem was born in Lebanon on March 11, 1966 and now resides in Melbourne, Australia.

Hachem wants to show the world that you don't have to be a young gun or a degenerate to be successful in poker. He is a responsible father and husband who balance poker and his other interests. He credits patience, good judgment and memory, and gut instinct that helps you to read opponents as being keys to success.