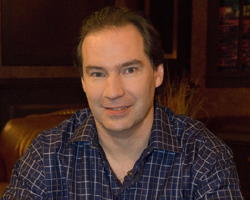 Ted Forrest has taken his own path to tremendous poker success. He won three WSOP bracelets in 1993. Forrest then turned away from tournament poker in the mid 1990's to focus on cash games. He returned triumphantly to tournament poker by winning two more WSOP bracelets in 2004. He then turned his focus from seven card stud to hold'em reaching five final tables on the World Poker Tour and winning a championship on the Professional Poker Tour. Forrest won the 2006 National Heads-Up Poker championship and its $500k first prize. In 2007, Forrest won the WPT - Bay 101 for $1.1 million. His live tournament winnings exceed $5.7 milllion, with 22 WSOP cashes. Forrest was born September 24, 1964 in Syracuse, New York and currently resides in Las Vegas, Nevada.

Ted Forrest has always enjoyed a good gamble. He is known for enjoying prop bets of all types, including weight gain and loss, extreme distance running, weight lifting and whether he could do a standing back flip during a WSOP event. His most famous prop bet was when he won $2 million dollar from Mike Matusow for losing 50 lbs in a few months, dropping from 188 to 138. He starved himself the last 10 days, but made it. Matusow has insisted he will only pay it off at $5k a month. Regardless, when Forrest puts his mind to something, he is a force with which to be reckoned.

Forrest interview after winning the Bay 101 and a feature on his Matusow weight loss bet: