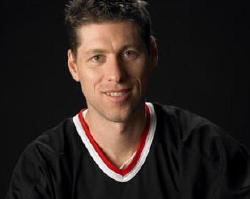 Huck Seed is best known for winning the 1996 World Series of Poker. He has historically shunned much media spotlight and been pretty reclusive but he has had other impressive wins. Seed finished in sixth place in the 1999 WSOP Main Event and 73rd in the 2007 WSOP Main Event to go with 39 total WSOP cashes. Seed won the 2009 NBC Heads-Up Poker Championship and the 2010 WSOP Tournament of Champions freeroll, both for $500k. He has four WSOP bracelets and over $5.8 million in live tournament winnings. Seed is a Full Tilt Poker pro team member. Seed was born January 15th, 1969 in Santa Clara, California and currently resides in Las Vegas, Nevada.

Seed considers himself "the iceman" because he always rises to the occasion.

"The bigger the money, the more pressure, that's when I can focus the best and be more calm and relaxed. That's a good way to be in poker; the more pressure there is, the more you relax."
Seed interview after winning the Tournament of Champions and some play from Poker After Dark: