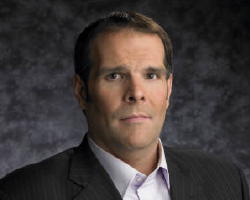 Howard Lederer is an established and influential member of the poker community. He has won two WSOP bracelets along with 43 WSOP cashes. He has two WPT titles, won the 2008 Aussie Millions $100k buy-in Challenge for AUD $1.25 million, the 2003 Party Poker Million and Bellagio's World Poker Classic. He has live tournament winnings that exceed $5.9 million. Lederer is one of the founders, owners and CEO's of Tiltware Inc. which owns Full Tilt Poker. Lederer was born October 30th, 1964 in Concord, New Hampshire and currently resides in Las Vegas, Nevada.

Howard "The Professor" Lederer continues to be a very influential player, in the poker world from his position as CEO of Full Tilt.

One Lederer interview after a win and one explaining: