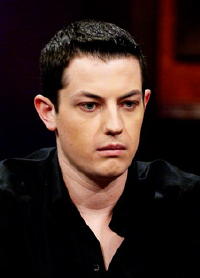 No poker player in the world has made a bigger name for himself in the last couple years than Tom Dwan. Although he was already an established big winning online high stakes pro playing as "durrrr", he has brought his notoriety to new heights since joining Team Full Tilt and emphasizing live and televised play more. He absolutely dominated the last couple seasons of High Stakes Poker, showing his game is a match for any player in the world.

Dwan has a history of being an action player, having massive swings to his bankroll. He always seems to battle back and come out on top in the end. He currently has two Durrrr heads up challenges going on with Patrik Antonius and Dan "Jungleman12" Cates. Although he doesn't play or take live tournaments as seriously, Dwan has over $1.5 million in live tournament winnings. His best finish so far at the WSOP is a second in the 2010 $1,500 No Limit Hold'em event where he won $381k. Dwan also finished four in a WPT event at Foxwoods for $324k. Dwan was born July 30, 1986 and raised in Edison, New Jersey.

Those who watch Dwan play can only marvel at his audacity and cunning. He is able to read and outmaneuver the worlds best players. He plays the player, rather than the cards. He seems immune to the debilitating affects of huge swings to his bankroll, having recovered from a $7 million dollar downswings in 2009. He plays for money, pure and simple.
When asked what style of play he employs, Dwan said "I look at every hand and play it the way I'll make the most money."

If bluffing is the game, Dwan is the true master: