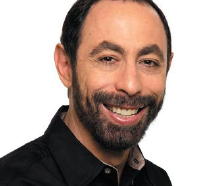 Barry Greenstein is an infamous professional poker player nicknamed "the Robin Hood of poker," because he donates his net tournament winnings to charity, primarily Children, Incorporated. Greenstein is primarily a cash game player, but has focused more attention on his tournament game in recent years to bring resources and attention to the charity world. Greenstein has won three WSOP bracelets with 46 in the money finishes. He has two WPT titles and has live tournament winnings of over $7 million. He penned the influential book Ace on the River about life in poker. He is a respected and active PokerStars Team pro who plays online as "barryg1." He was born December 30, 1954 in Chicago, Illinois and calls Rancho Palos Verdes, California home.

Barry "Robin Hood" Greenstein has always been a forthright and giving individual. He prioritizes family and responsibility. He has been one of the best high stakes cash game players for years. His charitable efforts have brought positive attention to the poker world and inspired many other poker players.