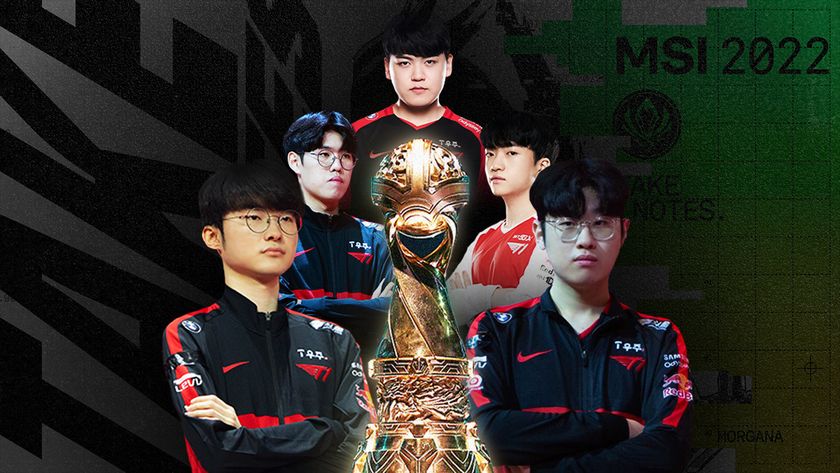 Can T1 and the LCK reclaim the Mid-Season Invitational 2022 on home turf this year?

The LCK has home ground advantage when the Mid-Season Invitational 2022 starts in a few weeks.

The Mid-Season Invitational 2022 starts in a couple of days as many of the qualified teams will now be preparing for Riot Games' second biggest tournament of the season. With the group stages already sorted, we're just counting down the days to the start of MSI 2022, which goes from May 10 - 29. Taking place in the Busan Exhibition & Convention Centre in South Korea, LCK Spring Split champions T1 will have home ground support heading into the international LAN, hoping to take home a trophy that has eluded them over the last five years.

Since the introduction of MSI in 2015, the LCK has only won it twice on back-to-back occasions when T1 was formerly known as SK Telekom T1. This was during the 2016 and 2017 editions of MSI, which coincided with the team's international tournament dominance by attending three world championship finals and winning two around that time frame. However, their last appearance at MSI was back in 2019 when they got sent packing in the semifinals against G2 Esports.

And with the 2020 edition cancelled due to Covid-19, T1 also missed out on last year's MSI as DWG.KIA was the then top team in the LCK. But with the throne already up for grabs, T1 has it firmly grasped in their hands once again, ready to show the rest of the world what they are capable of. As it stands, they are one of the favourites to take the title for the third time.

Taking into account that MSI will be played in front of a live audience, T1 will firmly have the crowd's support due to being the home ground favourites. More often than not, a team's fans are the sixth man of the team, willing them on when things seem lost. T1 should look to use that to their advantage from the get-go, given how their grouping looks like. Going up against the likes of Detonation FocusMe, Team Aze, and Saigon Buffalo, the LCK Spring champions look to breeze through to the Rumble stage leaving the rest to contend for the second seed.

Their real challenge comes then when they will go up against the likes of Royal Never Give Up, PSG Talon, Evil Geniuses, and G2 Esports, the last of which the LCK kings will be familiar with. T1's feud with G2 has a long and colourful history with T1 hoping to exact revenge for their semifinal exit back in 2019. G2 are also open to the challenge, calling out T1 during their LEC Spring Split grand final victory celebration.

Besides looking over their shoulder for G2, it's also RNG that T1 will have to worry about. RNG was the only team to stop last year's LCK heavyweights, DWG.KIA is in the grand finals of MSI 2021 so you can expect the reigning champions to come into the tournament with a game plan. It also helps that RNG will be playing remotely and not in South Korea due to the current pandemic in China. This could prove to be a deciding factor for the LPL squad as they will feel zero pressure from a live audience, all of whom are there to root for the home team.

As we countdown the hours to when MSI starts, it's safe to assume that out of the top four teams that will be playing in the knockout stage, you can bet your top dollar that two of the four teams will be both T1 and RNG. The other two would be anyone's guess, but given their history in the tournament, both G2 and PSG stand a good chance of making it through. However, you can't count out the likes of DFM, who have been on a good run when it comes to international LANs.

And there is no better way to kickstart MSI 2022 than with the home ground heroes themselves. T1 will be facing off against Saigon Buffalo in the first match of the tournament on Thursday, May 10 at 4.00 pm UTC +8.

Can T1 win MSI after a five-year wait?