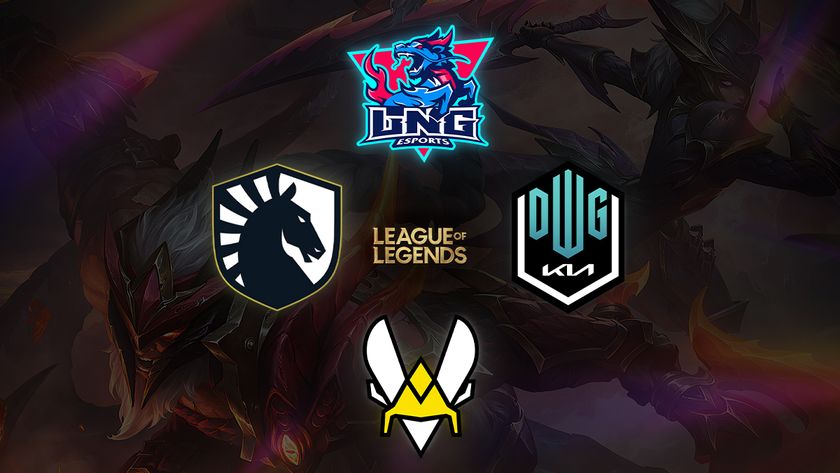 The roster shuffle left us with plenty of interesting lineups heading into the 2022 season.

With Worlds 2021 ending in early November, there's been little to no action on the Summoner's Rift as the transfer season gets underway. Over the past month or so, we've seen plenty of roster changes happening across the world, but which team benefitted the most from it? There have been some major headlines during this transfer season with almost all of the top teams making major changes to their lineup.

Of course, the only team to have yet to make a change is EDward Gaming, who won Worlds 2021 after a resounding comeback against DWG.KIA. Speaking of DWG, they also went through their internal roster shuffle after an underwhelming season. That's not all though; some of the biggest teams in the LCS, as well as the LEC, had to go through their roster shuffles. The likes of Cloud9, G2 Esports, and Team Liquid all have brand new rosters heading into the 2022 season.

As we edge closer and closer to the new season, here are all the teams that you should look out for in the game's biggest regions. We'll be starting the list with the LPL seeing as the Summoner's Cup has now made its way back there.

LNG Esports has had a hell of a year, which only saw the team rise in prominence in what is already seen as a heavily stacked region. The LPL takes no prisoners when it comes to the competitive nature of China and LNG have stepped up to the plate. After a disastrous start to the season, the team managed to make their way to Worlds 2021 after a fourth-place finish in the summer split followed by a second-place finish in the regional finals.

In Iceland, LNG started in the first round of the play-in stage where they finished top of their group without dropping a game. Moving on to the main group stge, LNaG ended up in the most balanced group of all, which resulted in a four-way tie that led to three tiebreakers. Unfortunately, it wasn't LNG's moment to shine as they lost their match.

Heading into the 2022 season, LNG has reinvested in the squad, bringing in the likes of TaeSang "Doinb" Kim into the fold. Being a former world champion, Doinb has what it takes to lead a young squad to the promised land once more.

While DWG.KIA did not have the best of times this year, you can bet your bottom dollar that they will be back next year. The team that was everyone's favourite heading into this season, DWG did not disappoint regionally. They won both the spring and summer splits decisively, proving that they were the best team in the LCK. However, they could not replicate those performances on the international stage.

A grand finals loss to two separate LPL teams in the form of RNG and EDG showed that DWG were still a little bit behind. However, both games ended up going to all five matches with DWG losing the deciding fifth game twice now. That would not be a great morale booster heading into the new season. To counter this, DWG brought in some much-needed new blood for the upcoming season.

With three of their original members' contracts already expired and another heading off for military service, DWG took their time to announce their new roster but did so in style. They brought back both Kim "Canyon" Geon-bu and Heo "ShowMaker" Su while also introducing three new players into the fold. It will be a long road ahead for the LCK's shining star as they hope to bring South Korea back on the map once more.

Probably a bit of a wild card but Team Vitality has what it takes to be a top team in the LEC next year. The French-based organisation has not had the best of runs in the LEC, only making it to the World Championship on one occasion in 2018 after a fourth- and third-place finish in the splits that year. The team's form has gradually dipped since with disappointing performances over the years. They ended this year's spring split in last place but had a slightly improved performance in the summer with a sixth-place finish.

It was clear a change was needed and the upper management decided to bring in some fresh faces. Vitality raided both the LCS and the LEC for some top-tier talent and they found just that in the form of Luka "Perkz" Perković and Matyáš "Carzzy" Orság. Both players were instrumental in their respective team's runs at Worlds 2021 and they will be hoping to bring some much-needed international experience into the team.

While it remains to be seen who will be the top dog in the LEC next season, Vitality certainly has the capabilities to challenge for the titles. Of course, there will also be the added pressure that comes with such a big rebuild of the team.

The LCS Spring Split 2022 is starting in under two months and things are already looking good with all the teams confirming their lineups ahead of schedule. With many roster changes across the board, it could be anyone's season next year. But out of them all, it looks like Team Liquid could very well have an edge over the competition.

Liquid had a great 2021 season, winning the LCS Lock-In as well as coming in second for both the spring and summer split. Many were predicting Liquid to go far at Worlds 2021 but they ended up in the same group as LNG. As both teams lost their tiebreakers, it was a bitter end to their tournament run. However, with their new lineup, Liquid does have a shot at making it to Worlds again next year.

With three members leaving the squad, Liquid raided the LEC and came away with Rogue's ADC Steven "Hans sama" Liv as well as Fnatic's top laner, Gabriël "Bwipo" Rau. They also managed to snag Søren "Bjergsen" Bjerg from TSM. All eyes will be on the Danish mid laner as he was part of the same TSM team that dominated the LCS for many years. Hans sama is another import that many will be looking out for as his performances with Rogue at Worlds 2021 caught plenty of attention.

As it stands, only the LEC and the LCS are scheduled to happen in the first few months of 2022. The LEC is slated to start on 14 January while the LCS is expected to begin on 5 February. Both regions already have 10 confirmed teams with finalised rosters locked in. As for the LPL and the LCK, they are still in the midst of the transfer season with no update on when it's expected to start.

The LEC will feature 10 teams in a double round-robin bracket with each team playing a total of 18 games in a best-of-one series. The spring split is expected to go on until 10 April, which is the expected date of the grand finals, bar any changes.

As for the LCS, it will also be a double round-robin bracket with each team playing 18 games apiece in a best-of-one series. First to sixth place will make their way into the Mid-Season Showdown playoff bracket. Teams that finish from first to fourth respectively will qualify to the semifinals while those who finish fifth and sixth will end up in the first round of the lower bracket where they will await the losers of the semifinal matches.

The playoff bracket will be a double-elimination, best-of-five series with the winner qualifying to the Mid-Season Invitational 2022. This will also be the same for the LEC.

Are you excited for the new season?