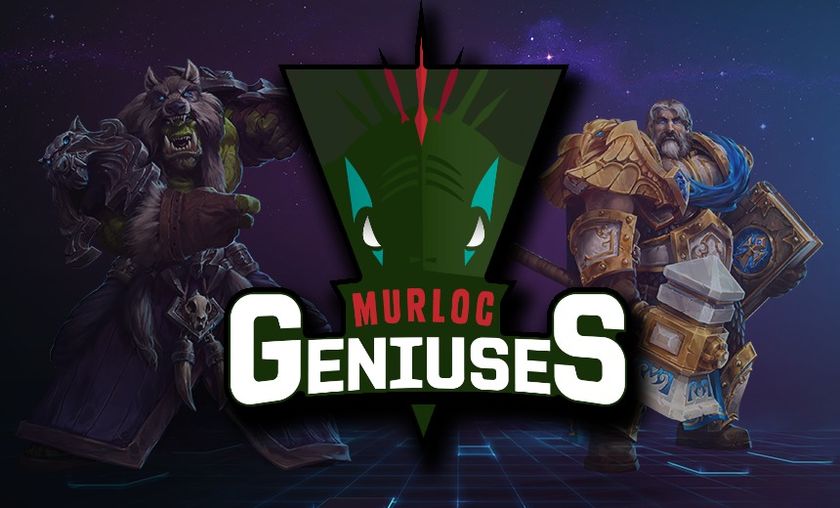 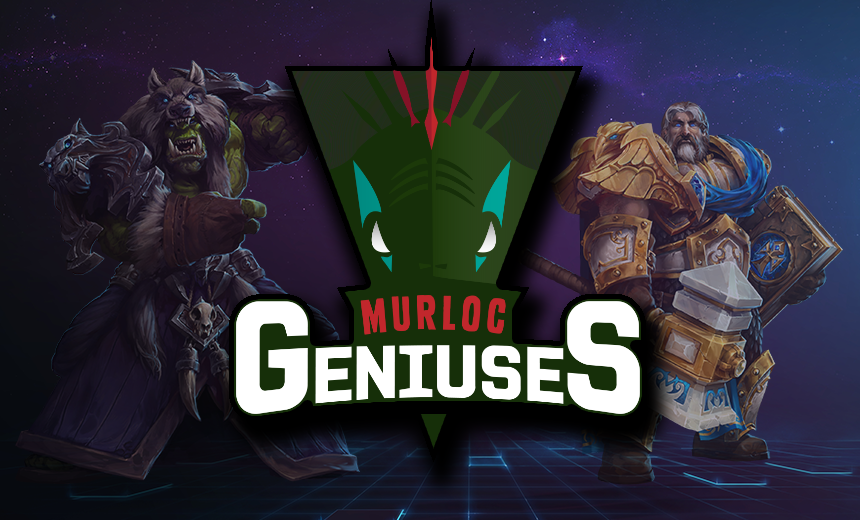 One of the new faces on the revived Murloc Geniuses roster is their healer, Jun. Like many other players trying to go pro, he's bounced around teams for some time now, looking for the team with the perfect synergy.  He's gotten lucky, scoring a spot with the Murlocs and qualifying for the Burbank regional after the second qualifier.

As a Korean native, Jun has a unique perspective on esports in general, with a family that loved watching StarCraft, but somewhat discourages attempts at professional play. We talked to him the day before boarding a plane to Burbank about traveling to his first LAN, growing up in Korea and his thoughts on the current status of supports in Heroes.
You can listen to the full interview below as well.

Today I’m chatting with Jun, who is the healer for the new Murloc Geniuses roster. Thanks so much for joining me today Jun!
Hello! Good to do my first interview ever!

First of all, congratulations on qualifying for the Burbank Regional especially with the new Murloc Geniuses team. Give us a little introduction of yourself to people that might be unfamiliar with you.
I started HotS around last year. I kind of started because I really liked Blizzard games such as Starcraft which I’ve been playing since I was in elementary school when I was in Korea. I've played a lot Diablo 2. I thought I would give it (Heroes) a try since there's a lot of characters from those games, and I could play them like individual heroes.

I first started competitively with a player named TigerJK. He was making a team so I said ‘why not give it a try’. I played with him for a bit. Then after a while I joined a team named eLevate with nessper and them. After eLevate I joined another ameatur team with nightmare. During that time Artemis was managing for Murlocs and our team.

It didn't go so well so I was thinking about different options for teams. Artemis asked me to try for the Murlocs since they were starting the team again. I said yeah why not they're all great players, it would be great experience at least even if I didn't make the try out. It ended up pretty well.

Have you ever played those guys before?
No that was the first time ever.

How do you like the team synergy since you haven’t played with them until now?
Honestly I was really surprised that I didn't have any issues both in game and personality.

Honestly I was really surprised that I didn't have any issues both in game and personality.

I felt like we fit really well from the start. But there was the shaky time when Equinox kind of left for personal reasons and we had to bring on cattlepillar who is also a really great player. It was one or two days before the first qualifier started and during that time we were really shaky and I'm sure people could see it in our game versus Crescendo.

So you said you’re from Korea, how long have you lived in the states?
Around 10 years now I think.

What brought you and your family here?
My parents' jobs, they gave us the opportunity to move to the states.

Before you moved to the states did you have any interest in esports?
Yeah my dad actually was a really big fan of StarCraft: Brood War. Since I was in elementary school we would watch the games together of the StarCraft leagues and just talk about it.

Since I was in elementary school we would watch the games together of the StarCraft leagues and just talk about it.

I've been following esports for a long time but my parents were kind of negative. It’s kind of ironic because they love watching it. But they were pretty negative about gaming in general. I was kind of surprised that my parents let me play games.

Are they uncomfortable with you playing?
Yeah they want me to study all the time. Like all Asian parents want their kids to be like doctors you know, like classic Asian parents.
They were a lot better than before. They are at least giving me a chance to work around on esports and see how it goes.

How do you feel the difference is between Korean Heroes and NA Heroes?
I've been thinking about this a lot. First of all, in Korea all the players live very close to each other and it’s very easy for them to come together as five and practice a lot and build their synergy.

Korea has really constructed their scene, it’s really structured. Everyone has a coach. It’s more professional, from my point of view.

Also I believe it’s a cultural thing. Korean players don’t really have a lot of personality issues. Like when someone comments or tells them criticism they never take it badly they just try to be the best players they can. Korea has really constructed their scene, it’s really structured. Everyone has a coach. It’s more professional, from my point of view. It’s been there for so long. NA is just kind of going up there. That’s one of the reasons they're so successful

Do you think North America could get to that point?
Yeah I mean I believe regardless of who it is everyone can get better and everyone can improve. So if one really tried to become like that it's very possible to do it.

At what point during the qualifier did you realize you guys would be going to Burbank?
I think it was right after the last game. It’s funny because everyone else is really experienced in LANs. I was the only one that was very excited. I was like “oh my God we made it, oh my God we’re winning” and everyone else is like “oh okay”. But I was very excited because it was my first LAN.

Since they all have LAN experience have they given you any advice?
I heard there’s something called ‘first LAN jitters’ when people choke the first time they play at a LAN. They told me just don't think about it too much, just focus the game. Just ‘you do you’ kind of stuff

So you’re the healer for the team and support is a class that is lacking in the game right now, what do you think about the current healers available right now?
Right now for sure Rehgar and Uther (are the strongest supports in the game). Reason being there are two metas; it's either stall and take a long fight or kill instantly and stumble the fight. When the other team wants to draw out the fight, Rehgar is the best sustain healer because he  also has a great burst heal. He also has great mobility and wave clear.

Uther has pretty good sustain with his recent changes and he also has great burst. He also enables melee assassins with Divine Shield to go into their team and disrupt the team. I used to like monk (Kharazim) a lot I thought he was up there with Rehgar and Uther but I don't think he’s as good. His heal has to be melee range which really tends to be in their face to be able to heal which the other team can punish.

So a while ago Merryday did an interview and said he feels like supports in this game are just healbots, do you agree?
Yeah I agree with that because their main role as a support is to give heals to your team.

I think of the support role as basically an item, they are basically health bots and sometimes give utilities on the team.

I also think of it this way: Heroes is a MOBA that doesn’t have items. I think of the support role as basically an item, they are basically health bots and sometimes give utilities on the team. I really wish there were more supports that have more utilities. I’m really looking forward to the new healer. She looks like she's going to have a lot utility,

Are you excited for her? This is the first support hero we’ve gotten in awhile.
Yeah I’m really excited, I’ve been playing Uther and Rehgar for like 1000 games.

Do you think she’ll really make a huge change to the role of support?
I didn’t really get a chance to look at all her talents. I can't say she's going to have an impact on how supports are played but she'll be really different than the current healers. I see her as kind of half support if you compare to Uther or Rehgar but we’ll see.

Shoutouts? Final Thoughts?
Shoutouts to my team for picking me up and giving me a chance even though I'm an unknown. Nightmare and Diahuu, they've been really great friends giving me confidence. Telling me I’m a good player. Thanks to TigerJK although other people will say he’s a salt lord, he’s kind of the reason that I really work hard. He’s very strict, whenever he sees a mistake he’s like “Why’d you do this, you need to do this better” which to other players it gets very annoying.

I'm the type of person that tries to learn from everything so I took that as advice and tried to fix everything.

Thanks so much for taking the time today safe travels and good luck this weekend!
Thank you for the opportunity!

Are you excited to see the new Murloc Geniuses roster at Burbank?