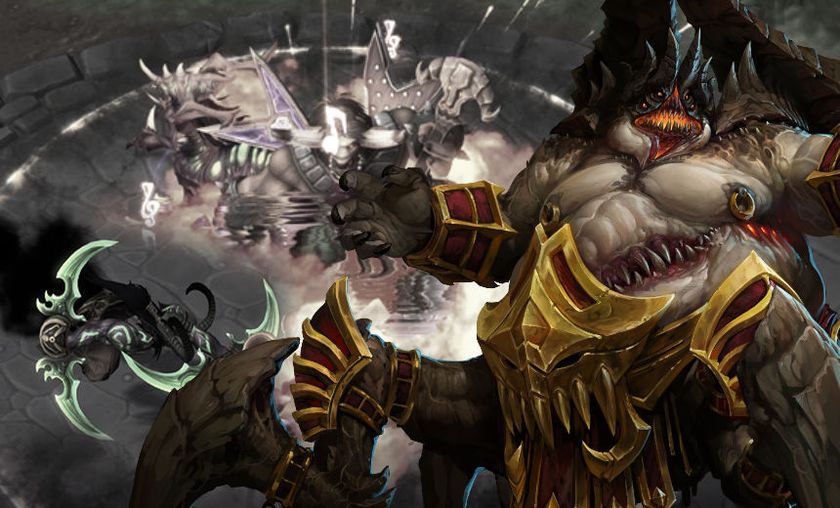 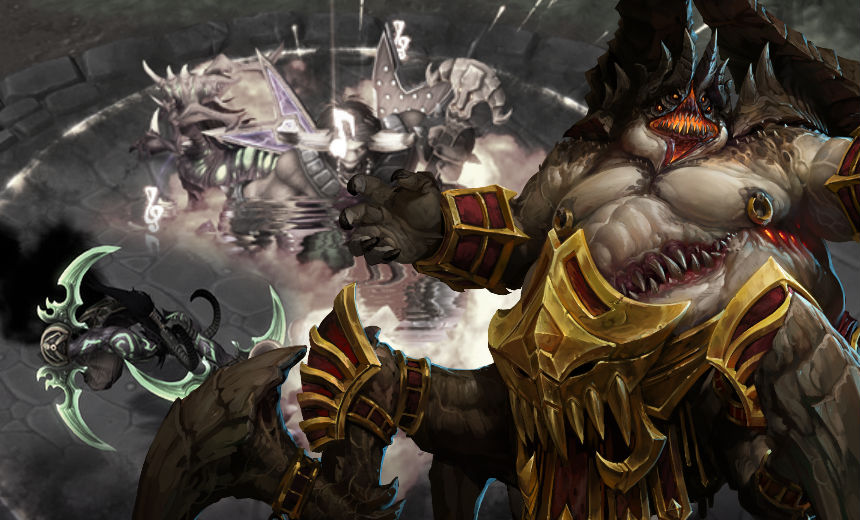 Aside from all of the individual changes to heroes, what concerns this list is the buff to Regeneration Globes and minion damage against structures:

All of these changes together result in the follow new Heroes environment:

The heroes that will thrive

With more mana and more reward when he pushes out a lane, Azmodan is undeniably gotten a whole lot better this patch. This isn't even considering the talent improvements and multiple talent builds he will now have access too.

The scariest thing about Azmodan will be the effortless pressure he can provide with General of Hell. It was already an effective split push option and now it's even better. At level 20, Forced Recruitment will be relentlessly oppressive with buffed catapults and stronger minion damage.

There was a time where the most powerful thing about E.T.C was that he could be pushing one lane and soaking experience while still threatening the Stage Dive at any moment when a team fight breaks loose. With split pushing being a more powerful, it's possible that a slower paced, solo laning E.T.C might see a resurgence.

The current E.T.C play relies on getting pickoffs and catching enemies out of position. That is a solid plan, but that get's harder to do when 4 members of the team stay as one and a dedicated split pusher is threatening to take out keeps while you are only threatening 1 or 2 hero kills.

EDIT: Dehaka is clearly another warrior that is inherently buffed in a world where splitpushing is more effective. Brushstalker provides huge global presence and Dehaka already loves to sit in lane and gathering essence anyway. I imagine a style of Dehaka play that is purely PVE in the early game, pushing lanes gaining move speed as he prepares for a strong level 13-16 spike in aggression.

Brightwing was once the best support in the game hands down. A huge part of this was her ability to soak a lane while, you guessed it, still having a team fight presence. With the new patch, this style of Brightwing player only gets more effective. It was just a couple patches ago that Brightwing's wave clear was buffed and now she can make use of it even more.

Although the most popular Shielding Phase Shift build was nerfed, healing mists style builds were buffed in exchange. I expect good things coming from Brightwing, as even if she isn't the one split pushing she is the only support that can instantly come to their aid once they inevitably become the target of ganks.

This one may be a bit of a stretch, but hear me out. With the buff to Regeneration Globes Illidan just got that much harder to lane against. Illidan was already hard to deal with on maps black Blackheart's Bay and this patch make his bottom lane superiority even more apparent.

And of course, there is often ignored second heroic, The Hunt. If there was one thing that The Hunt is really good at is punishing an enemy hero is alone. If people start sending more solo split push heroes, The Hunt seems like the perfect way to counter them and make it impossible to safely split push a lane.

I'm lumping all of these heroes together because they are, in my opinion, Specialist through and through. They don't double as ranged assassins or bruisers and their purpose lies lane control, siege damage or XP Soak. The Lost Vikings are the only one of these heroes that are not also getting considerably buffed, but I'd say that the minion damage increase benefits The Lost Vikings more than any single hero. The Lost Vikings laugh at just one puny split push and prefer to do all three lanes at once.

Meanwhile, Abathur already sees a solid amount of play, so these changes (and his buffs) purely make him stronger. He already brought some of the best-split push potential in the game, and now a good Abathur literally pushes twice as hard.

Gazlowe has never at any point been competitively viable but this massive patch is his best shot. Gazlowe won't show up to the team fights, but instead punish the enemy team for taking the team fight in the first place. His insane siege damage with the buffed robo-goblin is nothing to laugh at, especially in a world where each fort taken down means new and improved catapults.

Is this finally Gazlowe's time?