I was sincerely looking forward to the chance to talk Heroes of the Storm with Dustin Browder. It isn't the first time I've spoken with him, and every time I do I hesitate to even call it an interview. Sure, I asked questions, but his answers were so informative and filled with energy it often felt like I was sitting in on a game design master class session.

But, I was there with a job and it was important not to get lost in how fun it is to hear Dustin tell stories about his beloved Heroes of the Storm. I learned a ton in our talk and I'm glad I can share it with everyone else: 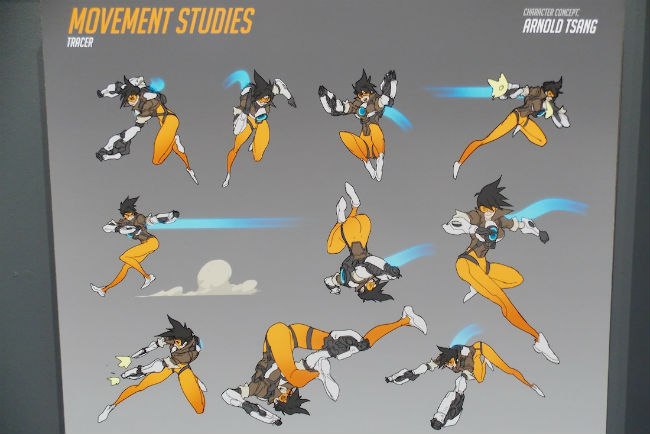 Fenix and Warfield from the Starcraft universe. It's difficult to visually differentiate these Heroes from "just another Protoss" or "just another marine" in a game like Heroes that demands visually unique characters recognizable in an instant.

“
You want to start asking yourself- what does this hero imply? Is this hero going to be weird and interesting? How many warriors have we done in a row? When was the last support hero we made? Is there any specialist we can create? These are incredibly important questions. We need vanilla staples, but there is a limit. I've been pushing the wild heroes. The difficult heroes. I want hard to play heroes. I want to see heroes that challenge me as an opponent and a player. I'm excited about Tracer for these reasons. ”

When explaining power vs. utlity to me, Dustin gave the heroic options of Lt.Morales as the perfect example.

What is more interesting?

Insights on heroes development
Thank you for voting!
Sneak peaks of the future.
Thank you for voting!
Nick “Dorazion” D'Orazio
<p>I love games and love writing about them. Heroes of the Storm GosuCrew lead and foremost advocate of Jake Badlands entering the Nexus.
Share Tweet
429 people reacted to this post