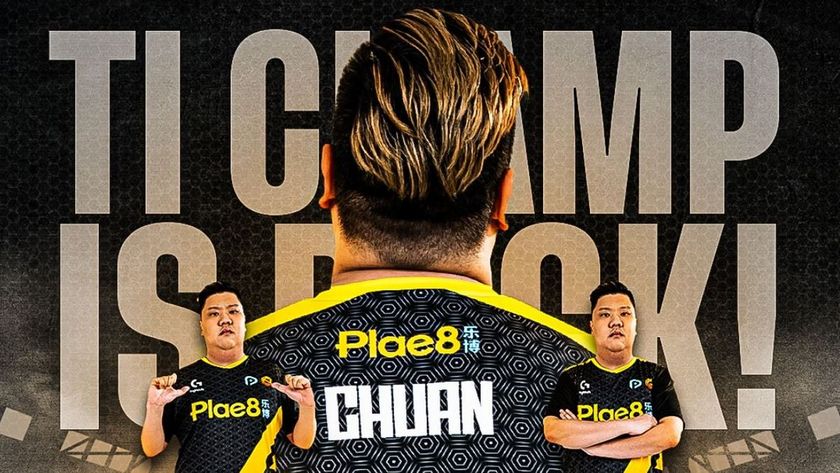 The legendary Malaysian player Wong "ChuaN"  Hock is making a return to competitive play after a four-year hiatus.

With the Summer Tour being the last regular season before The International 2022 and therefore the last chance at securing a spot at the most important tournament of the year, the only SEA player to have ever won a TI is looking to write another page of history this autumn in Singapore.

Wong "ChuaN"  Hock stepped down from competitive play, back in 2017 after failing to qualify for TI7 with Vici Gaming. He briefly returned at the beginning of 2018 to play in an international roster along with the promising pub star at that time, Anathan "ana" Pham. Echo International was short lived as Ana got recruited that year by OG and ChuaN hung the mouse for good.

Four years later, at the beginning of the current Dota Pro Circuit, ChuaN returned to the professional scene, but as a coach for the Filipino based team Neon Esports. However, in the second tour of the circuit, Neon dropped to Division 2 and their only shot at making it to TI11 now, are the regional qualifiers.

With that in mind, coach ChuaN returns to competitive play and will make his warm-up through Summer Tour  Southeast Asia Division 2 matches in the soft support position.

In his prime years, ChuaN was a part of the legendary Invictus Gaming roster, which became the first Chinese team to win The International. At TI2 he became the first Malaysian player to have lifted the Aegis of Champions above his head and to the present day he is the only one to have done so.

He has a hard task ahead, to qualify Neon Esports for the first TI that will be held in Southeast Asia. The International 2022 was announced to be held at the Singapore Indoor Stadium and Suntec Arena in October, which gives Neon a few months to get in their best shape for the regional qualifiers.

Will ChuaN make the difference for Neon Esports and qualify them for TI11?