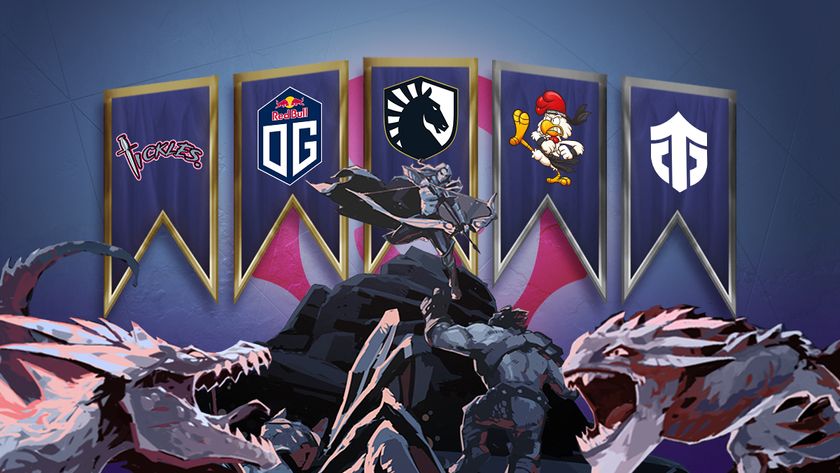 Five out of six Dota Pro Circuit regional leagues went past the half mark of the Winter Tour, and as the competitive scene enters the holiday break, we take a look at all divisions' standings heading into the new year.

Western Europe Division I has four spots to offer for the first Major of the 2021-22 DPC, along with a total of 690 points and a $205,000 prize pool. The slots distribution is as follows:

After three weeks of league play, Team Liquid stands at the very top on the ladder with five matchups already done and dusted. Their clean 5-0 series score ensures them a spot at the first Major of the DPC, which is yet to be announced. While so far all that is known about this first Major is that it is projected to happen in the second half of February 2022, the worst case scenario for Team Liquid is that they will start in the wild card stage. That can only happen if they lose their final two series.

Teams in contention for a Major spot

Right behind Team Liquid in the intermediary standings are Team Tickles and OG, tied for second place with a 3-1 overall series score. Both have played four series in the first half of the regional league and will enter the new year gunning for one of the top four slots in Western Europe Division I with three series to be played in January 2022. The tie for second place is bound to be sorted out on January 8, when these two will go head to head.

Team Tickles formed in the post TI10 shuffle, featuring two players of the now defunct Vikin.gg. The team coach, ImmortalFaith, has also stayed with  Miroslav "BOOM" Bičan and  Melchior "Seleri" Hillenkamp and helped rebuild a roster, which has taken over Vikin.gg’s previous DPC slot. So far, the effort and the hassle of going unsponsored has paid off for them and a couple more victories will fetch a Major ticket.

For OG, the new DPC year meant a full restructuring. With all the TI winners stepping down, the new roster is focused on the next generation of players.

In the previous competitive year, Ammar "ATF" Al-Assaf was the youngest player to compete in the DPC.  He was 15 years old when he made his debut with Creepwave in the lower division. Now he can be regarded as one of the most impressive offlaners, and he definitely is the player to look out for as he might just become one of the best offlaners the game has ever had.

Tundra Esports have also played four series already, but they stand at the middle of the pack with a 2-2 record. However, they end the year on a high note. While DPC was entering the winter holidays break, Tundra went on claiming the OGA Dota PIT Season 5 EU/CIS title with a crushing 3-1 victory over the TI10 champions, Team Spirit. Although this has no impact on the DPC standings, obviously, it might just give them the morale boost needed to return in January and cut through OG, Tickles and Cool Guys, the last three teams they have to face off against, and secure a  top 4 finish.

When the post TI10 shuffle concluded, Team Secret looked like they hit the jackpot when they announced a star-studded line-up with Syed "SumaiL" Hassan and Daryl Koh "iceiceice" Pei Xiang joining their ranks. On paper, the new Secret roster should have had no issues topping the Western Europe division, but in reality, after five matches they stand at the middle of the pack with just two victories and three defeats. They are not in danger of relegation, but with just two games left on the schedule, they might miss the first Major.

Alliance and Nigma Galaxy are in a dire situation as both stand at the bottom of the group with just one victory and three losses and from here on, they will fight to avoid relegation.

Division II teams are fighting for promotion. There is no Major spot to be won and there are no DPC points to grab, but the teams finishing top two here will have the chance at playing for Major tickets in the next tour. Division II has a total prize pool of $75,000 to offer and so far it looks like Adrian "Era" Kryeziu‘s Chicken Fighters are on the right track of claiming the large share of it and the promotion.

In the previous DPC year, Chicken Fighters placed bottom two of the lower division, and after tinkering with their roster, they had to go through open qualifiers for the 2021-22 Winter Tour. So, coming from open qualifiers, they are now at the top of the standings with a 4-0 overall series score and three more matches to play.

Entity, who signed the Creepwave line-up, are in the second place with five series already played and an overall 4-1 score, followed by Brame who stand on a  3-1 record.

While the battle for the top two places in Division II is still wide open, three teams will return to league play trying to avoid relegation. No Bounty Hunter are currently at the very bottom of the standings with a 0-4 series score after they had to forfeit their last series of the year due to not being able to play with their full roster for that particular matchup.

Into the Breach and Ghost Frogs are tied for second to last place in the group with an overall 1-3 series score.

Winter Tour games will resume on January 5, with both Division I and Division II playing the first matches of the new year.

Are the standings at half mark of the Winter Tour surprising to you?