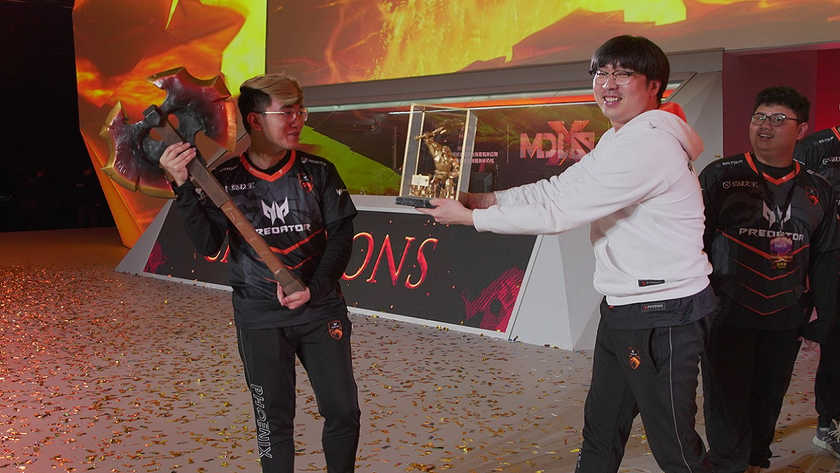 Hopes and chances were high for China to seize the first Major title of the new DPC 2019-2020 season. After all, they had two teams standing on the podium in the top three with one of them already claiming a place in the grand finals at MDL Chengdu Major. It was all foiled by TNC Predator at the end, not that it should have been much of a surprise. Just a heartbreak.

TNC had dominated the event from start to finish almost exclusively. They went undefeated in the group stage and then cruised through the upper brackets in the same fashion all the way through to the upper bracket finals. After Vici Gaming handed TNC their first set of losses for the entire event there was optimism from the crowd to finally crown a hometown hero.

In the lower brackets TNC destroyed iG 2:0 without even batting an eye. The ever-popular Morphling-Earthshaker combo prevailed and then armed with a highly farmed set of cores in the second match TNC rose back up to seek to redeem their losses against ViCi Gaming.

The first match was a completely one-sided affair with TNC taking control right from the draft stage. Having easily taken the series lead the second game TNC busted out the Morphling-Earthshaker combo once again and as they did with iG earlier, destroyed their opponents.

ViCi Gaming were down 2:0 and their backs were against the wall. Putting their all into the third match ViCi Gaming demolished TNC and looked like they had finally found their grove to make a lasting series. Unfortunately, it didn't last long.

Once again, TNC seized the Morphline-Earthshaker combo and despite being 30k behind at one point, held their ground for over an hour when they were finally able to break through for the game and series win.

Bo1 matches for 1st round of the lower bracket

Bo3 every other game

MDL held it's 10th iteration of events in Chengdu, Sichuan on November 16-24th. This was the first Major of the season for teams on the road to TI2020. Sixteen teams —15 teams determined via qualifiers and the lucky winner of the BTS Dota Summit Minor — battled it out for the lion's share of the $1,000,00,000 prize pool and 15,000 DPC points.

Will TNC be able to continue to dominate the season?

Yes, I am sure they will
Thank you for voting!
No, they will lose steam
Thank you for voting!
Cristy “Pandoradota2” Ramadani
Pandora is a behind the scenes Dota 2 professional Jack of All Trades. When not busy with Dota 2 work, she is out trying to save the world or baking cupcakes. Follow her on Twitter @pandoradota2
Share Tweet
286 people reacted to this post