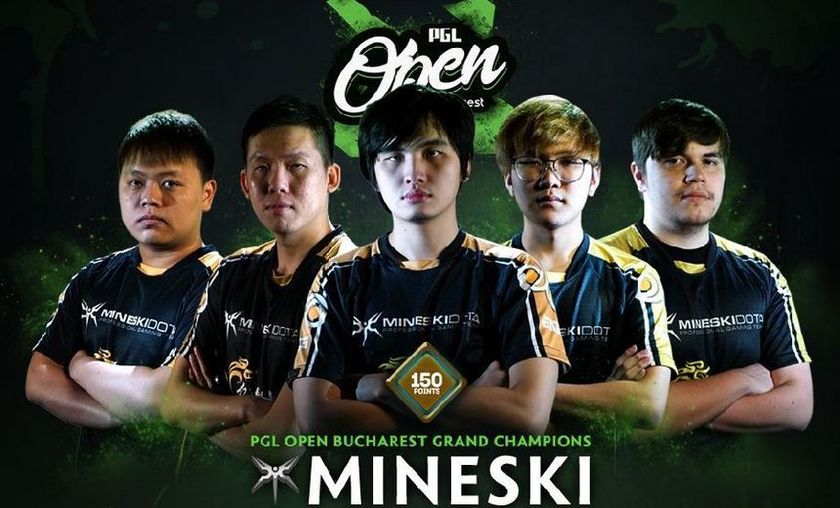 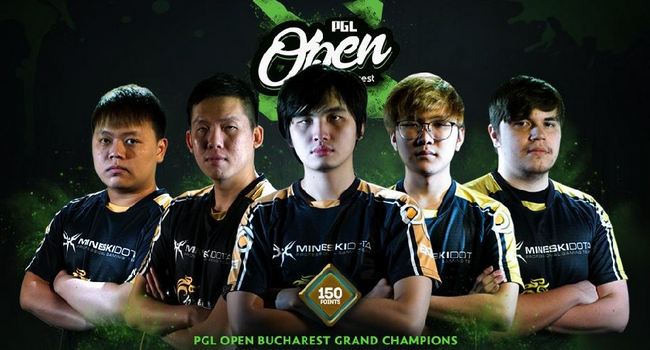 The Grand Finals of PGL Open Bucharest would see Mineski going up against LGD Gaming. The Chinese squad had a wobbly beginning to the tournament but had picked up their game a lot even though they were playing with a stand-in after Chen 'Victoria' Guanhong had a medical condition which meant he had to be replaced. The SEA squad, on the other hand, would be searching for victory and to claim the top spot in the Dota 2 Pro Circuit point rankings – after their withdrawal from the upcoming Dota Pit Minor.

Mineski got themselves off to a great start, grabbing 2 quick kills in the opening 2 minutes and avoiding the ganks coming their way. By ten minutes, Mineski held a 7-2 lead in the score but LGD were keeping themselves in contention with unrepelled tower pressure. Both teams were able to constantly claim quick pick offs around the map and while Mineski remained in the lead, LGD were beginning to make their way into the game.

LGD managed to find the opportunity to march into the Roshan pit and claim an aegis – but on the back side of this, the Radiant managed to quickly dispatch the aegis carrier, Wang 'AME' Chunyu Ursa. Even though they were still able to claim tier 2 tower objectives, Mineski were still being picked off by the Dire team and the game was not in the bag for them just yet.

But the game opened up for Mineski as they claimed an aegis and moved onto the high ground. As they ripped through and LGD’s team from the map, the Chinese squad could not defend against Yee 'Mushi' Fung Chai's Phantom Assassin or Daryl Pei 'IceIceIce' Xiang Koh's Monkey King and called GG, giving game one to Mineski.

A quick start to the game saw Mineski once again claim the first blood as they found Yao 'YAO' ZhengZheng Earthshaker attempting to grab an early bounty rune. Once again, the SEA team found a plethora of early kills and they took a 9-3 lead by the time ten minutes had passed. Only a few minutes later, Mineski forced the entire LGD team to defend their tier 2 bot lane while IceIceIce was left uncontested in the mid lane and dropped the tier 2 tower.

The Dire squad continued to rip through their opponents, claiming tower objectives constantly and racking up a great lead with only seventeen minutes passed in the game. With an aegis now in hand for Mineski, things were looking dire for the Radiant squad and Mineski were ready to claim the win. With twenty six minutes passed they showed their strength as they ripped through 4 from the Chinese squad’s line up before they destroyed them once again a few moments later, forcing multiple buybacks from LGD.

With another aegis in hand for Mineski, they cleaned up the Radiant squad once more before GG was called by LGD, giving Mineski a 2-0 series win and the PGL Open Bucharest title.

Mineski claim themselves 450 Dota Pro Circuit points and also move into the top spot in the point rankings – with 720 points in total. They also enjoy the first place prize pool of $130,000 and 150 Dota Pro Circuit points going the way of each player. Unfortunately for Mineski, they will not be participating at the AMD SAPPHIRE Dota Pit Minor coming up in a few weeks after a family emergency arouse for one of the players has forced them to withdraw.

Will Mineski continue on this run of fine form even after they miss the Dota Pit Minor event?

Yes
Thank you for voting!
No
Thank you for voting!
Jarrad “Belandrial” Adams
Belandrial has spent most of his years following Dota 2 closely, but now has found a new home in the complex world of Mobile Esports. When not watching nearly every possible esports title available, you can find me running around Azeroth or building strange bases in Valheim.
Share Tweet
1,346 people reacted to this post