LGD.FY is now both a team name and a player 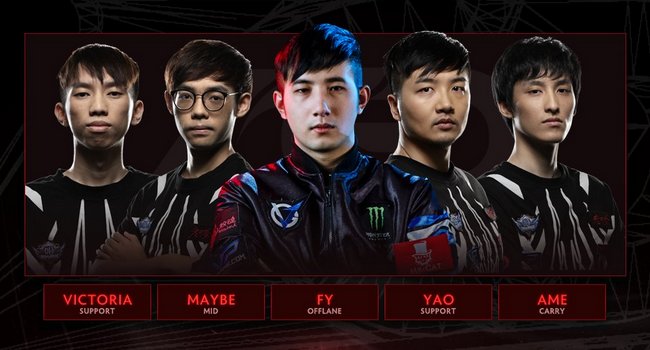 Fy God will be switching roles and replacing eLeVeN as the offlaner for LGD.Gaming in the upcoming season.

Ren 'eLeVeN' Yangwei was on loan to LGD from EHOME since March 2017. With the addition of eLeVeN, LGD managed to secure top 3 at The Summit 7, became champions at Mars Dota 2 League 2017 and achieved fourth at The International 2017. Unfortunately, his contract has ended and LGD have no choice but to bid farewell to their offlaner.

LGD have announced their replacement for eLeVeN, which is none other than Fy-God. Fy, often considered to be the best Rubick player in the world, rose to fame over the years through his amazing position 4 support plays. He and his former teammate Lu 'Fenrir' Chao has always been considered as one of the best support duo of all time. However, in the new season, Fy decided to change things up. Not only is he 'breaking up' with his support duo Fenrir again, he decided to switch to the offlane role, taking on a whole new challenge. The finalized roster for LGD.Gaming is as follows (From position 1 to 5):

Despite playing primarily support, Fy has actually won two 1 v 1 tournaments - ECL 2013 Dota 2 Season 1 v 1 tournament and the For a Few Tangoes More 1 v 1 tournament at The Summit 1 in 2014. Fy is in no doubt an extremely skilled player but will he be able to fill the huge shoes of eLeVeN as the new offlaner of LGD? That will be something to look out for in the upcoming season!

Do you think Fy can step up to the challenge from the role change?