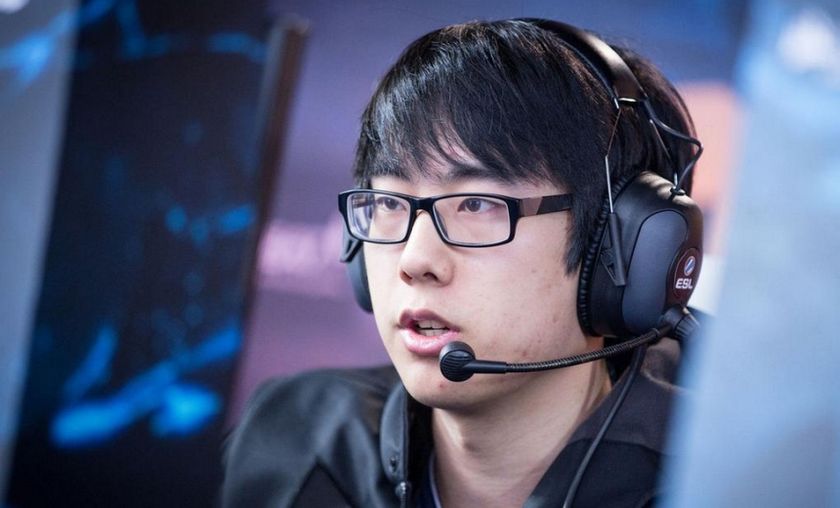 In a shocking announcement, manager of Evil Geniuses Charlie Yang tweeted that they have removed Kurtis 'Aui_2000' Ling from the team and Ling is to be replaced by former Secret player Artour 'Arteezy' Babaev.

While many teams are expected to undergo roster changes, it came as quite the surprise that the championship team will be making a change as well. In the past bar the first TI, no teams that won Valve's annual event made a change immediately after the tournament.

The reason for the change was undisclosed but Yang stated that this is the line-up the players would like to move forward with.

Following the announcement, Yang said that he is "deeply affected and very sad to see Kurtis go". Ling and Yang had a long history and Ling was allegedly the man who asked Yang to be the manager of the team when he was playing for POTM Bottom. "I cannot state enough how depressed I am to see him go. I cannot imagine how much worse he feels," Yang added.

i have been kicked from eg after winning ti. i actually hate people

"I trust the judgment of the captain and the other players. I will not make roster decisions on their behalf and I will not force players to play on rosters they don't want to play on. EG is deeply grateful to Kurtis for what he has helped contribute, and will continue to support him in whatever he decides to do and wherever he decides to go. I say this both for myself and on behalf of the organization."

Evil Geniuses will likely to head into the first Majors with Sumail, Fear, Arteezy, PPD, and Universe.

Ling moved from Cloud 9 to Evil Geniuses earlier this year to replace Arteezy and Zai. Shortly after joining the team, Ling and the rest of EG went on to win a whopping $1,200,000+ at Dota 2 Asian Championship and $6,600,000+ at The International 5. Widely known as a greedy support, Ling showcased multiple extraordinary plays and is the pioneer of the jungling Keeper of the Light strat at The Summit 3.

Ling is expected to be headhunted by multiple teams following this announcement. On another note, unless Babaev is playing support, we should expect to see some role changes happening within Evil Geniuses.