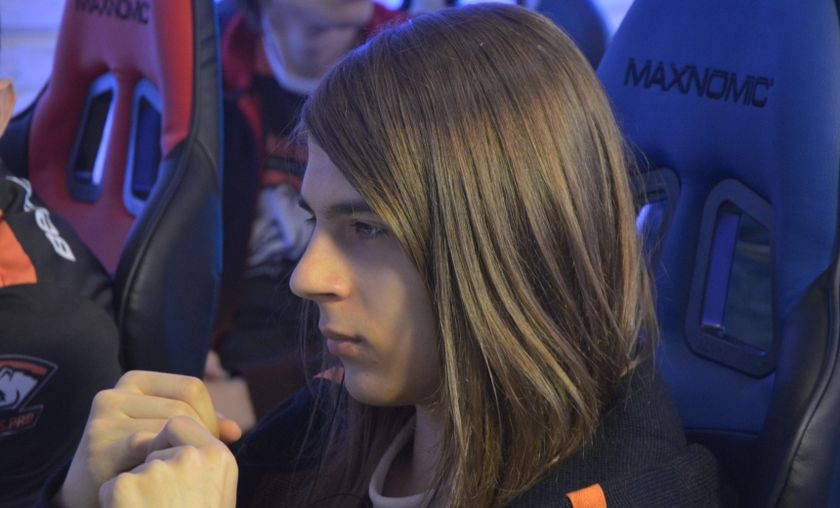 FNG: "Better to play Fnatic because we know Na`Vi and Na`Vi knows us"

So, how are you feeling after the group stage?

Was it harder than you thought, this group stage?

Yeah, I mean we finished 5th so of course it was hard

I mean because the teams in group B were very similar in skill, do you think this makes it harder than Group A because Group A had a lot of up and down teams?

Yeah, I understand what you are saying. I think it really doesn’t matter. Both groups are same skills but Dota is Dota and every team can win every other team. So what happens in our group and what happens in Group A

Okay, so after you finished the group stage you had to play a tiebreaker. Were you expecting that or did you think you were already in? Because I asked Resolution and he was very surprised about the tiebreaker.

I believe on The International side there were some rules and I wasn’t sure they had revealed the tiebreak. We asked manager to ask Valve and after that we know that if Empire will beat MVP, hot six I believe, we will play tie-breaker

I mean, of course, Yeah when you are losing its sad after all but Empire is a strong team and I can’t say they won because of the lag or something. they simply won because they were better than us in that game. What happened exactly in the second game we were out drafted and in the first game we out drafted them and in the third game we just didn’t take risks that we should take. Like we give them free Roshans and they just finish with cheese and aegis. It was a big mistake from us.

The denying of the aegis by G. What was the team’s first reaction when it happened? Was it like a gasp?

No, it was like “Illidan where is aegis? Guys, where is aegis? What? Back? Should I pause?” Team says ”Guys, I denied aegis” And we all start going like “nice, nice” But of course, we will never blame for a mistake, because it could go even worse and he could start thinking about it. So we just go joke. Everyone joking and goes “Okay, whatever.”

Okay so going into the Lower Bracket, generally it’s really hard to climb back up and end up in the playoffs. What do you think about the Best of Ones for the first round? Do you think it should be Best of Threes instead?

I think it should always be a best of three. But I mean can you blame organizers for their format. I mean you can just not play their tournament if you don’t agree, but no one will do that. So best of one? Okay, we will play best of one.

Okay, so you guys chose Fnatic? Why Fnatic over Na’Vi?

Because we know Na’Vi and they know us. And it is better for us to play against Fnatic.

Okay, so it’s because of the familiarity? Because you know them a lot and they know you a lot and you probably don’t want to play them?

Okay, so this tournament was there anyone that outperformed or over-performed? Like you didn’t expect them to do well and then you were like “Holy Shit. They are so good!”

Uhmmm, CDEC probably. Because, we played versus them in some crims and then played in the group stage. I can say that we just out drafted them and outplayed them and they were just some easy games for us. But other teams are just saying we can’t beat CDEC and were very surprised by that. But as I said Dota is Dota and everything can happen.

Alright, so who do you think underperformed? Like you didn’t expect them to do so badly?

Same reasons, we played against them in scrims and they played much better than they did in group stages.

Okay, so you think it was just nervousness? Or something else?

I don’t know. Maybe because it's they lost the first game and after that it just starts to come back. In morale terms. You just have to start from new think and don’t think about the past.

Okay, so does your team do that? Like when you lose a game, a game that was a really bad loss, do you just motivate each other and try to go into the new game?

I can say that we didn’t do that, but we are trying to fix that as much as possible. Just focusing on starting a new game.

Okay, so going into the playoffs, who do you think will finish the Top 3?

LGD and Secret? Alright, what about the other team?

It's impossible to predict

So anyone can do it?

Alright, so after this we are all going to the Secret Shop. What are you going to buy?

To be frank, I don’t know what's going to be at Secret Shop. This is my first TI so I am probably going to go there and just see everything and go “ Oh my god! This, This, This. Everything!”

I have enough. Hahaha!

Alright, so that’s the end of the interview, do you have any shoutouts you want to give?

Shoutout to our sponsors Virtus Pro, BenQ, G2A.com. Shoutouts to our haters and our fans. Shoutout to my girlfriend and to my friends.

Alright, Thanks for the interview.