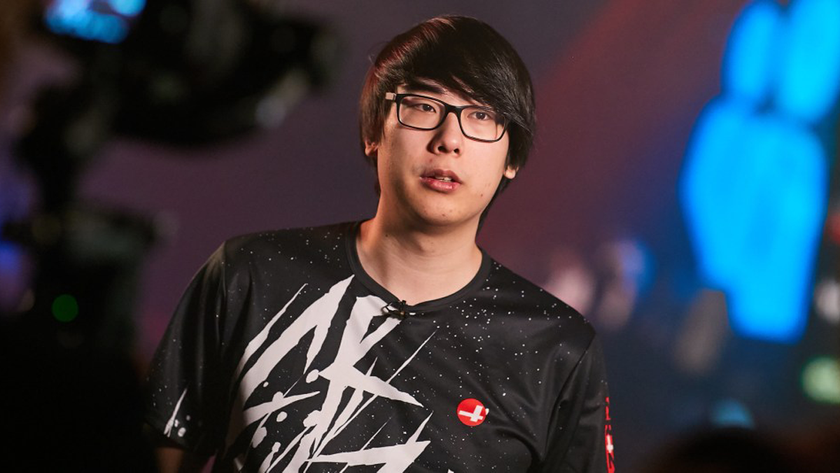 An interview with Kurtis “Aui_2000” Ling where we spoke about casting, coaching, the new meta evolving around 7.29 and the current DPC system.

From winning The International to coaching professional Dota 2 teams to casting, Kurtis “Aui_2000” Ling has done it all. GosuGamers caught up with him to talk about his recent foray into casting, being a coach, the 7.29 patch and the DPC system for the 2020-2021 Dota 2 year amongst other things.

Hello Aui! How are you and how are things in Canada with regards to the pandemic?

Recently you ventured into the world of casting. How did that happen and how are you liking it?

I had a few options which I was considering, but they didn't materialize due to the pandemic. I was a bit bored, and I messaged GoDz (David “GoDz” Parker) about casting and he was able to slot me in. It went better than expected and I’ve been having fun!

I’d say it’s going really well! People love the tricasts, and it’s not every day you see tricasts work. Is there a lot of planning and preparation that goes into it?

Casting is something you have to put time into, so hopefully, it will get even better down the line. It’s a bit difficult with tricasts, especially when you’re doing it online and you can’t see the faces of your co-casters to get an idea of when they want to talk. I feel like I cut people off a lot. I have a lot to talk about in games, but I also want my co-casters to say what they want and I’m not so good at recognizing when they want to make their point. I got some valuable feedback from Lyrical and Godz at the start, and that has made me a better caster.

So the main reason you aren’t coaching right now is that your Europe plans fell through?

It’s just not something I am currently interested in; I’m not coaching any team right now. But recently I did some replay analysis with Simply TOOBASED from North America and Tundra Esports from Europe. Players who know me reach out to me for help with breaking down their games. I’m not sure what I want to be doing right now; I’m just going whatever appeals to me at the current moment. The coaching aspect of the game does interest me in terms of furthering my knowledge. I think Dota 2 is an extremely complex game that leads to interesting paths to analyze.

What about getting back to being a player? Has that crossed your mind recently?

My motivation is slightly weird right now. Towards the end of my stint with CatJAMMERS, I was quite unmotivated and didn’t really feel like competing at the moment. I don’t feel like I enjoy playing at the moment. On top of that, I have some arm issues which make the practice regimen needed to compete at the top difficult to keep up with. So I’m not looking to play for now, but who knows in the future how I might feel.

You’re one of the few players who’s played at the top rung of Dota 2, won The International, and then transitioned to coaching. What do you think are the major challenges that come with coaching a Dota 2 team? Those are some of the things the community doesn’t get to see or experience...

The biggest challenge in coaching a professional Dota 2 team is recognizing the difference between what makes a player good and what makes a team good; which is kind of similar to differences while playing pubs and playing a professional game. Generally, when you’re playing pubs, you tend to be more focused on yourself and try to make the best personal plays. But as a team, the goal is to make something that is greater than the sum of your parts. Every time your teammate says something, you want to back it up and build upon it. The coach needs to find a way to bring the players together and meld them into a team; that’s the biggest challenge.

That makes sense! Let’s shift gears to the meta evolving around patch 7.29. How do you like it? Any particular thing that you like or dislike?

Nope, nothing like that. I think it’s a good patch.

Any thoughts on Water Runes? Do you think it has made the mid-lane better as a spectator or even as a player in top-tier pubs?

I don’t we have seen Water Runes develop completely yet. If isolated as a concept in 1 v 1 mid, it makes the mid lane low skill, where you can just spam skills, push out waves and fall back on the Water Rune. But in a professional game, there are counters to that. If the enemy team realizes you are pushing out waves for a Bottle rush and camp at the rune spots to deny you the Bottle refill, suddenly your game falls apart. On the whole, I do think it is a good concept because earlier, the power rune at four minutes was a very luck-based thing, and it wasn’t something I liked too much. Theoretically, having more resources for the mid laner to play with is better in Dota 2. The mid heroes are the ones with the highest levels early on in the game, and they hit their timings earlier as compared to the other heroes. You give them more resources, more things are bound to happen on the map! It makes for a better viewer and player experience.

There have been a few games where teams have picked up two healing supports in DPC League games. Team Liquid picked Warlock and Enchantress against Nigma and Evil Geniuses drafted Warlock and Oracle. Do you think this is a healing meta, with supports with heals given priority?

I don’t really think so, no. I think those specific heroes are strong and make a case for being picked up, but the meta does not seem to be headed in a direction where teams will prioritize two healing supports.

What are your thoughts on Dazzle? He has been buffed for a lot of patches, but he hasn’t been a regular pick in a long time in professional games. Why do you think he’s lacking in his arsenal?

Dazzle is a good pick when the enemy has a lineup with burst damage, because there is Shallow Grave to counteract it. But teams have gotten better at team fighting through the years, and they don't over commit on Grave. In theory, he should be good in long team fights because of Grave and Shadow Wave, which is a low cooldown heal. But the hero doesn’t have an ultimate (active ultimate), so he doesn’t have any offensive potential. I also don’t think he’s strong in lane, and doesn’t make moves around the map. I don’t know what needs to be buffed for Dazzle, but I think he’s probably under picked. Maybe someone will pick heroes like Omniknight and Dazzle and it will cause a shift in the meta.

I remember Evil Geniuses’ coach Kanishka “Bulba” Sosale at a Summit saying that if a new hero is picked in a professional game and used successfully, everyone just jumps on the train. This next question, you’ll be able to appreciate as a coach – one of the changes of patch 7.29 brought with it was the first pick phase was changed from 1-2-1-2 to 1-2-2-1. How does a change like that affect the minds of coaches and drafters? Is that a significant change?

In a way, yes. It gives the team second pick have a combo pick and team with first pick gets to have a counter pick to it, which wasn’t the case before. That’s pretty much how it affects the draft.

How you think either first pick or second pick is better right now?

I believe the change from patch 7.29 specifically favors the team with the first pick, because they get to have the counter pick.

Let’s talk about the DPC League system for this year. Do you like it?

What changes do you think need to be implemented?

A change that ensures teams don’t have to play eight games in a day. That’s ridiculous!

It sure is. You’ve been a part of the NA Dota 2 scene for a long time. Do you think the current DPC system has had a positive effect in bringing to light deserving tier 2 and tier 3 players and teams?

The format is good for growing talent; Simply TOOBASED are a good example of that. Except for monkeys (Jaron “monkeys-forever” Clinton), they aren’t composed of players who you would expect to compete in these tournaments, but they are looking pretty decent. I don’t watch the NA Tier 2 DPC League, but I’m sure the teams are improving. However, you won’t see those results for a while. The growth in the region will take some time to show, but I think the format is fostering that.

So you would say it would be beneficial to see the same format carry on in the years ahead?

I think so. I’ve seen a few people on Twitter the leagues are a bit too long, but I think that’s an advantage. The goal of the leagues is to provide a structured scene that offers a lot of growth potential for the lower tier teams and help them catch up with the top tier teams. What happens in Dota 2 is that if you’re not a tier 1 team, you don’t get to play in a majority of the tournaments, and it is a challenge to make the jump to a tier 1 team without much LAN or competitive experience. The format for a season is the regional leagues culminating in a DPC Major. The prize pool of the Major seemed extremely underwhelming to me, considering the work put into it, and the schedule was horrible as well. Those are areas which need improvements.

That sounds fair. What does Aui like doing when he’s not playing Dota 2 or working on things related to Dota 2?

I like eating food! But a majority of my life revolves around Dota 2.

Thank you so much for your time…

Do you like the tricasts featuring Aui_2000 in the Upper Division NA DPC League games?